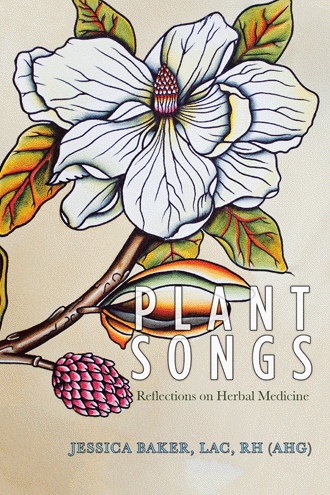 In 2008 I had the opportunity to study in Hangzhou, China, through a partnership between Five Branches University and Zhejiang University. While there, I went to the Long Jing tea plantation. Gazing upon acres of old tea terraces I could feel the intimate connection between the land and the people who had cultivated this plant since at least the 3rd century AD. I was transported back in time, when Lu Cha, Camellia sinensis, was an appreciated gift to the Chinese people. A nutritive tonic that reduces hunger, refreshes the mind, and relieves thirst and irritability; Lu Cha is the link to the survival and longevity of the Chinese people. Standing among the rows of plants, this connection is palpable. At Long Jing, the tea is still harvested and processed by hand. The love of the plant resonates with all who work there. At Long Jing, we experienced a traditional tea ceremony. All tea comes from the same plant, Camillia sinensis. We were told the history of the plantation and how its farmers still practice agricultural techniques from a thousand years ago. We were given the first, second, and third harvests off a tea plant and encouraged to taste the difference in smell, taste, and bodily sensations. Each glass was poured with elegant consistency, as tea masters take their art seriously. After the ceremony we walked around the grounds, and I saw men heating leaves to halt the oxidation and ensure these leaves became green tea and not something darker. The rhythm of the cast-iron bowls was constant, worked by hands that look weathered from the heat of the metal. I gazed across the ponds at the rock sculptures and the turtles bathing in the sun. It seemed timeless. I thought of the relationship between man and tea, the ancient knowledge of tea preparation, which is rooted in reverence, observation, and curiosity.

Plant Songs is a uniquely written book on herbal medicine that weaves personal stories with herbalism, spirituality, and environmental activism. The songs of pine, cannabis, reishi, and other medicinal herbs are shared through accounts of plant communication, clinical observations, research, and recipes. Plant Songs explores how nature heals and communicates if we slow down and listen.

Jessica Baker is an author, herbalist, acupuncturist, aromatherapist, and educator. She began studying herbal medicine in 1998 at the Dandelion Herbal Center. Jessica received her Master’s Degree of Traditional Chinese Medicine in 2008 from Five Branches University and is a licensed acupuncturist in California and Colorado. Jessica’s passion for all plants is reflected in her custom formulations and classes on aromatherapy, herbalism, and Chinese medicine. Having many years as a clinician, Jessica is a master formulator, understanding the importance of plant synergy and energetics. Her work with plant medicine has led to many great conversations and opportunities within the herbal and cannabis industries. Jessica has a private practice in Denver, CO and is also available for long distance herbal consultations.