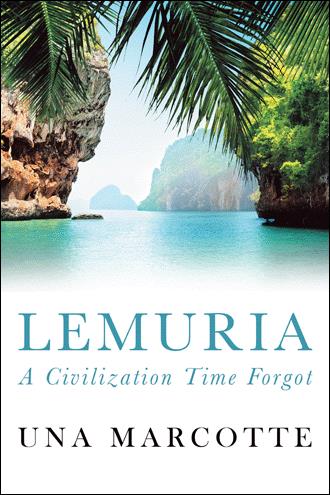 Contributing Factors to Lemuria’s Destruction The instability of the Lemurian homeland began long before the continent disappeared to the bottom of the Pacific. In fact, a number of factors contributed to its final demise among which included a degradation of high spiritual vibrations and the proliferation of large animals creating a serious menace for humans. Loss of the collective spirituality The harmony of the collective mind that contributed to Lemuria’s high levels of spirituality began to disappear when the Atlanteans arrived on their shores as explained in Chapter 4. The Atlantean tension and unrest eroded the harmonious energy projected by the Lemurians. Over the centuries, disharmony became the norm, and inequality along with feelings of Atlantean supremacy brought forth uncomfortable emotions between the two civilizations, stirring the dark momentum even further. Meditation times no longer provided enough power and strength to effectively restore peace and tranquility to boost Lemuria’s energy field to the previous high levels. For these collective reasons, the human discord took its toll on the vibrations of the beloved homeland. With the exception of the Lemurian civilization, what people didn’t understand at that time, and what people still don’t understand now, is the oneness of all life. Humans, plant-life, animals, and the Creator are all united with one another, all are one. Because of this energetic bond, human frequencies and attitudes gravely impact the earth’s energy field and the nature it supports. When the Lemurian emotional balance became distorted, the magnetic frequencies of the earth where these humans resided became unbalanced. The misaligned energies between the Lemurians and the land caused the earth to express its discomfort through earthquakes, volcanic eruptions, and tidal waves. With the loss of their collective spirituality, the positive vibrations emitting from the Lemurian people dwindled. Thus, they were no longer able to emanate enough energy to keep the continuing earth changes from weakening their continent. MacLaine explained that between astronomical movement, gravity pulls, and the disharmonious vibrations among people on earth, the continent was incapable of stabilizing itself and collapsed. She concluded that this was God’s way to use the forces of nature to throw off and eradicate the disharmony and the damage done to nature by humanity. Explosives and Large Animal Factor As mentioned in chapter 4, the earth changes altered animal habitats enough for large animals to become a menace and a dangerous threat to the people residing on the earth at this time. Both the Cayce and Montgomery information used the term “large animals” which may lead to the assumption that the sources alluded to dinosaurs. It is important to point out, however, that the dinosaur era was long over. The large animal phenomenon during the time of Lemuria’s existence entailed such prehistoric animals as mammoths, woolly mammoths, mastodons, and giant ground sloths to name a few. Journalist Elizabeth Kolbert in her book The Sixth Extinction (2014) wrote of the first mastodon bones found in 1739 on the banks of the Ohio River not far from the present city of Cincinnati. They are now housed in Paris’ Museum of Natural History. Charles le Moyne, the second Baron of Longueuil, and his French troops discovered a three and a half foot thigh bone, tusks, and a few molars the size of bricks, each weighing 10 pounds. Kolbert reported that the roots of those molars alone measured the length of a human hand. Although unknown to them as they pulled bone and molars from the mud of the Ohio, these French soldiers had uncovered the remains of an ancient mastodon. From Kolbert’s description alone, the size of the bone and molars leaves no doubt in anyone’s mind that these “large animals” were tremendously enormous compared to a human being. Taking these dimensions into consideration, it is understandable why Lemurians ran away and hid in caves whenever these large beasts came near their communities. Humans possessed no weapons that would effectively defend themselves against animals of such enormous proportions at this time. The Atlanteans began the world-wide crusade to rid the earth of these large animals by holding a summit, making it possible for representatives from all over the planet to attend by using their Atlantean inventions for transportation. Those included not only ships, but balloons, air ships controlled by the great Atlantean crystal, and what Edgar Cayce reading 262-39 indirectly referred to as zeppelins. This reading even provided a date for this memorable world meeting. It was 50,722 B.C. At this first international meeting, the world leaders decided to flush out the young from their dens, to eliminate them before they became adults. Montgomery added that the technologically inclined Atlanteans invented a toxic gas that could be propelled into the animals’ breeding grounds. To eradicate the adults, another device was invented to disturb their environments. Edgar Cayce reading 262-39 called this new innovation a Death Ray or a super-cosmic ray. According to Montgomery, this new device allowed humans to directly pursue the large animals rather than run and hide from them. With their weapons of destruction, humans bravely invaded the animals in their own lairs, something they could not do before the invention of these devastating tools. Montgomery’s guides wrote that the campaign against these huge animals lasted for hundreds of years. Several international meetings were held to discuss faster ways of ridding the world of this menace. Edgar Cayce reading 364-4 claimed that humans began to dabble in explosives to begin “. . . to cope with those of the beast form that OVERRAN the earth in many places.” Three other Cayce readings refer to humans experimenting with explosives in Atlantis. For example, reading 621-1 for a young boy stated that he was “. . . among those who aided in the preparation of the explosives, or those things that set in motion the fires of the inner portions of the earth that were turned into destructive forces . . .”

Before Atlantis, there was Lemuria. No one is certain as to when this civilization existed, but an educated guess is around 300,000 BC. It was a time when people began to live in communities and build shelters by the sea, for water was very sacred to them. The Lemurians were a highly spiritual people and practiced equality as it has never been practiced since. Everyone was equal regardless of what labor they provided for the welfare and comfort of everyone else. There was a Council of Elders, wise men and women who offered advice and suggestions to those asking for help, but even this group had no jurisdiction over anyone else in their village. The Lemurians possessed a group mind where no individuality existed or was even thought about and where no one belonged to anyone else. Even children did not belong to their mothers but to everyone residing in the community. The concept of marriage and family simply did not exist. No one owned anything either. Land, homes, and even possessions belonged to everyone in the community. It was also a matriarchal society where women were highly respected and had an equal voice with men. Learning about their lifestyle and culture, it quickly becomes apparent that modern humans would have a difficult time understanding the people of this ancient civilization. Yet it is important for humans of today to learn about Lemuria as this shift in thinking, in consciousness, that is permeating the world is actually a return to this kind, loving, compassionate Lemurian energy. The whole world is now slowly stepping up or ascending into this higher vibrational energy of love as exhibited by the earth’s first civilization, namely Lemuria.

Una Marcotte has maintained a highly successful career in a variety of fields over the years. In addition to her life-long interest in ancient civilizations, she is an avid reader, teacher, researcher and writer. Una earned a Liberal Arts degree at Marquette University and a graduate degree in Communications from the University of Wisconsin-Milwaukee. She taught high school English, Journalism, and Mass Media for nine years. She later worked for such Fortune 500 companies as the Xerox Corporation, Miller Brewing, Wang Laboratories, Bull Information Systems and lectured throughout the United States, as well as in Germany, France, Hong Kong, and Australia. After moving to Virginia Beach, Virginia, she served as an adjunct professor in Public Speaking for Tidewater Community College and directed the speakers program for Edgar Cayce’s Association for Research and Enlightenment (A.R.E.), where Una also conducted speaker training classes for eleven years. She’s written four kindle books on the art of public speaking the first of which is entitled, Create Your Speech, available on Amazon. After 20 years of meticulous research, Una has seamlessly integrated an enormous body of information on Lemuria and brought to fruition a most important compilation of knowledge and insight in a highly readable, inspiring, and extraordinary book about a pre-recorded civilization that disappeared from the planet over 52,000 years ago.