The Narrow Path to Enlightenment 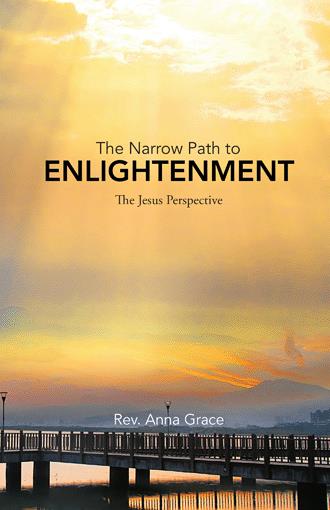 Chapter 1 - The Journey Home Enlightenment. The mysterious, magical, elusive knowledge that humanity has sought for many ages. Gurus, mystics, sages, wizards, philosophers, and scholars alike have boldly plundered the depths of existence seeking for the truth of God and the meaning of life. Though few have claimed to discover this hidden wisdom, those who have can attest to profound transformative peace once it is attained. The process of finding this veiled and ancient information has been described in tales that traverse all myths, legends, nations, peoples, and tongues. Every society in all eras has endeavored to demystify this special insight into the knowledge of the gods. Finding enlightenment has often been likened to journeying to a wondrous and serene paradise. Each culture has conjured its own unique fable to tease the imagination of the delicacies and delights of this idyllic utopian destination. Though the garden of paradise is rumored to exist, the trail leading to it has largely been forgotten due to lack of travelers. The path to this heavenly land is known for its obscurity and treachery. With many obstacles, trials, and even monsters along the way, few attempt its passage. The Bible states that a cherub with a flaming sword guards the gate to this mystical place of peace and abundance (Gen 3:24). These myths and legends are parables which symbolically depict spiritual and mystical ideas through representation in physical things. For instance, the Garden of Eden is supposed to be a physical place. Its exact location, however, is ambiguous or transitory, for it has never been pinpointed on the map. Heaven, too, is supposed to be a physical place, but then again, Jesus once claimed that actual kingdom of God is within the human body (Luke 17:21). The allusions to this paradise are portrayed throughout the ages in all sorts of types and varieties, and it’s been called by a myriad of titles, such as Nirvana, Valhalla, or Elysium. As we will soon find out, this Promised Land is not in a literal area on earth nor in the heavens, but a locale within the human. The philosopher’s stone, the pearl of wisdom, and the white stone in the forehead all whisper of the idea of enlightenment. Each requires a strenuous, arduous journey in order to be able to finally snatch this treasure from the clutches of fire-breathing beasts. In the Bible, this venture is represented in many areas, but particularly in the story of Jesus’ death. Jesus spends three dark days in the belly of the earth to rescue lost souls from the devil and return with the power of resurrection. Resurrection is symbolically the same event as awakening in enlightenment, for it is at that moment that we shall “know in full” (1 Cor 13:12). In Isaiah 26 and Daniel 12, the condition of being prior to enlightenment is described as death or sleep. Finally, when our knowledge is increased at our resurrection, we are awakened from our sleep, or our deaths in the dust of the earth. Verse 19 in Isaiah 26 reads, “Thy dead men shall live, together with my dead body shall they arise. Awake and sing, ye that dwell in the dust.” Daniel mirrors the same sentiment in verses 2 and 4, “And many of them that sleep in the dust of the earth shall awake,...But thou, O Daniel, shut up the words, and seal the book, even to the time of the end: many shall run to and fro, and knowledge shall be increased.” All of these narratives are attempting to expound in a cryptic manner the journey that humans can aspire to undertake toward a true understanding of life. Once the legends are deciphered, a coded message comes through. This message is that which the wisest men to have ever lived have tried to explain for the rest of us. Unfortunately, this journey is one that each man must walk for himself, and he simply cannot be taught this deepest wisdom by another. One must live and experience firsthand this journey to enlightenment, in order for it to be assimilated into knowing. The message of those who have traveled through the deep and murky rivers of the mind to find the pearl of truth goes like this: To obtain a peaceful existence and discover the meaning of life, one must first purify, cleanse and renew their thinking. Removing old beliefs and discrediting the foundational principles upon which one has always stood, equates to a fiery trial in dark and dangerous territory. Lighting upon true wisdom and founding one’s beliefs on the new truths learned on the path to enlightenment, rewires the mind. This allows for a total transformation of the person. The Bible states, “be ye transformed by the renewing of the mind” (Rom 12:2). Renewing the mind is the act of enlightenment. Finding ultimate truth is similar to discovering a new and glorious world.

Throughout the ages, the hidden wisdom of Jesus has been whispered about in secret circles and societies. Though many believe they have discovered the truth of the mysterious teachings of Christ, this is simply not true. Jesus himself declared that few would be able to find the path that he was paving. These novel and yet undisclosed ideas will help mankind to transition far beyond the realm of religion and into the new paradigm of enlightenment. Be prepared to be astounded and transformed by the veiled and esoteric knowledge of Jesus as it comes to light through the chapters of this book. Things are simply not as we have been taught in religion! Become one of the few to decode the parables and deepest philosophies of Jesus. Jesus’s unique and widely unknown ideas on truth and spirituality can help us uncover the meaning of life and answer the most profound questions of existence. The truth will also aid one in discovering an unwavering hope and peace.

Anna is a wife and mother of two. She is an Ordained Minister and has earned her Masters in Metaphysics. She has been on a tremendous spiritual journey over the past several years of her life and has devoted herself to meditation, study, investigation, and research into that which we call God. Her philosophical perspectives are as novel as they are profound. Anna has been able to decode many spiritual mysteries that have moved her understanding far beyond the realm of religion and into the new paradigm of Enlightenment. Now she writes to help others understand life from a new perspective. Life is so much more glorious than what it appears to be in our reality. As an author, Anna writes about the untold mysteries of the Bible, not only as a religious text, but also as an ethical, legal, and philosophical document. Though rarely explored, the Bible has profound theories on the nature of humanity, the course and role of legislation in civilization, and the problem of religion, which are deeply concealed within parable. Her goal is to bring these obscure truths to light in order that individuals can contemplate and meditate on these cutting edge concepts which are not normally taught in religious environments.