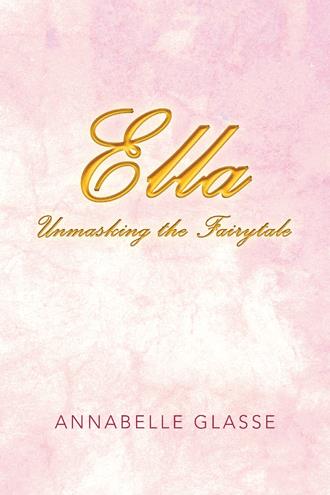 Why was there so much fear in her? With whom could she speak? Ella felt the wretchedness of middle-age, hell, old age approaching at the door. No one in pop magazines spoke about the invisibility, just creams and injections to lessen the appearance of, the embarrassment, the smirch of wrinkles. It seemed a conspiracy that everyone wanted to cover it up. No one in the media had a wrinkle or a fold of fat or would have entertained such. Each fat, aging woman was run over by the steam roller of inconsequence – her irrelevance confined to the role of anonymous maid or redundant authority figure in the house and fought the continuous battles of justification at work. The young, the beautiful, their opinions and ideas were so much more relevant. Her daughters’ lives were now standing in for her own. She was justifying her consumption of resources and life in general. She and Gavin were working harder than ever. He barely looked at her and she hid the suppressed anger and outrage of the situation behind barbed comments and veiled insults in his direction as she had begun to develop since that day under the house. They made war. Using divide and conquer tactics, she and Gavin enlisted the side-taking of their daughters against the other. For instance, Ella had always disliked Gavin’s clothing sense. He wore the same threadbare tee shirts and old shorts for years without throwing them away. Even the suit he wore to work was repaired and shiny. In the beginning, she would make gentle suggestions about buying some new clothes. Then, she would speak about it quietly with the girls, saying that they could perhaps have more influence over his clothing choices. As collateral exchange, they would agree, in these conversations. This set the ground for her to make comments with the girls in earshot about how he should get some new clothes, knowing after she’d spoken with them that they would support her views over his stolid refusal to move. This often backfired though because Gavin’s tactic was to make himself look like the butt of a terrible injustice. Silent, the look of a lamb to the slaughter on his face and in his bearing, bravely tolerating the brunt of the barbs, he was the perfect victim. Their girls would abandon her in the midst of it all and appear to feel sorry for ‘poor dad’. They would fade out of the interaction as quickly as they’d joined it and she would be left alone on the battlefield, with no weapons. This gave him a greater reason to wear the shorts and shirts for longer still. Worst of all, after she mentioned in later years how good it was to see him in a suit, how handsome he looked, he had begun keeping his suit at work and wearing to work the old shorts and tee shirts and even added rubber thongs to the ensemble. He told Ella that he would save her doing his work laundry and have his shirts and suit pants dry-cleaned at work because it was cheap. Ella was incensed by the timing: he had never even suggested or looked into having his shirts ironed (cheaply) when the children were small and she had struggled to get everything done herself. Any dissent from Ella however brought on the ‘silent victim’ from Gavin and the wheel would take another turn back to the start. He had even inserted a shuffling plod to his gait as he made his way up the stairs from work: the hard worker, returning from another big day at the office, being buffeted by the bad boys, deserving better treatment. The girls had the choice of two controlling manipulators to side with. They chose, learning manipulation tactics from the cradle and depending on their mood or needs, to whom they would pledge allegiance on any given day. All this was not in Ella’s awareness at this time of her life. Instead, she felt the endless frustration, sadness and mostly, lack of fun of her life; the fear, the panic. She covered this with a bright façade. She was a story-teller, through and through. To reinforce, Ella’s Facebook was bursting with the ‘Brag book’ images of her family’s achievements and cute pets, the idyllic lifestyle that she and Gavin lived, the ‘humble’ entries about her own ‘little contributions’ – (homemade bread, a photo-shopped - thinner, sympathetic, anti-wrinkle lighting) self in a new outfit and the captions, ‘first attempt at bread’, and ‘getting dressed up for once…’) which always brought about an avalanche of protests that ‘You are amazing, beautiful woman…’stunning’… Somewhere, Ella knew the fake of it all but it was an avalanche and she was running for her life. Just entertaining these thoughts was too blatant and savage. Pretence and denial were in order for women of her age. Women adversaries, not the sisters of the feminist studies she’d done, competing in the race for best aged, most youthful, thinnest and fittest, well heeled. Instead, Ella wore these agitations and competitions like an ulcer of pain, its messenger – fear – her constant companion. Of course, it was not in her knowledge that this was why she experienced the pain. Pain speaks for itself. After her parents had died, Ella began to notice how inhibited her movements were. How confined she had become. Terror and panic were her companions. Stirling was her prison. The suburb she’d never wanted to live in was now the only haven available to her. She clung to it as a fallen climber clinging to a rock ledge. What if she let go?

What would you do if you suddenly realized you had the choice to change how you lived? Would you follow the path you’re on or take a risk, knowing it could mean letting go of everything and everyone familiar? Ella Staines appears to live a happy, busy life in a leafy suburb; she has a husband in a good profession, grown-up kids who come and go, and fulfilling work. So why does she feel as if she’s suffocating? Has she really forgotten who she is? Ella sets out on a journey that questions the very concept of marriage. Her quest for deeper meaning and a different understanding of spirituality leads to unexpected results that threaten to tip her over the edge. Along the way, she encounters some of her old demons—patterns, power trips, and egoistic ways—that had seemed so comfortable and that had once defined her existence. Now she must swim away from them to build a new life for herself, no matter where that may lead. In this novel, a woman leaves her life behind—her thirty-year marriage, home, family, and friends—to search for a new meaning and purpose for herself.

Annabelle Glasse lives in both a large city and a small seaside town in Australia. Having raised three children and divorced, she has set out to create, design, and write while recognizing the gifts in herself and others. She believes that this path leads to her original blueprint, a destination that she hopes to reach some day.