A Short History of Heaven

Heaven in the Early History of Western Religions and Today 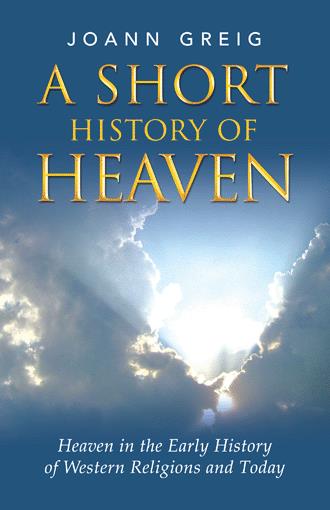 Concepts of Heaven Ideas about heaven have appeared throughout history. Jeffrey Burton Russell, American historian and religious studies scholar, in A History of Heaven, observes that heaven, a concept that has shaped much of Christian thought and attitudes, has often been neglected by modern historians.1 Christianity has played a central role in the West and instructs believers to direct their lives in this world with a view to achieving eternal life in the next.2 It is of the greatest importance that many people see their apparently imperfect physical lives as just a stage in their progress toward a world that is perfect but invisible, yet it is often neglected as a subject. Some believe that the most important aspects of the concept of heaven are the beatific vision and the mystical union. Heaven, Russell says, is the state of being in which all are united in love with one another and with God. Furthermore, Northern Irish theologian Alister Edgar McGrath notes at least one common theme that unites all these different visions and purposes. The Christian concept of heaven is iconic, rather than intellectual—something that makes its appeal to the imagination, rather than the intellect, which calls out to be visualized rather than merely understood.3 On the other hand, Professor of Hebrew Bible and Early Judaism J. Edward Wright4 maintains that to understand the heavenly realm as imagined by early Jews and Christians, we must begin with an appreciation of the images of the heavenly realm found in the texts of these two religious communities: the Hebrew Bible. And to understand the broader social context, we must also examine the beliefs of ancient Israel’s neighbors. So what do we need to do to enter heaven? Is faith in the divine needed to reach heaven, or is personal moral responsibility needed, or is special knowledge of magical techniques needed to attain heavenly realms? Might elements of older religions be found in Christianity? What is the relationship between heaven and earth? What are the most important concepts about heaven? This book takes the reader on a journey through ideas of heaven from early antiquity, through the time periods covered by the Bible, and up to the Nicene Creed in CE 381. We look at areas of similarities and differences among concepts of the cosmos, the soul, the soul’s journey into heaven, and the relevance of morality. The term Western is used to include the Jewish and Christian traditions along with the religions in ancient Egypt, Persia, Mesopotamia, Greece, and Rome. Shamanism is used as a framework for indigenous traditions involving the soul’s flight to the heavenly realms, notably in Siberian traditions. The Hebrew and Christian Bibles provide us with insights into Jews’ and Christians’ understandings of heaven. Noncanonical texts also provide insights into early attitudes, including Gnostic traditions. Literature concerning concepts of the heavenly realm, from the neighboring cultures of Egypt, Mesopotamia, Persia, Greece, and Rome, are also examined. when I was living in New York, at an Episcopal church the pastor started an informal think tank to discuss heaven, with reference

Heaven has played a central, although often unacknowledged, role in Western culture. This book explores the origins of concepts about heaven and how these may be found in Christianity. Early writings from Egypt, Mesopotamia, Persia, Greece, and Rome are explored, with elements of shamanism, as well as the Hebrew and Christian Bibles and gnostic texts. The nature of the soul, the soul’s journey, and the role of morality are also considered. The book shows how age-old beliefs about life on earth and about heaven are important today. Activities are included to encourage readers to explore their own thoughts and feelings about heaven.

Joann studied heaven in the history of Western religions at the Sophia Centre for the Study of Cosmology in Culture, University of Wales Trinity Saint David. She has several degrees, including Masters degrees in Cultural Astronomy and Astrology, and in International Relations, as well as degrees in Law and Social Sciences from New Zealand. Joann has lived and worked in the Pacific area, Western Europe, the Balkans, and the USA.