By the Gift and Power of God 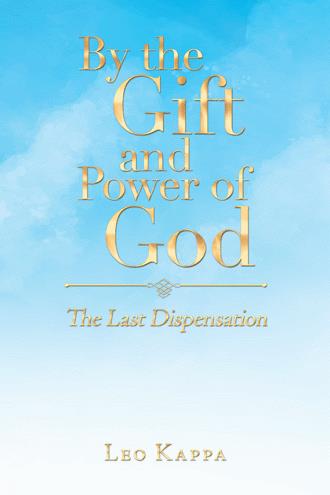 One professor of religion and philosophy confessed that he used to think Mormonism was “exotic and abnormal,” and that whenever he taught his university students about it he had a condescending attitude. But as his own Christian faith and understanding matured, and he learned more about our church, he then wrote: I have come to repent of this view, and not just because I came to my senses about how wrong it is to be rude toward somebody else’s faith. I changed my mind because I came to realize just how Christ-centered Mormonism is.(1) The LDS Church is sometimes accused of believing in “another Jesus,” that is, of having a different Christology. An LDS missionary was once confronted by someone claiming this and he replied, I believe in the Jesus Christ that was born of the Virgin Mary, in Bethlehem, about two thousand years ago. He grew to manhood and was a carpenter by trade. At about the age of thirty, he embarked on a ministry that lasted for about three years, during which time he performed many miracles and taught his apostles and disciples, as recorded in the New Testament of the Bible. He was crucified on Calvary, to atone for our sins, and on the third day, he arose from the dead, and now resides with our Father in Heaven.(2) And then, with a twinkle in his eye, the missionary asked the man confronting him what Jesus was it that he believed in. Examination of Latter-day Saint Christology shows it to be eminently consistent with the New Testament.(3) Robert Millett of Brigham Young University has written a book for mainstream Christians addressing this very topic.(4) Its Foreword and Afterword were written by Richard Mouw of Fuller Theological Seminary, and the book was recommended for reading by Christianity Today magazine, as well as by professors from Biola University and Denver Seminary. … Even though LDS Christology is a “high Christology,”(5) what it doesn’t agree with is the traditional creeds of Christendom. But those creeds were developed centuries after the close of the NT, contain key concepts not found in the Bible, and are rife with assumptions about God derived from classical secular philosophies. So it is an invalid argument to exclude the Latter-day Saints from the fold because we do not subscribe to the creeds, or the human ideas undergirding their dogmas. That sleight-of-hand fools a lot of people. Compare LDS doctrine to the Bible itself and you will see how strictly we take the word of God for what it says. And by divine endowment we have much more to offer than the other Christian churches, we have a richer portion of sacred knowledge to share. Latter-day Saints have an expanded and enhanced understanding of the gospel because of the wealth of new revelation that Jesus has bestowed in modern times, what the Lord calls in these revelations “the fulness of my gospel” (Doc. & Cov. 35: 17–18). This is because important truths, powers, and features that once were part of the original church of Christ, having been lost or altered in the following centuries, and reforming men, though sincere, being unable to recover them on their own, were restored in our day by Christ Himself through the prophet Joseph Smith. The prophet’s mission as a restorer, and as a chosen vessel for this new dispensation of the gospel, constituted the most important aspect of his calling. And this is the last dispensation of divine truths and spiritual powers from heaven to earth before He comes again. You cannot imagine, indeed no one could, the exalted nature of the eternal blessings, and the treasures of gospel knowledge, the Lord has made available for all who will receive them in faith. But it must be “line upon line,” and “milk before meat” for God’s gifts are proportional to spiritual preparedness and capacities. Once when I was a new member of the church I tried to tell an elderly gentleman, a good friend of our family, about the wonderful truth that I had found. However, he was an active member of another church, and he wouldn’t listen to me. He cut me off by saying, “Do you see that black and white T.V. I’ve got in my living room? I’ve been watching that for years, and I’m quite happy with it. If someone were to try to sell me a color T.V. I’d tell them, ‘I don't need a color T.V. My black and white one suits me just fine.’” I didn’t know how to respond to that then, and so said nothing at all, and even though his refusal to listen hurt, I hugged him and let him know I valued his friendship. Today I think I would say, “Well, if that is your choice, you don’t have to listen to what I really want to tell you about. I love you and am still your friend. Actually, I like your analogy, but there’s a great deal more at stake. The difference is in the eternal blessings one receives, the difference is in the weight of glory.” (1)Stephen H. Webb, Mormonism Obsessed with Christ, First Things, Feb. 2012. www.firstthings.com/article/2012/mormonism-obsessed-with-christ (accessed Dec., 2014). See also his book, Mormon Christianity: What Other Christians Can Learn from the Latter-day Saints. (2) Don and Brennan Kingsland, Mormons Are Christians Too, pp.11–12. (3)Encyclopedia of Mormonism, Daniel H. Ludlow, ed., s.v. Jesus Christ, pp. 723–739; Rulon T. Burton, ed., We Believe: Doctrines and Principles of The Church of Jesus Christ of Latter-day Saints, pp. 325–352. (4) Robert L. Millett, A Different Jesus? The Christ of the Latter-day Saints. (5)Before His birth Jesus was Jehovah, the God of the Old Testament: Mosiah 3:5–9; 3 Nephi 15:2–5; Ether 6:1–20; Jesus was the Creator of all things: 3 Nephi 9:15; Doc.& Cov. 38:1–3; Moses 1:30–33; Jesus is the eternally existent Spirit of truth: Doc.& Cov.93:21–26.

Although Christian academics such as Dr. Stephen Webb, Margaret Barker, and Richard Mouw classify the Latter-Day Saints as Christian, most ordinary, believing Christians remain unaware of just how very Christ-centered the LDS Church is and what a strong position the church holds scripturally and theologically. Many Christians today have never had the opportunity to consider the numerous Bible prophecies fulfilled by the Book of Mormon, the prophet Joseph Smith, the historic Christian apostasy, and the prophecies of God’s great and marvelous latter-day work, which is a new dispensation to set things right—namely the restoration we announce to the world. Christians everywhere must be informed about what God has done for them in these times and why it was necessary as we all prepare for the glorious return of our Lord Jesus with a vast host of angels to judge the earth.

The author wishes to remain anonymous.