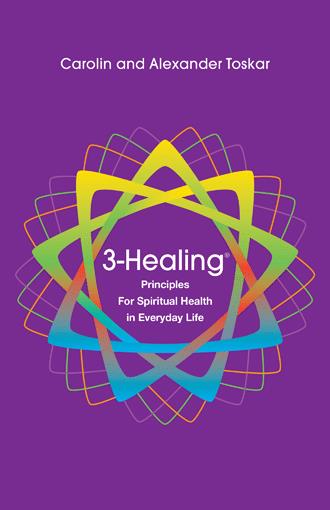 Chapter I 3-Healing Principles In the new era and the new consciousness that spreads throughout the world, spiritual truths are very close-by, accessible and more tangible then before. Thus it is vital to align oneself with this new consciousness, actively and harmoniously. At the same time, as we develop new ways of thinking by way of spiritual knowledge and experience, we might want to foster an increasingly non-material world view, in this predominantly material world, by which these spiritual truths in the shape of harmony and health, could become more effective through us, and in us. 3–Healing provides a path towards spiritual health and towards a holistically orientated humanity. These mediated principles are directed to all people of all cultures, religions and beliefs. The goal is to receive these universal forces with increased consciousness, in order to foster transparency towards a deeper understanding of our sense of existence and its realization. 3–Health and healing is an art form of spiritual healing, expressed through a new form of energy work. It is a spiritual code by which spiritual intention, laying on of hands and using the programmed healing cards, the connection of the physical body, mind and soul is experienced and strengthened. The meditations and physical exercises this book presents, offer a variety of ways by which to progressively enhance this state of interconnectedness, balance and harmony. Each one of these exercises support this process, which gradually expresses itself in the cells and organs, in thought and emotion, as well as improving all of life’s circumstances. The core of the 3-Healing Principles is expressed through the guideline of ‘think good, do good, feel good’. This is because what happens in our thoughts and consciousness directs causal law, the law of karma, and determines all levels of our being. The internalization and active functioning of the principle ‘think good, do good, feel good’, is the path to the highest principle - think GOD, do GOD, feel GOD. About the Two Natures The human body is a microcosm, which is designed precisely according to the image of the universe, the macrocosm. Every person carries, so to speak, two types of natures, a lower and a higher nature. These lower and higher natures are equipped with traits such as action, emotion and thought; however, they perform at two different levels of frequency. Humans have free will, and can decide the level of frequency by which they wish to lead their life. Often it is difficult for the individual to really choose between these two types of natures, as consciousness is commonly linked to the lower nature in daily life. The Higher Power exists in each of us as a creative and sustaining frequency that underlies everything, penetrating all cells and atoms. However, due to burdens that weigh heavily on its existence, it is often weak and restricted, because what humans focus on gains strength. Nevertheless, human beings have the choice at anytime as to whether they want to deal with, degrading or uplifting energies. The goal of 3-Healing Principles aims for a holistically orientated humanity, centred both on earth, as well as focused on spirituality and its higher nature; symbolically we could say that, implanted in human beings is the divine spark, the cosmic seed, or the atom of gold. By way of this essence, also known as Atman or Christ principle, we are connected to regions free of suffering, illness and limitations, where only harmony, health and wealth prevail. In the divine, the spiritual world, we are perfect. Humans can connect via Atman to all levels of the higher forces. The Upanishads says: "Connect your principle of mind, your consciousness, your human nature with the higher nature, the Higher Self." However, down towards the material plane, an increasingly dense shell of mental and emotional patterns generally surrounds this light-filled core of humans. The concealment of this spark can be extremely powerful by way of ignorance, bad habits or stress, so that the connectedness to the higher nature is inhibited, or no longer perceivable. These shells can be cleansed and refined through regular alignment with high levels of consciousness. This can be done by means of spiritual study and spiritual practices, in order that humans can become more transparent, intended for the light of their inner spark, thus making peaceful contact with the Divine. Within the 3-Healing Principles we use the concept of God in relation to Divine Power, Divine Principle and Higher Principle. It means always the same immutable omnipotence, which rests behind everything, from which everything arises and to which everything goes. Terms for the concepts of God are known as a particular ‘Supreme Being’, ‘Supreme Power’ (highest power) or ‘Higher Power’. In the Christian faith it’s known as the Trinity of God, in Hinduism as Trimurti, and in Islam as Allah. Buddhism is a doctrine that makes do without a God. Deities and Bodhisattvas in Buddhist mythology serve as symbols of certain states of consciousness. God is all-embracing awareness, and its expansion and augmentation its Creation. To comprehend its essence, in order to behold its wealth and to look onto God; God projects itself as light to the material world and humanity. Swami Sivananda defines the nature of God as truth, love and the light of lights. ‘God is all-pervading intelligence or consciousness. God is all-pervasive power that governs this universe and it keeps it in perfect order’. People, who judge only with their sense perception, will often not recognize the existence of God. However, whoever experiences deeper levels, by way of meditation and spiritual exercises, he or she will be certain that there is a higher authority, which is also intrinsically embedded in humans; it can work through them. Through these experiences and continuous thriving in consciousness and life, humans can enter into a holistic progression of transformation and rejuvenation. 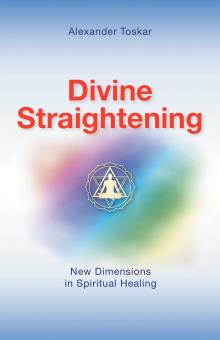 3-Healing® Principles for Spiritual Health in Everyday Life 3-Healing provides a path towards spiritual health and towards a holistically orientated humanity. These mediated principles are directed to all people of all cultures, religions and beliefs. The goal is to receive these universal forces with increased consciousness, in order to foster transparency towards a deeper understanding of our sense of existence and its realization. This book is an art form of spiritual healing, expressed through a new form of energy work. It is a spiritual concept by which, through spiritual intention, laying on of hands and using the energy cards, the connection of the physical body, mind and soul is experienced and strengthened. The 3-Healing Principles offer a variety of ways, by which to progressively enhance this state of interconnectedness, balance and harmony. Each one of these practical applications support this process, which gradually expresses itself in the cells and organs, in thoughts and emotions, as well as in improved living conditions.

Alexander and Carolin together lead spiritual centres in Germany, where they dedicate themselves to setting people on their path to health and contentment. Through regular trips they make this wonderful healing work accessible to a wide public. Information on seminars and treatments can be found here: www.toskarhealing.com www.facebook.com/toskarhealing To order the 3-Healing cards please visit: www.toskarhealing.com/3healing