For a Wayward Child of Sad Eyes and Lonely Heart 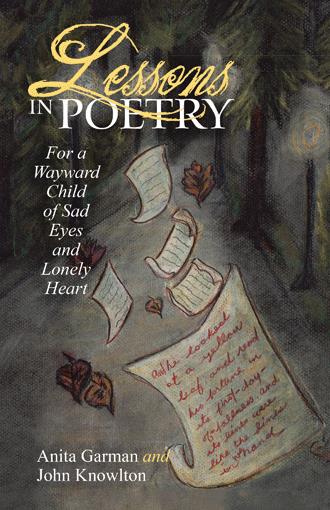 March 5, 2015, set record highs all over the Southwest, and Phoenix was no exception, with thermometers hovering near one hundred, a jarring leap in temperature, which even desert dwellers are unaccustomed to. On that day, I was headed out for a long-awaited meeting with a spiritual counseler named Hilary. Half an hour before I was to leave, I experienced the auras that presage a migraine headache. Trying to ignore the pain, I set out, determined not to miss this engagement and praying this would be one of my lesser episodes. My destination was accessed by a narrow route that led up a mountain and off onto a side street near the summit. It was a good distance from where I lived in the suburbs, and when I headed my car up the mountain, I was relieved to see that I had given myself plenty of time. Suddenly, I came upon a blockade that allowed no further access. I turned back to try another route but found, after several such attempts, every avenue to my destination blockaded for street paving. Finally, I put a call in to Hilary, who cheerfully offered to walk down and meet me at the blockade. I pulled over and got out of the car, with a throbbing head, to blistering heat and blinding sun and began trudging up the mountain toward the blockade. I was beginning to view this as a symbolic journey, a test of my resolve. Hilary asked me inside, and as we settled in, I told her my situation as a widow of two years who seemed to be marking time as I looked forward to joining my husband. And soon, she began a reading that was to alter completely the perception I held of my life… She said of me… “You’ve had a wide-eyed, innocent search in your life. Regardless of whatever years you’ve had attached to your name, you’ve actually had the eyes of the innocent child throughout your whole life, that ability to look with the eyes of a child that sees magic, that sees things afresh, that is able to be in awe and wonderment.” She spoke of [my husband] as well. “He was really holding that little girl and gave her a way to be in the world that was safe and protected, cared for and cherished. What you gave him was a part of himself that he was not in touch with—that ability to see with innocent eyes, the eyes of truth, of love, of awe and wonderment. The two of you had this beautiful agreement to experience the world together, using your eyes on the world, his ability to dream and interpret. The two of you were able to travel together in your lives and experience many things from this beautiful place.” I agreed with her, shared with her how I had found the letter in the book and later discovered the box of his writings—how he spoke of the two of us as children together. Hilary went on. “It was an otherworldly world that you got to inhabit, and without him here, it’s hard for you to inhabit it, because he was part of creating and holding it.” There was much more, but I couldn’t wait to ask her about the book. I told her that Janet had suggested over a year ago that I write a memoir honoring his life and that recently I had been giving it serious consideration. But I acknowledged that it was also a huge commitment for me to take on so late in life. Yet it would fulfill my wish to write a tribute to him. And then we both expressed the idea, almost in the same breath, that this would be a weaving of his poems and mine. “And maybe,” she continued, “your book is a way of having him be seen and to bring his essence, which is still left here in the world in his poetry. What if he’s watching over you so you can bring that piece, which has sense in another realm and is not yet brought into this realm, and as you bring it through, you’re not completing just your life, but you are completing both your lives?” Yes, I thought, what if … What a beautiful concept that was. In that moment, she gave me a sense of purpose about the book, that it would complete our relationship on this earth and that whether or not I ever shared it with anyone, the writing of it was the important thing. “He will help you with this,” she told me as we parted. “He already has.” The day had been mythic for me—from the labyrnthine journey up the mountain, facing dead ends at every turn, to the meeting of a wise woman who pulled random threads from my consciousness and wove them into a beautiful tapestry. She fit all the intimations floating in my psyche into the allegory I had chosen for my life and, finally, was instrumental in sealing it with the reemergence of a long-lost story. She had allowed me to see the archetypes that were playing out in my life. Over the next days, my excitement about writing the story of Johnny and me continued to grow. It was the story of the journey of our lives, which had come to fruition in the full realization of our love, only after we had experienced the final separation. I believed, as I would write and he would guide my hand, it was up to us together to bring this story into words, whether published or tucked away, which would be the evidence that it happened, that it was real, and that it was magic.

After her husband’s death—ending a marriage of 58 years—and in the midst of paralyzing grief, Anita Garman senses she is on a parallel journey with her husband’s soul. Ever distrustful of her own feelings, she finds herself in a ceaseless inner struggle between doubt and belief, reason and intuition.

But when a friend begins to recount dreams of messages sent her, which are unmistakably from her husband, Anita begins to challenge her own skepticism. A string of mysteriously synchronous events, together with her rediscovery of his love poems to her, draws her deep into a new relationship with him.

Her husband’s poetry and Anita’s letters to him intertwine to set up a connection that echoes across time and space as, late in life, she finds her way to a deeper, truer way of loving. This memoir is a magical love story of possibility that reaches beyond the threshold of death to unite earth and spirit in a promise of limitless connection.

Anita Garman and John Knowlton met at Lewis and Clark College in 1951. They were married in 1954 and completed graduate studies at the University of Oregon. John taught Spanish poetry at Arizona State University and Anita provided training to teachers in student self-esteem. She has been a hobbyist writer for much of her life and now lives in Gilbert, Arizona.