The Neuroscience On Sex Differences, Music, Gaming and More 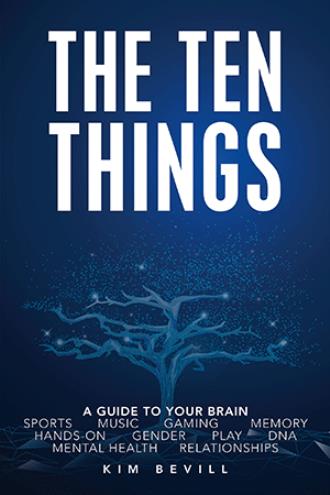 Chapter 1: Sex Differences: 7 Things You Will Want to Know Understanding the other sex? You have to know 7 things … what they are looking for! What started as panic in her voice progressed into mild hyperventilation the day my Mom called the doctor…“My son just drank a bottle of perfume! Wait…wait…he just sprayed deodorant in his face. Hang on, (she dropped the phone) in those days phones were attached to cords! She ran to catch him but he ran through the open front door. I’m sure the doctor’s office could her scream for my sister, “Vicki, get him, he’s taken off his diaper again and he’s headed to the Masons’ (our neighbor’s 3 doors down… and across a street.) Mom returned to the phone, now in tears, “is there something wrong with him?” The doctor asked if it was her first time at home with a 2-year-old boy! The bizarre stories in our lives are constant and always starring boys and girls and the insanity! “Guess what my son did” or “You’ll never believe what my daughter, husband or wife, etc.” With raised eyebrows and rage we ask… “does he have a brain” or “is she crazy”, which gives way to genuine upset and concern for all males or for all females! The conversation ends with friends giving heart-felt reassurances that they are all certifiable, will grow out of it, have always known that person to be a grade-A jerk followed by laughing, some screaming, and the reality that the frustrating behaviors will probably happen again. It’s just that sometimes those hilarious differences aren’t funny. When even minor sex-differences happen in our adult life where stakes are high, misunderstandings can lead to terrible conflict. A broken friendship, broken-heart, means conflict and anger at work are gut-wrenching and trigger even more inflammatory behaviors (by the opposite sex) and can spiral into a catastrophe. A break up is not just a sad for us to deal with, it is highly dangerous to our emotional health, physical health, and can take a massive financial toll. The stakes couldn’t be higher. Successful relationships are the holy grail for happiness and quality of life, both men and women. But conflict between the sexes doesn’t have to be a part of life, neuroscience offers the explanation of “baffling” behaviors. Understanding sex-differences removes the quagmire of failure in school, in work, in marriage. Relatively minor changes will galvanize what feel like vulnerable relationships, improve our immune system, economic security, even creativity; you see, a happy brain is more innovative and likely to “think outside the box”! The fact that you are reading about sex-based differences means all of us are one step closer to harmony at home, the workplace, school. The biggest block in addressing the reality of men and women, boys and girls, is that it’s maybe the most controversial topic of our time… fear of offending stops us from admitting there are neurobiological realities. Only by overcoming this taboo can we avert our greatest threats from the “maladaptive” behaviors that bring divorce, workplace strife and worse. The consequences of the inequity can even be dangerous in areas that would surprise you. The most dangerous implication of failing to realize the sex-differences means we lose global “general intelligence”. Research on collective intelligence shows more heterogenous people in a group increase innovation and problem-solving performance significantly . In another, they showed groups of 4-5 people with more women increased performance by 40%. The female behavior? Reading facial expressions meant “turn-taking”; this in stark contrast to the belief that dominating is the trait of a “leader”. Training to read faces increases intelligence, and training to take-risks increases the chance a female will pursue or remain in a male-dominated field and places where complex problems must be solved. These 7 things will get us there! Understanding 7 differences changes discipline issues, depression and divorce! Consider these two questions before thinking sex-differences…first, is our society ready to admit that men and women are innately different, and second, do we have the courage to accept the neurological findings? The growing evidence shows significant neural structure and specialized function may explain the variable cognitive abilities and glaring behavioral differences that result in “starkly” different behavior. What if failure to respect the differences is unethical or worse causes unnecessary inequities in the workplace, in education, at strife at home? Now imagine what seems to be bizarre behavior is actually normal, not “bad” behavior? Once you understand the 7 differences, workplace inequity will improve, academic gaps will go away, even depression and divorce. Difference #1: Men, and boys, are looking to find someone to go do something! Anyone who has been near males has noticed, boys and men are moving; like a constant state of “let’s go…” Over a thousand male subjects answered the survey question…“what do you look for in a friend?” No surprise here, for boys, men, (and mothers of boys) he said he is looking for a physical or sport-related activity: to play, to watch a game, to go camping, to climb, to hunt, to golf, to mountain bike . For centuries male activity ensured survival, his specialized job…hunting food, (high activity) and protecting from dangers required constant activity and attention to surrounding activity. A side-effect of his “job” to find companions increased his chances of succeeding “at his job” and it still is. These companions are crucial…males define emotional closeness as “doing more activities together”. In stark contrast, females define emotional closeness as “more time together”. Though she will engage in activities, she does not consider it to be emotional closeness. Females are looking for someone to talk and to share and to spend time together… Girls lean in close for chatting and whispering; women talking and making eye-contact…this she calls emotional closeness.

The Ten Things provides game-changing science that your life may depend on. In these pages you will find the neuroscience that supports behaviors key to excellence, academic and athletic. Imagine there are 10 things that make up the essential needs of every single one of us. No one will want to miss even one as you will need it for work, for family, for school, and for a great life! • Quick tricks that will make your life, all your relationships and work performance better in as little as 90 seconds. • Increase potential and energy for innovation, productivity, and happiness! • A fast update to the most recent and most important neuroscience in a way you understand and use it intuitively. • The strategies boost mood, initiative, creativity and hope as soon as you begin; the results suggest as much as a 40% boost to problem-solving, with intelligence and social skills, and it doesn’t cost a dime. The best part is you don’t have to work at it, the effects are unconscious. You’ll be shocked how even one thing can change your life. Using these strategies improve productivity, happiness, and your best performance. This cutting-edge neuroscience allows anyone, at any age to see immediate results. No need to keep track of all the best for your brain, it’s packaged all in one place in this book. You’ll find a meaningful, user-friendly guide to mental health and relationships with sports, music, play, and hands-on. Things you wouldn’t expect are magic: • Foods for a flatter belly and better memory • Simple movements that increase intelligence and improve social behaviors • A few self-generated visuals and words that cause elite, athletic performance “It’s like I had to keep reading it. The way you wrote it, it’s a gift to anyone who reads it…what a difference maker.” Claire C.

It’s important for you to know I am not a writer. I’m a full-time researcher of experiments about the brain and I have been doing for 20 years. I am a public speaker, lecturer and adjunct University Instructor, former high school teacher, business owner and a single-Mom. People pay me to tell them what to do, which makes me a professional “bossy pants”. I have researched and designed 18 courses over the years based on what I consider to be the most pressing issues anyone with a brain needs to know. I have placed the most current research and most compelling strategies for how-to-get-to-your-best-life in one place. I don’t believe most people have the time to hunt down the underpinnings of the brain and translate it into a meaningful, user-friendly format; so, I did this for you fueled by obsessive passion! I conduct professional development for the most unruly of professionals, offer certificates and professional credit, speak at conferences and have traveled as far as Australia to do it. Finally, after 10 years of my clients, friends and family begging me to just write it down so they don’t have to listen to the research I consider “game-changing” here it goes. Should you make some changes and notice something fabulous, please report back to me to let me know.