Conversations between the Third Green and the Fourth Tee 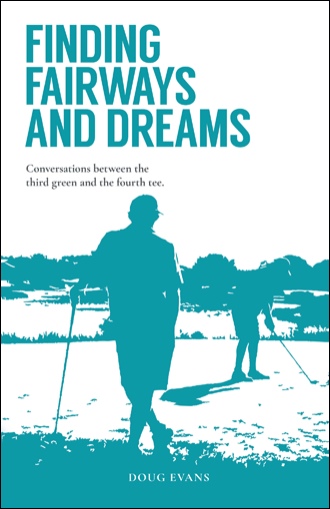 An unlikely turn of events inspires Davey Neilson to become one of the most highly regarded caddies in professional golf. Growing up in a small town north of Melbourne, he enters the world of golf almost by accident. He possesses a remarkable intuition and emotional intelligence, both of which help to propel him to the top of golf—and enrich the lives of those around him. In a series of tales narrated by his closest friend, Dave demonstrates almost supernatural abilities over the course of an extraordinary career. He holds deeply ingrained values and principles that face continual challenges throughout his career and his life, yet he rises above these setbacks to serve as an example for those around him. His story provides simple yet powerful lessons as he evolves from an observer and learner to a teacher and mentor, sharing knowledge about how the right state of mind can improve anyone’s performance and quality of life. This novel explores the power of having a caddy figure in one’s life to serve as a mentor, guide, protector, psychologist, manager, and friend.

Doug Evans grew up in Australia, where sport is a very prominent part of life. Golf has been a lifelong passion for him, one that has sustained him through tough times. He has worked in a number of corporate executive roles, beginning in HR and progressing to CEO in multiple large business across a range of sectors. He currently lives in Queensland, Australia.