Visualize Your Way to Happiness

Make Your Subconscious Your Trusted Advisor 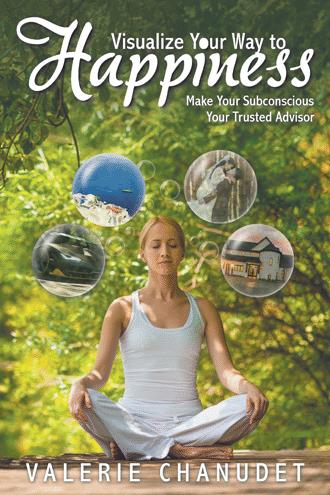 To demonstrate how powerful this technique is, let me give you an example. I had been living in the Haute-Savoie in the east of France for a few months. I was renting an apartment, but soon decided it would be more sensible to buy a place rather than keep throwing money down the drain by paying rent. So, one evening in March, I made myself comfortable at home, I carried out my little ritual and I began my visualisation session. I imagine that I am parking the car in the garage after coming home from work. I open the door to my apartment. I visualise the colors of the walls, the floor. I see where I keep my shoes and my jacket. I see myself make something to eat, watching TV. I imagine my bathroom, my bedroom. Mentally, I live in this apartment. I affirm that I live happily in my apartment that is worth such and such an amount. I finished my visualisation session and I went about my life as normal. Then, sometime in early June, I had an urge to buy the local newspaper. I almost never buy newspapers! But that day, I surprised myself by wanting to buy that particular paper. So I bought it, and flipped straight to the small ads section. I only noticed one ad on the page, as if it was separate from all the rest. I called the estate agent’s and "as if by chance" they were able to show me round immediately. Perfect! As soon as the door to the apartment opened, I knew it was mine. Even before stepping over the threshold, I knew where the kitchen, the bathroom and the bedroom were already, since I had visualized them three months earlier. When they told me the asking price, I thought I was going to keel over laughing because it was the same price I had set myself. "Okay, I'll take it." "Er, don’t you want to think about it?" Well, what was there to think about? The perfect apartment I had mentally visualized all those months ago? Great, don't you think? Of course it is, but there’s more. I asked: "Do you think I could have the keys by July"?" "No, there's no chance before September. Everyone's on holiday in July and August." "No, no, I really want to be in before the 15th of July at the latest." Two weeks later, I received a phone call from the estate agent's to tell me that the solicitor was keen to settle everything before he went on holiday and would the 16th July suit me? So I had the keys for the apartment I had imagined, at the price and on the date I wanted

In this book, you will learn the art of using visualization and your mental power to transform your life and attract love, wealth, and health and fulfill all your desires.

Valerie Chanudet is an hypnotherapist in France. After over 20 years of practice, training and research, she has helped women to get their act together and transform their life, to develop their self-confidence and their creativity. You’ll find more information about her different programs on her website : www.valeriechanudet.com