Questions from the Physical World, Answers from the Spirit World 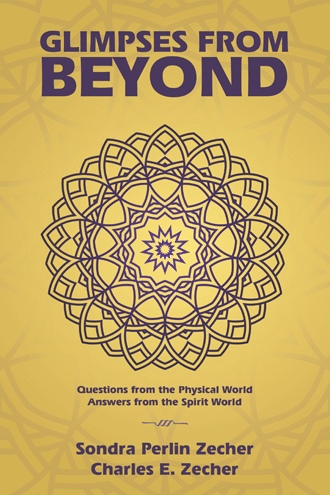 GLIMPSES FROM BEYOND has been written as a result of many deep-trance channeling sessions held during monthly meetings of the Coral Springs Metaphysical Group over a period of several years. As a medium, Sondra Perlin Zecher put herself into an altered state and allowed her spirit guide to speak directly through her. Members of the group were then able to ask questions directly to the spirit guide and receive answers from him. The sessions were digitally recorded and approximately 1500 questions that are of general interest provide the basis for this book. The responses do not necessarily reflect the opinions or beliefs of the authors but are merely the information that was channeled through Sondra while she was in a deep trance. Listed below are the chapters of the book and sample questions from each. Only the questions are shown but the answers are also in the book. DEATH: THE TRANSITION TO A NEW LIFE IN THE SPIRIT WORLD Would you describe what the majority of individuals experience in the process of transitioning from the physical world to the spirit world? When one passes over, is it important to have a funeral with a priest or rabbi or minister to assure the safe passing? LIFE IN THE SPIRIT WORLD Do people in your world have the same kinds of emotions as those in our world? Do those in your world have the ability to hear, see, and read the minds of those in our world? EARTHBOUND SPIRITS: GHOSTS, POLTERGEISTS, DEMONS What are earthbound spirits? Are there any rules that ghosts must play by? COMMUNICATION AND INFLUENCES FROM THE SPIRITS AND OTHER UNSEEN SOURCES Do all people have a spirit guide who stays with them throughout their life? Do entities in your world sometimes seek to harm people in our world who wronged them while they were together in the physical? Can the harm be real? MY GUIDE When we ask you questions do you receive information from levels above you or from the angels? Would you be able to tell us if you were one of the major personages portrayed in the Old Testament of our Bible? JESUS AND OTHER PERSONALITIES IN THE SPIRIT WORLD Would you describe the physical appearance of Jesus when he was on Earth, such as his hair, skin color, stature, facial features etc.? Although you have said that Jesus actually died on the cross, did he ever marry? Did he have children? REINCARNATION What would you consider to be a high number of lifetimes for a soul to have reincarnated on Earth Do people have different lifetime experiences in all of the human races? Are there significant evolution- ary differences among the races? KARMA In some circumstances can individuals be absolved of paying back karmic debts and the slate swept clean, so to speak? RELIGION Are many of the events portrayed in the Old Testament of the Bible actually a recounting of encounters with entities from other worlds? What was the role of or the importance of the Ark of the Covenant in the Bible? ANGELS Just as we have a spirit guide who stays with us through our physical life, do we also have a specific angel to help and protect us? Do angels have the ability to help us change our attitudes, emotions or desires? HUMANS AND THEIR EVOLUTION What is the origin of the different races on earth? What is your definition of the soul? GOD, CREATION AND THE UNIVERSE Are there other planets outside of our solar system which could support Earth humans in the physical as we now are? In comparison with physical life in other star systems, what aspect of life would you say is the most difficult on Earth? EXTRATERRESTRIAL INVOLVEMENT WITH EARTH Is it true that Adam and Eve were super humans who came here from somewhere else to infuse their DNA with that of the humans on Earth at that time? Have extraterrestrial beings created genetically modified both humans and animals on Earth? OTHER PLANETS AND THEIR INHABITANTS Some people believe that there is another planet in our solar system, often referred to as the twelfth planet, that revolves around our sun in a huge elliptical orbit. Does such a planet exist? LIFE ON OTHER PLANETS Do those on other planets communicate to each other through spoken language? Are there multiple spoken languages on other planets as there are on Earth? THE WORLD BEFORE BIBLICAL TIMES What was the purpose of the construction of the great pyramid at Giza? Can you tell us about the origin and original usage of the huge statues on Easter Island? THE WORLD FROM BIBLICAL TIMES TO THE PRESENT Who killed Jean Benet Ramsey? What was the cause of the Great Flood? THE WORLD OF THE FUTURE Will there be any more wars as great as World War II? If so, when? With whom? Will the radical Muslim movement become less of a serious threat to us in this generation? HEALTH, HEALING AND PROTECTION Is the wearing of gold of benefit to the health of the human physical body? Is much of what is said about various kinds of crystals being able to aid humans or to bring healing correct? ANIMALS AND INSECTS Is Darwin's theory of evolution mostly correct, somewhat correct, or mostly incorrect? Are domestic animals sometimes predetermined to be with their owners? GOVERNMENT COVER-UPS, CONSPIRACIES, SECRET SOCIETIES Are behind the scene powers in American politics so strong and influential that it really doesn't matter whom we elect as our president? Is there secret cooperation between our government and aliens? SCIENCE AND TECHNOLOGY Does scalar energy have the potential to provide much of the world's energy needs and thus relieve us of our dependency on fossil fuels? THE MYSTERIOUS EARTH: PLACES. ANCIENT STRUCTURES & ARTIFACTS Are there ancient stone monuments on Earth today that predated the Great Flood? Is global warming caused by man or is it a natural phenomenon? 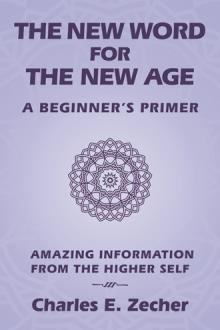 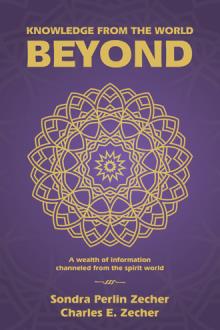 The content of this book is material channeled through the author by her spirit guide. If you are not interested in having your personal belief system offended, particularly in the areas of religion and generally accepted historical accounts, please do not read this book. Much of the content herein flies in the face of traditional thinking and beliefs, most notably in the area of religion. On the other hand, some of the content supports religious concepts, even though from a non-traditional point of view. The author herself finds some of the ideas hard to accept or even give minimal credence to. Therefore, she cannot vouch for the validity of much of what the book contains. The book does, however, present a great deal of thought for the readers to ponder. It is solely up to them to espouse or to reject whatever they so choose. The author is making no attempt to promote anything. Nevertheless, the material is presented exactly as it was channeled through her by her spirit guide at the monthly meetings of the Coral Springs (FL) Metaphysical Group.

Sondra Perlin-Zecher has been active in the metaphysical field for more than forty years. She is a clairvoyant, clairaudient medium whose life’s work has been devoted to helping others through psychic readings and counseling. She is probably best known as the psychic who solved the Son of Sam mass murder case. She works with law enforcement in solving crimes. As a medical intuitive, she often works with medical doctors in diagnosing problems. Her educational background includes graduate degrees in art, social work and psychology. Her formal training, combined with her psychic sensitivity, has enabled her to provide help to numbers of individuals, medical doctors, and law enforcement officials including the FBI. Charles E. Zecher has been a student of metaphysics and the paranormal for more than fifty years. His professional career spanned nearly forty years as an educator and school administrator at the secondary school level and universities in New Jersey and Pennsylvania. He is certified as an advanced clinical hypnotherapist. For nearly thirty years, he has worked with his wife in offering programs of interest in their homes in Bridgewater, New Jersey and in Coral Springs, Florida. Charles and Sondra are former directors of the Central Jersey area Mutual Interest Group of the Association for Research and Enlightenment. They currently sponsor the Coral Springs Metaphysical Group. They have two adult sons and reside in Coral Springs, Florida. They can be contacted at zecher@myacc.net.