Peace, Love, and Joy Are Your Reality 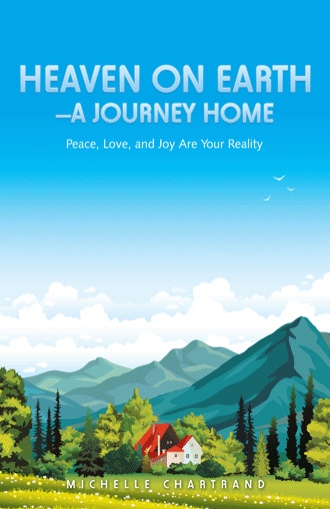 Throughout this lifetime, you have believed yourself to be a separate individual. What if that were false? What if your reality was much more than that—Life, boundless and free, infinite and eternal, the experience of unconditional love? Heaven On Earth-A Journey Home delves into the realization that there are no separate individuals. There is only Life. Life does its thing, whether or not it is recognized, and with that realization comes great peace. The suffering, the stories, the chaos, and the emotional roller coaster ride end. Any identity tied into the self—beliefs, concepts, and stories—dissolve, and Life’s vastness, beauty, and love are revealed. What appeared to require effort becomes effortless. Life simply happens. It is what is. Life expresses itself through every form and every form is Life. There is no separation. Liberation is the end of the dream of separateness. Look within and see if you can find a separate self. Seeing through the illusion is the end of suffering.

In this lifetime, Michelle Chartrand has been a daughter, sister, wife, mother, grandmother, and friend. Two years ago, the seeing that she is much more was realized. Life nudged her to share these discoveries through this book.