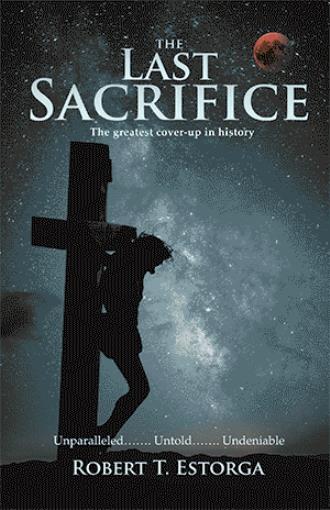 Emerging from the shadows, a lone survivor, a Major Chapman exclaims, “I don’t believe it, are you for real?” His heavy British accent and tattered uniform doesn’t stop one young sailor from grabbing the Major and pressing a knife to his neck. The Major spins the sailor to the ground, and deftly puts the knife to the sailor’s throat. “Major Chapman, at your service!” The Major smiles as he flips the knife and offers it back. The crewmen deliver the Major below deck to Commander Ben and the others. There, a friendly debrief ensues. A cautious Ben starts. “How long have you been here?” The Major has questions too, “What year is it?” “1956.” Zac suddenly recalls a story circulating about a disastrous British secret mission to the Antarctic. The Major exclaims, “Blimey! 9 years!” Zac, fearing a similar fate, becomes sarcastic, “Well, that’s encouraging.” Excitedly looking about at his surroundings, the Major exclaims, “This is great. So, you’re scouting? Is the armada waiting for your signal?” Ben’s not yet ready to answer any of the Major’s questions. “How did you survive all this time?” A sailor hands Major Chapman a cup of coffee as he replies, “It wasn’t easy at first, until I found this sub pen. They keep these boats well stocked. A little here, a little there, so as not to raise suspicion.” An anxious Nick focuses on extracting info relevant to the mission. “What can you tell us about any sort of plans?” The Major puts his coffee down. “You mean, what are you up against? I’m afraid it doesn’t look good, ol’ boy. The other day, a dozen, or so, flying disks arrived from the north. The Nazis seemed startled, as if it was unexpected.” Zac, Nick and Jacob glance at each other. The Major continues, “Don’t underestimate those disks. They go down easy enough, if you can hit them. Their faster than anything.” Zac leans in. “What about outside contacts?” The Major’s cheerful demeanor diminishes as he finds himself caught between Nick and Zac’s driven queries, “Contacts? You just wouldn’t believe me. At times, they seem to just appear. Other times, they emerge from these flying disks. Hellish creatures.” Zac’s inpatients’ shows. “I meant something more along the lines of human sympathizers.” “Wait a minute! Major Chapman suddenly puts two and two together. “Those chaps were loading a crate. That’s not scouting! You’re alone! You’re already in the middle of some stupid, bloody plan!” The others look at each other as a sailor walks into the room. “Sir, some of the injured, from the collision.” Ben quickly responds, “Yes, does the Major know of any medical facilities?”

What incredible events occurred at the Crucifixion that caused a hardened Centurion to proclaim Jesus Christ as the Son of God, knowing that such failed allegiance to Caesar could cost him his life? And it did.

—For 2,000 years, powerful messages delivered at the Crucifixion were deliberately hidden. This book reveals those messages, leaving no doubt as to Christ’s true nature and mission.

—Some leaders of the doomed Third Reich escaped, sparking a frantic hunt. Fueling the hunt was an alleged claim made by Nazi Admiral Doenitz, of an “…invulnerable fortress, a paradise-like oasis in the middle of eternal ice.” Years later, an aging satellite inadvertently detected a cataclysmic event on or near a frozen region of the world, that would have sealed the fate of such a fortress. The event was officially denied.

—As war erupts, former archeologist Zachary “Zac” Gomes is coerced by friends, compelled by an earth-shattering discovery, and finally kidnapped by a secret agency to recover a legendary relic stolen by post-war Nazis. All dedicate themselves in a climactic, must-win battle against an evil the world has (to this day) unwittingly embraced.

Cover: The Crucifixion celestial display as witnessed by secular historians during the midday, 3 hours of darkness.

About the author and his mission: This book is the author’s unique response to accusations that Moses, seeking to control the Hebrew people, lied when he built the Ark of the Covenant. But Moses did not build the Ark of the Covenant, at least not the first Ark. In entertaining fashion, Mr. Estorga tells of a second ‘decoy’ Ark and the true purpose behind its creation. This fictionalized story is the authors first venture into uncovering lost legends and historical events. When pressed for his qualifications, Mr. Estorga simply stated: “A working knowledge of the Bible.“ It is also the author’s contention that those who cast an accusatory finger towards the Bible, often do so in utter disregard for the first and most rudimentary of investigative responsibilities—tell the truth!