Six Steps to Self Care

Learn the Steps of Self Care to Reinstate Your Health 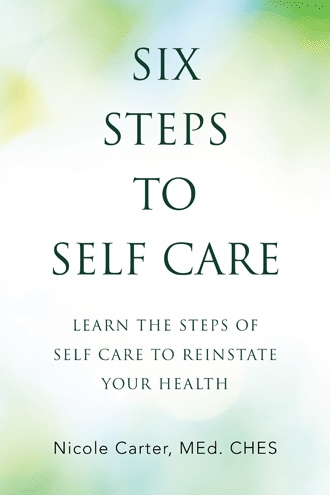 By now I had somewhat of a grasp on parenting (I thought) and had my routines set up. Still battling fatigue, but my energy level was at an all time low. I remember a day when my daughter was playing on the slide, and I would close my eyes and rest my head on the slide, just for a few seconds as she slid down and went around to climb up again. I thought the exhaustion would never end. I could not understand where the fatigue was coming from, I was sleeping better than I had in a couple of years, followed a strict vegan diet, never ate junk food, went to bed early…It just didn't make sense. To make matters worse, I was getting sick all the time. A respiratory infection, the flu, a kidney infection, you name it, over and over. I was probably the sickest had ever been, even though I looked healthy and fit. I should also mention that my hair was falling out, I was depressed and had no sex drive at all. I assumed, it was just the hard work of raising two kids. I figured what I needed was a cleanse, maybe that would be just what I needed to restore my energy. I had already been practicing a raw food vegan diet for a year, how much better could I possibly get?? But I went for it, 3 days of juice and smoothies only. All raw, all fruits and veggies. This would definitely clean my body and restore my energy, maybe even make my hair stop falling out. Right?? …Wrong. By the 3rd day on the fast I felt more tired than ever, was so depressed and moody I didn’t want to be around anyone, and had a full blown yeast infection with UTI. Again! I had to admit that what I was doing wasn't working, so I went too see my doctor. This naturopathic doctor who did muscle testing and chiropractic sent me in for a blood panel to get more information. As he suspected, my hormones were all low, and my vitamin D levels almost non-existent. Added to that, I had rampant yeast in by body from the previous antibiotics followed by a high sugar and high carb diet. I had an overgrowth of Candida Albicans in my body, a yeast that can cause major problems when it gets out of control, and it was way out of control. I was the sickest healthy person he had seen in a while. He sat me down and told me that if I didn't change my diet, start eating more protein, that I would see more problems. Bigger problems. I had to get a handle on it. I wasn't ready to hear that, I was proud of my veganism and did not feel right about eating any animal. So I resisted his advice for several more months, still suffering from the same problems. I finally gave in and began with eggs. I gradually added fish and reduced some of the grains I was eating as a vegan. Things started to change, ever so slowly. For the next several years I would transition from a high carb vegan diet to a lower carb high protein diet. My immune system began to recover, I was getting sick far less often, energy levels were returning and my mood and demeanor was improved overall. It took me a few years, but I had made some really big strides in my health.

For anyone suffering from fatigue, stress, poor health, excess body weight, autoimmune disease, digestive health, and other conditions that require a high level of self-care, this book is for you! Learn how to incorporate holistic health practices into your everyday life that can help reinstate your health!

Nicole Carter is a Holistic Health Educator and has been teaching wellness for over 15 years with a focus on nutrition, fitness and plant medicine. She has a BA in Psychology, a Master’s Degree in Public Health and is a Certified Health Education Specialist (CHES). She has taught many years at the University level, traveled internationally teaching about health and holistic practices, and has founded several organizations and businesses based on health education. In her personal life she has learned about health through years of trial and error. Nicole survived a physical trauma that took a huge toll on her health, followed by excessive stress levels and life demands. She found herself weak, sick, losing her hair and depressed; which finally resulted in an autoimmune disease. When what she thought was a healthy lifestyle failed, she turned to a holistic lifestyle that goes far beyond just diet and exercise, incorporating many strategies for self care. Nicole now lives in Laguna Beach, California with her 2 children and rescue dog Pippi, where they enjoy a healthy coastal lifestyle of surfing, yoga and beautiful sunsets.