Mirror of My Soul 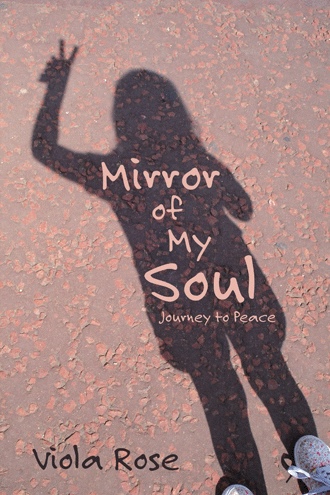 Just take the first step… ‘Uncomplicated? A journey would certainly seem so, yet so many can be anything but. Some journeys seem so long that a thousand miles seem more like a million. So, in taking that first step, which you know is just the tip of the iceberg, you feel sure that you couldn’t possibly hold on to that slippery slope, even if you wanted to. Even placing one foot in front of the other to start that long journey becomes seemingly impossible. So, why bother when it’s too much time, too many steps, and far more pain than you want to deal with? Put off until tomorrow, next week, next year, or better yet… until never what you don’t want to deal with or face today. Just keep that trash in the back of your mind and that dirt swept under the rug where it belongs, like you were taught as a child. Why put yourself through the pain of trying to fix what can’t be changed, especially knowing full well that you’re doomed from the start. Pick yourself up, dust yourself off and move on! Nothing can undo what’s been done; that’s what I’d tell myself. Just let it go. Don’t do anything. Don’t say anything. Don’t dare make any waves, or even rock the boat for it will surely tip over and you will drown. No one really gives a flying flip anyway! That was my motto. You’re fine; I’d tell myself… just fine. You not only survived it, but actually came out a more compassionate person because of it. Just move on and bury the hurt; you can’t do anything about it anyway. You certainly can’t change it, or even understand it. Truth is; I wasn’t even sure that I wanted to. Why travel to the darkest corners of your mind only to rehash what can’t be erased when it’s so painful to do so? I could see no benefit in that and I didn’t want to deal with it. So, I told myself repeatedly to look forward, not backward, to just drop it all and move on. I’d bury the hurt a little deeper until the next time I’d get upset about something. Only then would I realize that I was anything but fine. It was a vicious cycle of loneliness and pain that sometimes seemed almost unbearable. Each time something hurt or upset me, I’d go back. No matter how hard I’d try, I’d be drawn in. Every bad thing I’d ever gone through in my life and not yet dealt with would come crashing in on me all at once, until I thought my heart would burst. Reflection can be very hard, yet ultimately rewarding when we take the time to learn from our toughest life lessons. But, throughout time; I would eventually reach the point of not even wanting to care anymore. It was all just too much. I had bottled up so much emotion that I was almost like an active volcano, ready to erupt every time it all boiled up inside of me. There were moments that were honestly, indescribably awful. There simply are no words to fully express the pain brought on when the mind and heart are about to collide, with no light at the end of the tunnel. There was so much on my mind that I didn’t want to think about, and so much in my heart that I didn’t want to feel. As time went on, I feared more and more that even allowing myself to go there might send me back into that deep, dark hole of depression that I was too painfully familiar with. It was harder to climb out each time I found myself there. I’d been at the edge of that cliff before and knew how easy it could be to jump off in the heat of the moment. I knew that it could all be over in the blink of an eye… in one split second… with one careless thought. I was so afraid that I would let myself fall back into it and eventually find no escape. So, as far as I could tell, keeping my pain at bay was the best thing that I could do, not only for myself, but for those whom I loved. WRONG AGAIN! I think that somewhere in the back of my mind, I knew I’d eventually have to travel that dark path before finding any sort of peace for myself. I knew that taking my first step of that long journey would someday come; that somehow, sooner or later, I’d have to face those demons. I just didn’t know when, where, or if I even had the guts to take that first step. But sometimes, things seem to happen when you least expect them, which is what happened with my first step. Out of the blue and from an unexpected source, I was suddenly forced to deal with my wounds and would eventually mend my broken soul in the process. What I thought was going to be a regular conversation with my mom one afternoon, turned out to be a life-changing event. I had no idea that what she was about to share with me would open me up and propel me into the journey which would ultimately lead to my healing and the desire to help others through this book.

Mirror of My Soul is a Southern woman’s journey to peace: one of faith and forgiveness. It’s a riveting story of a journey to overcome the challenges of obstacles, abuse, and deeply hidden family secrets. This book will bring you to tears at times and absolute joy at others. It is a must read for anyone but especially survivors of abuse who need a vivid reference of triumph over adversity. This book is dedicated to all who have suffered in silence. May that forever be changed as we start shouting from the rooftops to bring accountability to those who cause such pain, and more importantly, may the light of God’s precious grace shine through the hearts of each of us. May we be a beacon for him, first, foremost and always! To him, I give all the glory!

Viola is currently a stay at home grandmother who is dedicated to making the world a safer place and more peaceful one for abuse survivors. Viola now resides in a suburb north of Atlanta with her loving husband of 36 years. She is a proud mother, step-mother, sister, and aunt who has learned to love life. Viola also has five adorable grandchildren between the ages of seven and 22.