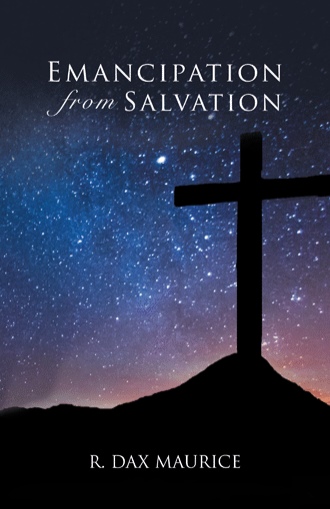 In chapter 10, the last section ****** I very shortly realized that I was investigating a whole new domain of spirituality that the Christian faith really understood little to nothing about. I was talking to my friend about apples and she only knew about oranges. She was adamant about the non-existance of apples. The last paragraph There is nothing wrong with that. But for me there was something beyond the manifesting power of the mind that I needed to know about. There was something beyond Christianity that I was being lead to investigate. I was about to be shown; the curtain was getting ready to rise.

“I do not claim to be an enlightened person on the fringe of sainthood, but just an ordinary person who was impelled to step out of social consciousness.” With these words r. Dax Maurice, a formerly very successful chiropractor and healer, begins his story. It is a story of how he lost everything that was important to him, and how that lost forced him to re-evaluate his life. He simplified his existence and started a journey of self-discovery that took him into uncharted territories. He will share the chronicle of his journey into the domain of spirituality. He explains different spiritual principles he learned to embrace in practical down to earth simplicity. He will share with you his awareness and experiences with the meditative practice of soul journey with the fellowship of spiritual travelers. This adventure led him to experience realities beyond the physical senses. This knowledge set him free from religious dogma. He takes you through the process of change from religious consciousness to spiritual consciousness. This metamorphous had him develop a different relationship with God and Divine Spirit than his upbringing. This led to spiritual experiences which opened his heart to God’s sublime love and beauty. Guilt, blame and shame were eradicated. A new perspective on life emerged. This story of one man’s struggle to overcome loss and grow spiritually encourages the reader to examine his own life and discover the joy that may come with letting go of old thoughts and habits.

r.Dax Maurice combines a very astute academic mind with his spiritual gifts and dare to ask question know one else has asked. He has the unique talent of finding the answers outside of the box of the accepted elementary beliefs and opinions. He has the ability to synthesize many seemingly unrelated concepts into a unified picture that is logical, reasonable and workable. He knows how to simplify the complicated. This book is an example of his brilliant abilities.