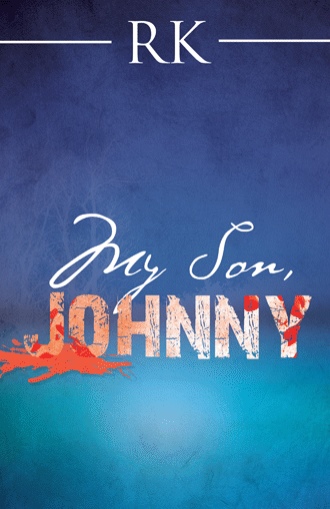 “Dude.! Dodge! Dude, dude, dodge”! The faded screaming of Johnny’s friend Ben echoed in the air like a distant siren. He continued to wave his hands relentlessly, aggressively, but there was no point. None whatsoever, he sighed. Ben was hopping like a kangaroo, continue his screaming but to no avail. For a split second, he thought it was okay, he thought Johnny will be fine. In retrospect, his friend will be okay, as he’d done in the past. It was like a scene from the Blair Witch Project, and when he wakes up from this bad dream, they’d laugh about it. After all Johnny junior is one of the nicest guys anyone could come across in his life. He was so nice that no one, young or old has anything bad to say about Johnny other than to sum it up, “what a nice and fine young man he’d been”; people always commended his dad, and go further about how he’d done it since his wife’s passing some years now. There were many commendable comments about Johnny, with a remarkable behaviour, a fine young man who will make some girl happy one day, they continue. No one, not in a million years could have wished for this, I mean, what has happened. No one you see. It was a wet autumn morning, Thursday to be more precise; and the lads started their journey to school as they have done for so long as they could remember. First it was with their parents walking them to primary school and as they get older, it was time for secondary school and, and, it was all up to them except that they hesitated any bad comments or phone calls especially to Johnny’s father. He was tolerant but to some extent. Loving when he does his chores. Appreciating and compensate him for being good and completing his homework without a fight. No one could have anticipated the events that followed and leading to this fatal shooting of the future promise young man. But, whatever the anticipation, it was surreal. These are events that are happening and they are happening right in Ben’s own very eyes. He could not believe what was happening neither could he tell just how long it will take for someone breathing now and gone the next. Flashes of anticipation and fear overwhelmed him. He can see Johnny in the distance chatting with other mates as they rushed to catch the bus. He heard the screeching of VW but at first, paid not too much attention to it. The screeching continued and as the car gets closer so is the screeching. It was like the driver was doing it deliberately. Whatever the intention, it was working. He turned around, the car was getting closer and closer until the quickly jumped on the pavement as the car swayed past them. It was of course deliberately driven unto them. For some reason or another, the person they wanted wasn’t with them in that group. And quickly, the car sped along the market street road to Johnny’s direction. Then, then, all he could see himself doing was to scream, and wave his hands, calling out Johnny, Johnny, but to no avail. As the car gets closer and closer to Johnny, it stopped suddenly and the darkened windows wind down a fraction, then, then, the shooting began. In less than no time at all, Johnny was on the wet floor. The rain pursues its drizzling sensation as Johnny lay still, his first words were ‘my dad’, my dad’ he said slowly. Johnny was on the floor, helpless. There was an unusual freeze that has overpowered his body. He was shaking relentlessly. He’d seemed calm but no one could tell whether it’s because of his pain. He was bleeding profoundly, his face turning blue and trembling whilst trying to utter some words. There was some kinda nervousness amongst his friends, each recalculating and tracing back to the last few seconds that will forever hunt them. They’d rushed to him like a wild fire, kicking and hissing, trying to exhibit their inexplicability. They looked at each other, putting words to what they have seen, re-echoing on traces of evil as one of their own has been hit. It wasn’t a pretty site, far from it, as they rethink on what’s next, they’d also came with the realisation that even the greatest cannot always be saved and here lies that example. The evil that men do, they came to a conclusion! But these are not men and above all, this is no longer the Shakespearean era, they are boys another friend corrected. They knelt beside him, trying to rework a miracle. Now even that science homework they have been discussing seemed to be out of their thoughts. It was least of their worries. What could anyone benefit from taking the life of another, they said in unison. Their friend Johnny seemed to have been the wrongful target, life is a bitch, full of many miracles and unsolved dilemmas. It was as though their little world has been brought to a stand-up situation. But this is it, lads will be lads and men are distinguishable, real stuff means that finding a solution, dealing with diplomacy.... Johnny continues to bleed senselessly and as it is beginning to click, there seemed nothing anyone can do to be able to stop the bleeding. As they watch him disintegrate, they knew there is little anyone could do to save a best friend, one whose life has just been forgotten. He looked dazed, in a coma tossed aptitude. And all of a sudden, his eyes were dimming. His hand clinched tight to one of his other friend.

This story is about a father trying to seek for justice for the killing of his only child, and when this wasn’t given, he decided to take matters in his own hands. But already, there were others seeking for the same thing.

Born and raised in Sierra Leone - a country filled with many good childhood dreams toppled with years of civil war at the same time. This made me to migrate to England at the age of twenty-one and from then on, decided to embark on an IT career that use to be male dominated. A wise man once told me, the desire for success is pursuit and as an IT Specialist & Support Analyst, Junior Network Administrator, a career then viewed by many for women as daunting in the early days, I made up my mind to go into this field, come what may and work with my dominating male counterparts. I am hugely grateful to my Heavenly Father for this huge accomplishment for being able to complete my university studies and excel among the male counterparts I worked with as an Engineer. I presently work as an IT Consultant and Engineer and at the same time running a micro IT Business in South East London.