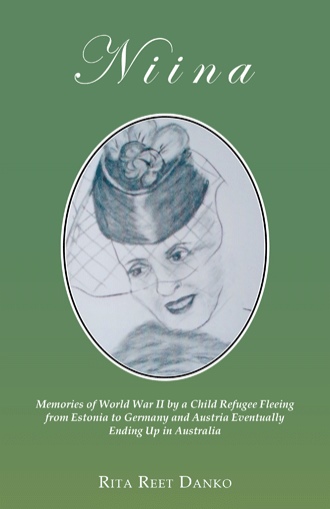 Imagine waking at daybreak, looking at a beautiful coloured sky in a rosy hue and the ship is far out at sea with no land visible in any direction. The world seems at peace, so quiet and serene until a sudden noise of an aeroplane makes everyone on deck sit up in visible panic fearfully scanning the sky. “Would the plane be friend or foe?” . A huge plane appears overhead, flying so low over the ship that you could just about touch it. It comes with guns blazing. ‘Rattattatt, rattatatt’, deadly bullets spray the deck. The people on deck jump into the water, some stay inert on deck, the injured scream for help. The deck is quickly coloured bright red and rivulets of blood flow into the ocean. The plane passes overhead so quick that you can hardly understand what happened. Then, high in the sky, you watch as the plane turns around and points its nose straight at you, coming for another run over the ship and this time it is aiming at you.

This is a true story of a family’s history, starting with serfdom in Estonia to Russia under Czar Nikolai II through revolution, occupation by foreign powers, a father’s love, and flight from war. This is a firsthand account of what it was like being in the middle of WWII in Austria. Laugh and cry along with her as Rita writes her story of escape from deprivation, oppression, tyranny, and an almost-certain death in the snowy Alps to arrive in a land of freedom and opportunity.

How did a small child make the journey from Estonia during WWII with bombs, guns, fire and destruction all around her, hunger a constant companion ending up after the war in far away Australia on ship Anna Saleen in 1950.