A Memoir About the Beginnings of Fatherhood 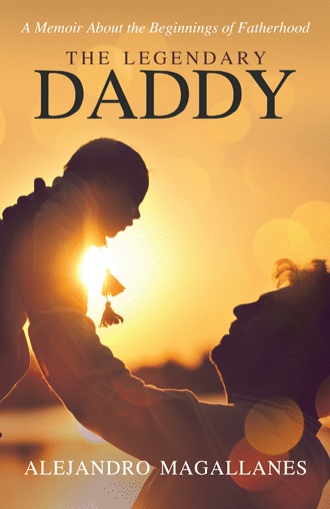 You truly do not appreciate what you’ve got until it’s gone. Those crazy nights you partied till 3 in the morning, then woke up at 6:30 and went into work at 8. Those all-nighters you spent cramming for tests in college, then pulled a A- on the final. All of those hours of sleep you threw away, bragging about how highly functional you were with only 5 hours… You’re gonna be making deals with God to get every one of those minutes back. I love my sleep. I don’t like getting too much. I don’t like getting too little. I simply want sleep that recharges my batteries. Newborn babies drain your batteries, and then wake you until they begin killing your battery cells. A newborn’s sleep varies from family to family, but it is definitely not a routine. A newborn’s sleep pretty much depends on feedings, farts and burps, sudden noises, temperature, bad dreams, stuff like that. And even with a baby that doesn’t cry much, doesn’t have much gas, doesn’t live in a noisy home… even if your infant is raised in a bubble, surrounded by angels sent from heaven, your infant will not have the sleep patterns of a normal child, teenager or adult. They take your precious sleep from you, day after day, week after week, month after month, and for some parents, even year after year. You don’t think sleep is a big deal? Do you know that the CIA uses sleep deprivation as torture? It’s something they use often because it is not considered violent. However, prolonged sleep deprivation attacks the deep biological functions of a person’s mental and physical health. And this is exactly what the parent of a newborn experiences. In example, a prisoner in a holding cell will experience sleep deprivation torture by being awoken in the middle of the night by loud noises and flashing lights. Then, the prisoner will be asked to stand up and perform some kind of physical action, such as carrying belongings over their head, without letting them fall. All of this is done while the prisoner is in a stupor, only seconds after being awoken. The prisoner’s sleep is interrupted intermittently throughout the day and night. This is exactly what it may feel like for the parent of a newborn. Here is an example of what I experienced: Loud crying wakes me up in the middle of the night… or is it morning? The crying will not stop until I get up. I’m searching for light, trying not to use anything too bright that will strain my eyes or bother the baby. Then, in this half-awakened state, I pick up my fragile, 7-pound newborn and try to figure out what he needs. Is it a bottle? I find out the answer is “no” when the baby pushes the bottle away and starts crying again. Is it gas? Is he too cold? Will a pacifier help? Is everyone in this house going to wake up, because I can’t keep this baby quiet? All of this problem solving and careful nurturing of your newborn occurs within moments of waking up, and usually in a dimly lit room. Will the baby be back to sleep in 5 minutes? 15 minutes? A half hour? You never know. But you do know that you will not go back to sleep until baby does. Then once baby is asleep, you are not sure when your nerves will relax enough to let you go back to sleep. Lastly, when you are left alone, trying to put yourself back to sleep, there is a haunting knowledge that your sleep will be interrupted again soon. But, when? Will the baby wake up again in an hour? In 15 minutes? Might I hope for 4 hours of sleep this time? Will I ever get adequate rest? This is not an exaggeration on what it feels to be a new parent, lacking sleep. And this was going on for months! I was under complete stress, in a dark room, holding my newborn, fully aware that I could pass out while carrying him, simply because I was beyond mental, physical and emotional exhaustion. Isn’t it crazy? Isn’t it similar to the CIA’s methods of sleep deprivation torture? That’s what it felt like to me. And I was one of those “lucky” parents. Our son was considered a “good sleeper.” At only 2 months old, Santiago got 6 straight hours of sleep through the night. I remember it clearly. I woke up one morning around 7. In a split second, I realized I was waking up to silence, and a rush of terror filled my body. “The baby!” I said aloud. I figured the only reason he was quiet was because something had gone terribly wrong throughout the night. I sprung up from my bed to look in the bassinette. There he was, sound asleep, swaddled up, warm and completely at peace. “Goddam that S.I.D.S. bullshit!” I said to myself. For those of you that don’t know, S.I.D.S. – Sudden Infant Death Syndrome, is a term you hear quite a bit in the months leading up to child birth. Pretty much, it’s when the baby dies in their sleep for a number of possible reasons. Isn’t it amazing how much something as simple as sleep can be so under appreciated, manipulated, terrorizing and fear-filled? The saying rang true for me: You don’t know what you’ve got till it’s gone. Out of all the things I lost in becoming a new daddy, I missed sleep most of all.

A father’s journey is legendary. The life he lives after the birth of his child casts a light, or shadow, onto his progeny. This is the story of a father who realizes that his legend is as glorious as it is heartbreaking. His life-changing adventure serves as a guide for new parents, sending imperfect adults onto a life of heroic self-sacrifice.

Alejandro Magallanes is the proud father of two boys and a baby girl. He has been married to his beautiful wife, Lucy, for 8 years now. Without much money, they decided to start their family in the midst of The Great Recession, resulting in a further understanding of themselves and what it truly means to be a family.