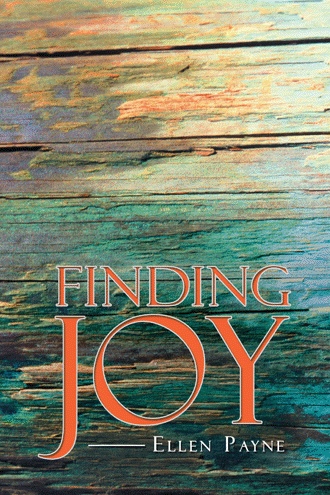 In her early sixties, one of Joy’s sisters went to the fiftieth wedding anniversary celebrations of Fred and Margaret Walters who had been friends of her parents for many years. The children of each family had been friends since their teen years. Sometime during the afternoon, Sandra Walters was talking to Joy’s sister, Dianne. “Look at your father flirting with Kate, [her fifteen year old daughter] just like he flirted with us when we were teenagers.” Dianne laughed as she told Joy, but it made Joy feel sick. For so long she had been telling herself that she was the only one he had touched and trying to block any other possibilities from her mind. She had watched Errol closely with her own children but he seemed disinterested except to criticise them. Not long after, Joy and Annie were alone together at the new house, unpacking their mother’s crockery when Joy suddenly surprised herself by saying, “I think that Dad sexually abused me.” Annie’s sharp reply came back immediately. “Well, of course he did!” Joy was at first puzzled by this reply. It was not at all what she had anticipated in the years she had rehearsed saying something to one of her sisters. Joy just stared at Annie who went on, “You must remember how he had erections when we were in bed with him, and mum saying in a whiney voice, “Errol, don’t do that.” This totally shocked Joy. She hadn’t consciously remembered that part of it but in an instant, the memory was there. It must have been hovering in her sub-conscious. She remembered also how her father strutted naked around the house and how, when she was about eight this had suddenly stopped. Mary had said at the time, “Annie [who was probably close to ten at the time] told me that she was embarrassed to see her father naked.” A relieved Joy had thought, “Thank goodness for Annie.” Now Annie’s comment made sense of Joy’s behaviour and apprehension about her children getting into bed with her husband or any other adult and her unease when adults sexualised children’s nakedness. For a few seconds they just stood there looking at each other before Joy said softly, “For twenty years I have been convincing myself that I would have been the only one.” Now there was a sense of relief that she hadn’t dreamt it all but also a flood of guilt. What might her father have done in those twenty years that might have been prevented if she had spoken out earlier? They talked about having kept the secret and how Annie still did not want her husband or children to know. “What about the others?” they both asked at the same time, thinking of the rest of their sisters. Together they worked out a plan whereby Joy would gather some information about where they might get help as she knew of centres in cities and regional areas where appropriate help was available and books that they may be interested to read. Then Annie would speak to Dianne and Joy would speak to Lyn. After that, the four of them would meet to talk about how they would speak to Maureen, their middle sister who they thought might have had the worst time of the sexual abuse. She had been their father’s favourite but had alienated herself somewhat from the others in recent times. They feared most for Maureen’s daughter, Mandy. Maureen’s marriage had broken down about the time her daughter had been born and they had lived with her parents for a number of years from when Mandy was twelve months old. Errol and Mary had looked after Mandy while Maureen studied for a degree and she had told the children at kindergarten that he was her dad. Neither Dianne nor Lyn had any memory of sexual abuse although when Joy said about their mother’s comment about their father being a passionate man and that Mary in saying it, might have been giving her an opportunity to talk about her abuse, Lyn said, “She said that to me!” She had been puzzled by the comment and Joy’s theory made sense in this context even though she couldn’t remember anything happening. Maureen refused to take part in any conversations about it or anything else to do with her childhood. She lived a reclusive life for several years before attempting to kill herself. She remains very secretive about personal things but has now had several years of intensive psychotherapy and is managing life better. However, the talk about their childhood gave the younger ones an opportunity to tell Joy that they had lived in constant fear that their parents would kill her with their beatings. They spoke of cowering in the corner to avoid the backlash of the cane and strap and of not daring to do anything because they were afraid of the same thing happening to them.

This book is the story of a woman’s journey from being an unwanted child who was subject to various abuses to becoming a valued member of the community. It tells of her struggle to find what love is, to come to love herself and others, and to discover who she really is. In longing to find acceptance from others, she realized how important it is to accept the incredible mix of skills and foibles that combine to bring her joy.

Ellen is a mother and grandmother, widowed in her early forties. She has a passion for encouraging all people to live to their full potential and live that others may also do this. She has worked in Community Health and in ministry in rural and remote areas of Australia and the United Kingdom and with many victims of multiple abuses.