A Simple Guide for Real Success 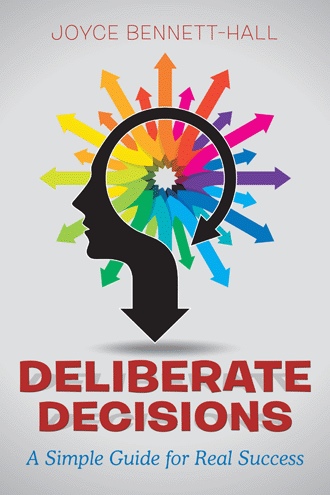 Avoid negative people, places, and things. Negative people rob us of our energy. It takes a lot of energy to live life. Have you ever felt drained after being with someone who complains about anything and everything? That person is zapping your energy! Avoid those people if possible. If they’re family members and you can’t or don’t want to avoid them, just listen to them—but don’t get caught up in their negative drama. Have shorter visits with them. Give yourself permission to spend less time with them. Think of another A word: advocate. Be your own advocate and protect yourself from these energy vampires. Stay away from negative places that are dangerous or bring up bad memories. Like negative people, negative places can drain our energy and block us from tapping into our creative source. Avoid negative habits such as excessive drinking or smoking, overeating, or overspending. Get rid of them in any way you can. These habits block your creativity. There are all kinds of resources to help us rid ourselves of negative habits. Last but not least, avoid negative thinking. Stop criticizing yourself. It’s self-defeating. It’s okay to tell yourself that you’re great because you are great. Your Creator creates only greatness, of which you’re a part. Avoid criticizing and judging other people. Everyone has a story and a path to follow. We’re not here to tell other people how to live their lives or to tell them which paths to follow. We’re here to create our own stories by following the paths that lead us to becoming the best we can be. Live your life in greatness. Deliberately decide to avoid these negative sources—and you’ll be on your way to success.

Deliberate Decisions is an insightful guide to living a life of purpose and fulfillment. It gives you a simple step-by-step practice that’s filled with easy action-focused ways for achieving empowered results and moving forward in your life and your success deliberately, joyfully, and on purpose!

After counseling over twenty-five hundred clients and investing countless hours into the study and research of the human mindset and behavior, Joyce Bennett-Hall has a keen, expert understanding of the transformative power of a deliberate decision. As Joyce defines it, “To make a Deliberate Decision means we are committed to receive results; we are open to receive our highest desires; and, most of all, we are enlivened by the idea of true success.” Ordained as an Interfaith Minister and certified as an Alcohol and Drug Counselor and Recovery Coach, Joyce has dedicated more than 30 years to moving people to find the freedom to live a life of joy, happiness and success. Her early business background includes international employee relations, co-founding a holistic center and serving as the head minister of her own church. Now, as author of DELIBERATE DECISIONS: A Simple Guide to Real Success she puts her vast knowledge, education and experience into a practical, easy to follow guide for creating real and lasting results. To learn more about the work of Joyce Bennett-Hall visit: www.joycebennetthall.com