Pony Ride to an Awakening

The Journey of a Mystic 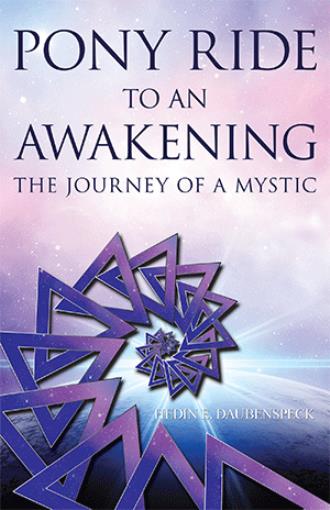 My mother said I was born three months premature. Growing up knowing I weighed less than three pounds when I was born gained new significance when I read the comments of Manly P. Hall in Man, Grand Symbol of the Mysteries In his writing about the Hindu Rama, the seventh avatara of Vishnu: “Man is more than a bodily perfection, and while those parts of him which we can see have assumed the outward semblance of perfection, the soul is spinning the threads which are not only to bind the parts together but to connect them all to itself. For this reason, a child born in the seventh month is very often what is popularly termed “psychic,” sensitive, or high-strung. These terms may all indicate that because of the premature delivery the soul is not as tightly bound to the body as in the case of those who have completed the prenatal span.” This expresses the conditions of which I found myself upon entering into the world, with my first baby bed as a ladies shoe box. It seems this early birth may have been planned in the invisible plane from whence I came before I was conceived, for I have been psychic throughout my lifetime. I had an experience one summer day as I was standing in the grocery store with my young children buying an ice cream cone which showed that infants and babies have phenomenal psychic abilities. A voice came to my awareness of an infant calling me. I don’t know how I knew it was an infant, but I knew. This voice asked telepathically that I come to the milk department. I took my children by the hand and proceeded to the milk department. There I found a baby with cerebral palsy and possibly other conditions. The Mother was watching me as I watched the baby, so I spoke to her to reassure her. In our conversation she said she and her husband were almost bankrupt from the medical expenses. I told her I was a Shriner and that we had a free hospital, which was very good news for her. This demonstrates that the baby had the awareness to ask for help upon seeing me come into the grocery store. In early childhood, it is not unusual to see into the other world. Often children can be observed talking to invisible friends. Diane Stein captures the description of young children’s early experience with Spirit in her book, All Women are Psychics in this sentence: “Children see or sense auras, “know things,” talk with invisible playmates and faeries, dream vividly and fully, astral travel, predict deaths as everyday happenings, foresee births, see elementals and spirits.” Also, often, we remember dreams we had in childhood which continue to be of importance even later in life. It is no accident that children understand fairy tales without interpretation because as Carl Jung introduced in his body of work: architypes exist in our subconscious mind. The idea of prince and princess, king and queen and father and mother fall into the young child’s consciousness from the unconscious. Early influence for the child come from Mother and Father. Intuition enters through the heart yet, while, men and women have equal psychic abilities, the Feminine nature is often thought of as the intuitive nature. The psychic nature usually found in the Feminine is believed more prevalent than in the Masculine. This is confirmed in the essay by Sylvia Hart Wright found in The Journal of Spirituality and Paranormal Studies as follows: “In general, women tend to be more psychic than men.” This seems to be so, in part, perhaps because it is more socially acceptable for women to discuss these issues than men. Women may make reference to hearing something, while men may instead say I had a gut feeling. Many of our morals and ethics are formed in early childhood based on the influence of our parents and grandparents. And to a significant degree our character is developed in early childhood. Our first teachers are our parents. Our third teacher is Nature. This is our unbiased teacher. Our early education in religious dogma can be one sided. But our openness to Nature will show us the indisputable truth. If we observe the lessons learned in Nature, we will not be lead astray. In my early teenage years I was riding horseback in the pasture. The pasture was covered with purple wildflowers and the fragrance of the wildflowers reached my senses which triggered the numinous experience. I felt intoxicated from the fragrance and beauty of the wildflowers causing a feeling of ecstasy and a Oneness with Nature, God and the Universe. 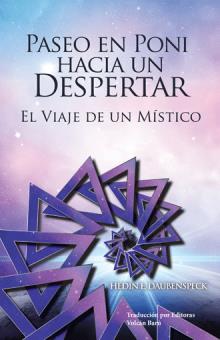 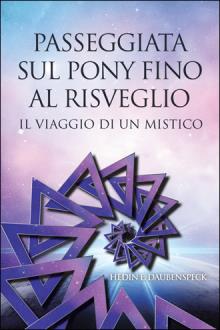 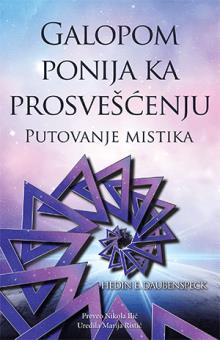 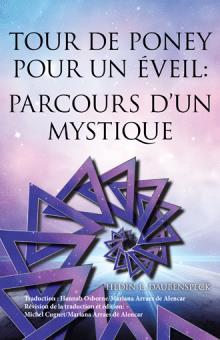 This book tells of the pony ride to an awakening and other stories of the Spirit. Encounters of an otherworldly kind happen to many people. My efforts are to describe some of the spiritual experiences that we may encounter from early childhood, adolescence, early adulthood, and then maturity, retirement unto renunciation, and then consciousness beyond death. We are closest to the Spirit at the beginning of our life, just entering incarnation from the Spirit, and at the end of our life, as we prepare to return to the Spirit. Sharing some of my psychic experiences and a few stories of my friends and family may serve as a guide for you in finding some similarities in these with your own experiences to reinforce the trust in these experiences as real and not imagined. We come from the Spirit and will return to the Spirit. There is nothing to fear from our teachers and ancestors in communicating with the Spirit to give us guidance, wisdom, and vision in this oftentimes difficult earthly life experience or to answer our questions. As we unfold our development going forward with open eyes and mind, we find that the truth unfolds and becomes more refined, like a lotus flower.

HEDIN DAUBENSPECK earned a bachelor’s degree in business administration (B.B.A.) from the University of Oklahoma. His public accounting practice serves entrepreneurial businesses and individuals. He also completed a number of graduate courses in consciousness studies at the University of Philosophical Research before the master’s degree program was discontinued. A mystic, Hedin has studied the esoteric mysteries of the Egyptians, Greeks, Persians, Hebrews, Hindus, Buddhists, Daoists, Christians, and Native Americans to acquire wisdom. In this time of great need, he is motivated to share his knowledge with others. He also contributes to world consciousness as cofounder and executive director of the Forest Essence Foundation (forestessence.org).