And Other Stories from the Road 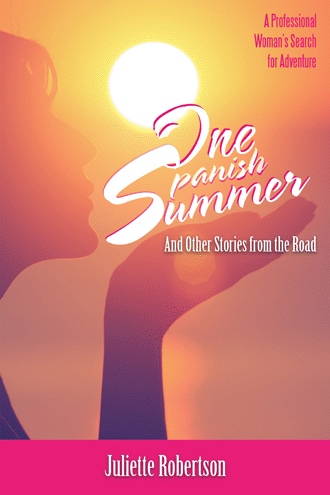 Armed with a Spanish dictionary, a visa card, a lap-top and trust in Divine guidance, Juliette Robertson put her corporate life on hold and bought a one-way ticket to Salamanca Spain, in search of something she wasn’t sure of. Her life changing summer as a mature age Spanish language student, her experiences on the road and her love affair with Travelling Solo (TS), her intuitive True Self pushes her to become the courageous woman she had always aspired to be. Juliette’s stories on the road are irresistible appetisers that will awaken your senses and leave you wanting more. This is a wonderful read, full of memories that will birth your own, should you bravely take TS by the hand and step into the ever rewarding unknown. —Brigitte Muir O.A.M. First Australian woman to summit Mt Everest First Australian to climb the Seven Summits This book is a veritable feast for those of us who devour travel. Featuring vignettes from a life well lived; each course is served with relish! Juliette’s memoirs capture the joy of travel and pay tribute to friends met along the way - even her courageous inner self. May these beautiful stories enchant and inspire you to set out on your own adventure. Without delay. —Sorrel Wilby Acclaimed Australian adventurer, writer and producer Solo traverse of Tibet & world’s first complete traverse of the Himalaya If you have dreamed of escaping the daily grind, and take off alone on an unplanned summer adventure, to see of what stuff you are made, this book is for you.

Juliette was born in Kandy Sri Lanka, grew up in Adelaide and lives in Sydney Australia. She is a senior Learning and Development Business Consultant, Executive Coach and Facilitator, helping managers to step up to a bigger vision of all that is possible. As an adventure traveller she has backpacked, trekked, sailed, trucked, dived, skied and flown to over 50 countries. Juliette and her husband Guy have two children, Jordon and Lauren. They live on Scotland Island in Pittwater on Sydney’s northern beaches.