The Truth is what YOU Believe 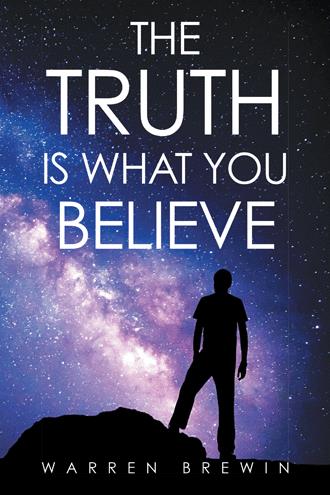 In approximately 550BC Bhudda wasn’t in the slightest aware of Google when he said “I am the sum total of everything I thought” and this has always been a really godly statement to me. I am what I believe and think, how could I be anything else? God has changed over the years and the undisputed king of all Gods today is Google – the all-seeing, all answering modern day miracle of internet wisdom. Google is even a mightier God than Jimi Hendrix, and I know you are finding that hard to believe right now, but even though Google can’t play the guitar I still think Google comes up with the best answers. That’s why I currently rate Google ahead of even the longest serving and most amazing God of all time – the Creator of the Universe – because Google is just much quicker and more direct in answering the mysteries of life. You don’t have to pray and wait for an answer any longer and you also get multiple answers. You even get to choose the one you like and want to believe in. Given that the Truth changes over time, God 2000 years ago was an entirely different proposition to the way we view his holiness today. Of course it must be reasoned that Google is part of the Universe and was therefore really created by the all-time great God, so Google is really only the greatest Truth of our time. No doubt the Creator will invent something to outwit Google and I have the feeling that this might be the resurrection and awareness of the importance of Nature; well that’s what I would like to see anyway. Whether you believe in Google or the almighty God, or both, or some other God is your choice entirely. Larry Page and Sergey Brin, the founders of Google, are obviously closely connected to the almighty and are instruments of his modern powers. You’ve really got to hand it to God for keeping himself so contemporary and letting humans develop all these amazing things and earn all the cash so they can have a great life, and make others lives easier. All the while God remains humble in his invisibility and does not get any economic acknowledgment for his incredible prowess at being the ultimate master of all things. His believers pray and love him and that is enough for Him. This selflessness is an example to all of us and something that most of us don’t get as the material world we live in has many of us measuring each other by what we have, and not what we do. There are so many Gods and religions and probably the one you believe in will come true so if you believe you will go to heaven, then that’s what will be. Most of us live in our own realms and cannot easily comprehend how others can exist, but if you really believe something then it is amazing what can happen on our planet. In Deshnoke India there is a temple dedicated to rats. Some Hindu tribes believe rats are reincarnated spirits of story tellers so they take special care of them. I guess Hindu doesn’t really appeal to those that know about Heaven. However these people are happy and easily coexist with rats and also highly venomous King Cobras that share their houses with them. Amazingly no one gets bitten as the snakes are not feared by the locals; they are immortalized as are the rats. Thousands of rats live in the temple where they are fed milk and other tasty treats, which some pilgrims eat afterward because it's considered a blessing to eat food that has been nibbled by the rats. It’s true, but to a modern day western world person the idea of cohabiting your home with rats and deadly Cobras would be something they would not contemplate as they would not believe it could end in any other way than disaster. Yet this state does exist and it is a happy one. Buddha was right, what you believe ultimately shapes and determines your life story.

In 550 BC, or thereabouts, Buddha stated “I am the sum total of everything I thought”. This was divine wisdom that is inspiration for the book’s title; The Truth is what YOU Believe. Everything you think is based on a process of thought reaching a conclusion that becomes exactly what you are, as you traverse the complexities and opportunities of your life. The Truth of Religion reviews the position of the major Religions and influences they have in societies globally today, and how technological/social giants like Google, Facebook and YouTube threaten the loyalty to religion, and the values that came with those belief systems. The Truth of Sport examines whether money and greed have overtaken human integrity. Does the end justify the means today? The original endeavour of competitive sport started with the purest of ideologies in the Olympics rebirth in Greece in 1896 and is in stark contrast to the drug ridden corrupt fiasco that is prevalent in many professional sports today. Discover what makes top athletes really tick. If there are no rules there is no discernible truth. The section on the Truth of Business looks at how creating credibility in every moment of a company’s existence is the key ingredient to success and importantly how the leader and structure play a part. Commitment to strong ideals is paramount. Weak people tend to accept, and are happy to exist in a world of lies, as it is often easier and cheaper to delude yourself than confront reality head on. How people from all walks of life deal with the adversity of relationship failure and how absolutely critical the truth is, in all your relationships, is uncovered in its barest form in the Truth of Relationships. After the first betrayal, you have nothing. Living a true life means you will always have your integrity, a value beyond compare.

Warren Brewin has lived in New Zealand most of his life and has travelled extensively with various business roles as CEO, MD or General Manager and also socially with friends and family. On his travels he has met many people from diverse religious beliefs, which along with his thirst knowledge, helped spawn his ideas on how today’s social media is impacting the virtues of ancient belief systems which are explored in the Truth of Religion section in this book. His considerable business experience in restructuring and turning around the fortunes of failing Companies into profitable efficient organisations has provided Warren with the knowledge to extol the Truth of Business in this book. An absolute commitment to integrity in business is the foundation stone of his enduring success. Warren was a competitive Badminton player having won Auckland titles and many Tennis club championships in his early life. Warren’s lifelong passion for sport is revealed through the deep insights in this book in the Truth of Sport. He still runs regularly and loves nothing more than a bush run, followed by a swim in the beach where he lives followed by a cold beer. Warren is the loving father of two wonderful teenage children, Jack and Renee, and has gone through the pain and difficulty of the breakup of a seventeen year old marriage. This experience lead Warren to explore the fundamental basis of different relationships and this provided inspiration for the section on the Truth of Relationships. His passion for Politics and Global Economics is revealed with clear views on Brexit and the rise of Nationalism. We live in a world full of greed, lies, war, corruption and deception but Warren believes the truth is the most important criteria that governs all life’s challenges and opportunities, and by embracing it fully, we can all exist harmoniously while striving for our individual freedoms. Warren enjoys his current CEO role and loves to spend time with his two awesome children and his amazing new partner Ronger. In his spare time he also enjoys developing and driving his BMW E30 turbo too fast, playing his guitars and the odd game of tennis.