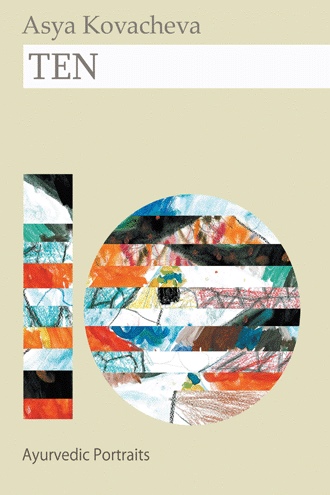 "There are so many things I do not know and I still do not understand."

"I need to know more!" thought Anna sitting on her bed in the bedroom, surrounded by piles of books, many books, anything she could find on the ancient medicine, science and philosophy of Ayurveda.

Anna studied yet another fad. She enjoyed gaining new knowledge, excited by everything new, she loved the feeling of being an explorer. She respected and admired her teachers for opening new doors and showing her an entirely new world. For the last five years, she was attracted by and drawn to the unknown and the mystical. Since she first heard that everything is energy, she grasped this idea and start looking for more evidence, reading all the books she could find. As a result, she came to the belief that everything has their own frequency, waves and energy - every part of her body, every thought, every emotion, every person, every plant, every animal, every planet, and every star in the entire universe. With a thirst to learn, she had bought many books and read them several times. Understanding the knowledge in them made her happy and gave her much comfort. Many of the books were donated by people she had helped too. They were inscribed with wishes to find the knowledge that she sought with such zeal and thirst.

Anna was a strong, young, thirty-year-old woman who wanted to know everything necessary to help people who had lost their way, their health or their meaning in life. She was of the understanding that everything was energy flowing within us and outside us and she applied this knowledge in her work. She worked with a quantum biofeedback device that scanned a person repeatedly, comparing their vibrations with thousands of others from many different sources. Through this, Anna received an energy profile of the person who was seeking help. She could see what was wrong in their thoughts, their emotions, their energy imbalances, and within an hour or so, through the biofeedback device and using her knowledge and experience she sent back the necessary frequencies to improve their condition. Neutralising negative frequencies in her clients, she would regain their balance again. She had hundreds of clients and had carried out over a thousand sessions. Some people adored and highly prized her, others did not see the link between energy and well-being and others just benefited from her knowledge and services with gratitude. Anna understood that some minds are open and in varying degrees advanced. Anna had to learn not to take anything personally. She focused all her energy and knowledge on helping people who sought help but how and in what degree she influenced their improvement was strictly individual. She committed her heart and soul to every consultation and felt happy and satisfied doing it. Over the years, she gained more experience There were many different cases - she had helped a woman to get rid of severe hay fever; she helped another experience happiness after twenty-five years of devastating guilt because of her husband's suicide following schizophrenic illness; a third one was able to stop struggling and doubting herself and to continue her life with awareness; another - to overcome anxiety and insomnia.

Many clients wanted to deal with suppressed anger and get rid of depression and Anna would consult and work with them. She helped many people get rid of negative influences such as geopathic stress, spiritual oppression and external negative influences that ruined their health and development and even their lives. Anna even helped a few clients conceive as they were having difficulties. She became part of the destiny of many people, some were grateful for the positive changes in their lives. Not everyone, of course but she did introduce a new world to all: the world of frequencies and energy, explaining patiently that everything is energy. She believed that no one sought her help by accident and even though she wanted to provide a visible and significant result to help everyone feel better and healthier, over time she learned not to be attached to any results. She consciously devoted herself to do everything she could to help her clients, focusing on knowledge and intuition but without expecting results. Through experience, she learned not to control anything that did not depend on her entirely.

Ten: Ayurvedic Portraits is not an ordinary book. Every story in there is really experienced, and every bit of wisdom gained has the potential to be life-altering. Ten: Ayurvedic Portraits is a guide; it’s the first step (and the first are often the most difficult) of a journey in the vast knowledge of Ayurveda. Any individual can decide to continue their life as usual or change direction for better. The advice and guidance contained in this book are provided in such an intuitive way that you may not even realize you are absorbing it. It is also a realized health manual because it can be dipped into at any time and a piece of advice or recipe could change your life, or you can simply enjoy the delicious healthy cuisine based on the Ayurvedic science of nutrition. Reading this book is both enjoyable and beneficial as understanding and information gained will be valuable for yourself and for all people around you.

Asya Kovacheva was born in 1980. In 2010 she completed a series of courses and practical sessions to become a Biofeedback Consultant and received accreditation and certifications. She immediately started private biofeedback consultancy sessions. In 2012 she took a further two-year complimentary medicine course for non-doctors on the theory and practice of Ayurvedic medicine, Ayurvedic philosophy, and Ayurvedic cooking. Thereafter she incorporated Ayurvedic principles into her Biofeedback sessions. Asya’s wealth of knowledge and experience in her field means that she was able to recognise the need for a straightforward explanation and guide book to the principles of Ayurvedic medicine. She is married with a young son and lives in London.