Because I Didn’t Tell 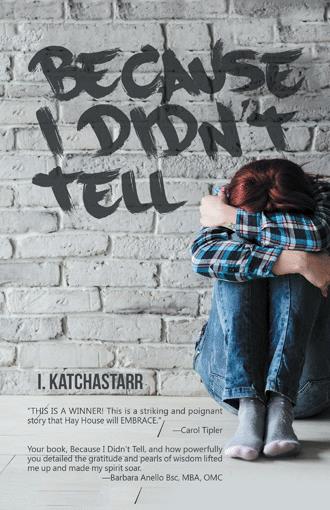 Twenty Years in Two Whenever any memories of the deceptive, demented, destructive, dangerous decisions that he deliberately drowned us in—that Désirée and I endured throughout the twenty-two months of living hell with the devil himself—swirl to the surface of my memory bank and replay in my mind, I fumble through flashbacks and feelings of overwhelming shame, embarrassment, guilt, disgust, and heartfelt pain. Flashbacks such as these: The time he squeezed Désirée’s deformed right hand so tightly that she opened her mouth to scream from the shock and pain. Her tear-filled eyes looked at him in disbelief that he was purposely hurting her, emphasizing her imperfection, only to shove a spoonful of hot soup into her mouth. He did this to punish both of us—me because I asked him to feed her while I tidied up the food-prep area, and Désirée because she wasn’t opening her mouth. She turned her head away as she felt the heat of the soup every time he brought it close to her face. He didn’t put an ice cube in it to cool it down rapidly like I reminded him to, and he didn’t blow on it to cool down the hot spoonful of nutritious, homemade soup that I had lovingly prepared for us to enjoy. He was mad about this request, as it delayed him from his plans to go golfing, and he had to “make some stops along the way” on his path to the golf course. It all happened in seconds; yet, it’s another emotional scar that haunts me still. The shrill of her scream and the sight of her beet red, tear-streaked face and blue fingertips poking through from his big-bully grip on her tiny wrist and hand plunged me into mommy mode as I rushed to her rescue. I released her from the highchair and his clutching hand, and I soothed her with reassuring whispers. “I’m so sorry, sweetie … Mommy’s here now … It’s okay. It’s okay … Shhhh, my darling … Mommy loves you.” I darted a look of disgust and disbelief toward him, and he leered back at me with a smirk of satisfaction on his face. Then he left to get on with his plans for the day. My heart sank to my stomach when I noticed that the palate of Désirée’s mouth was covered with a huge burn blister! Suckling on my breast would surely be painful, so I gently expressed some breast milk over her mouth and she slowly licked her lips to bring it in. The shock of this disgusting, deliberate attack exhausted both of us, and we soon fell asleep for an afternoon nap while the monster was away. Sometimes Phidelopé would get excited about frightening me, especially when I would have to squash my screams of fright. He would hide under our bed in the bedroom that we shared with Désirée as she slept in her crib next to my side of the bed. He hid there as I washed up for bed, but first he would unscrew the light bulb of the bedroom light, unplug the lamps on the bedside tables, and draw the curtains closed so tightly that no moonlight would stream into our room. I was forced to blindly make my way to my side of the bed, farthest from the doorway. As I fumbled through the darkness and reached for the bed frame to safely guide me to my side of the bed, he would grasp my ankles and giggle like a little boy. Meanwhile, I was feeling frightened to death and forced myself not to scream so I wouldn’t wake up our sleeping angel. He would repeat this until I safely jumped into our bed, frustrated, fear-filled, and confused about how this malicious ritual could bring him so much pleasure—so much so that when he would slink out from beneath the bed and lie flat on his back, like the king of his castle, he would have an erection. How sick is that? I would think to myself. Anger boiled inside of me, and disgust for this human being lying next to me grew stronger each day. He would force himself on top of me just as I was drifting off to sleep. I would quietly moan, “No, no, no,” and plead with him to not wake up the baby. “Not now please. Tomorrow, okay?” I’d ask. But it would only arouse him more. Repetitious rape was another secret I had to keep and another insult to my self-worth … because I didn’t tell. Once again, I wondered if that was just a part of marriage and if other women had such secrets—if the Catholic vow of marriage meant that this was just part of obeying my husband. This next section of the book is found at the end of that chapter and I would like it to be added to the preview search;(57 words). It demonstrates the purposeful and unique elements found at the end of each chapter of my book. It takes the reader from victimization to healing through forgiveness and extracting wisdom from extremely challenging experiences. Please include: I now forgive myself for: • Believing his threats • Not telling anyone about his violent temper, his mistreatment of Desirée and me, and his drug and alcohol addictions • Enduring his abusive behavior • Staying in a dangerous situation Pearl of Wisdom My fear gave him power over me. Don’t let this happen to you. Don’t give your power away!

In Because I Didn’t Tell, author I. Katchastarr offers a self-help autobiography detailing an account of the horrific events of her young adult life. These events fiercely unraveled her once-safe world into a dungeon of despair propelled by life-or-death threats and brain-washed promises of “not to tell.” Her journey through hell, led by the devil himself, clearly demonstrates the destructive trail of deceit, including lying to herself, in her desperate attempt to save lives: her own, her unborn child’s, and her family members’. In each chapter Katchastarr chronicles the powerful force of fear and the destructive disruption of life as she surrenders power to her abuser. She offers both forgiveness for herself and pearls of wisdom for others. An emotional story told with courage, Because I Didn’t Tell shares Katchastarr’s journey as a survivor and a thriver, and not a victim. It serves as an inspiration to others in abusive relationships—bullying, mental, emotional, verbal, physical, and sexual—to find courage, have faith, stay strong, speak up, and tell.

I. Katchastarr is a published author, inspirational speaker, Reiki Master, certified angel intuitive, psychic, and medium. She established Healing House in 2004 where she built her successful Reiki practice that now serves as an independent adult living shelter. Katchastarr is a mother, stepmother, and grandmother. She and her soul mate, Dr. Nick Yemal, live in Northern Ontario, Canada.