Insights from a Woman Who Never Should Have Made It but Did. 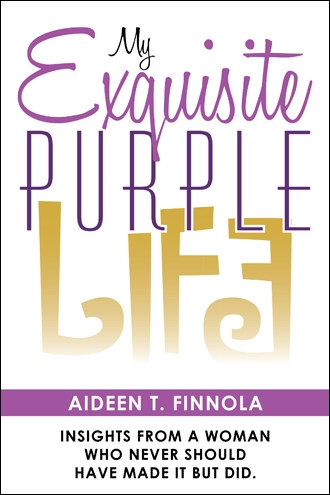 I began my life dying—literally. I was born a healthy eight pounds and some odd ounces on December 19, 1967. One month later, I weighed less than six pounds and was passing starvation stools. For some reason, which she “never can recall,” my mother neglected to take me to my two-week doctor’s appointment, so her failure to feed me adequately went unnoticed and uncorrected for my first month of life. At my one-month check-up, the pediatrician was alarmed by my weight loss, and when he discovered starvation stools in my diaper, he exploded at my mother, yelling, “What are you doing to this baby?” He sent her home with feeding supplements and a medical-grade scale; he demanded that she weigh me daily and call my weight into his office each morning. I’m certain the doctor was very close to taking me away from my mother—in a later generation, he would have. Knowing what I do now about human physiology in relation to starvation and dehydration, I know that I was very close to death. Had the doctor not intervened, it is very likely that within the next week or two, my organs would have begun to shut down and I probably would have died.

My mother, being an all-natural hippie, was breast feeding me, or at least she was attempting to. This was before the “Breast is Best” campaign of my generation of mothers. My mother was part of the “breast feeding makes everyone uncomfortable” generation of mothers, and as it was, there was little or no education, support, or community for mothers who wanted to breast feed. To make matters worse, I was my mother’s first baby. Still, even the least experienced mother knows that a newborn baby is supposed to grow, not wither! I don’t know how she failed to notice that level of weight loss, or, more to the point, failed to be moved to do something about it! I lost more than 25 percent of my body weight in one month—in the one month of my life that I should have been gaining and growing the most! To put it in perspective, my weight loss as a newborn is comparable to an adult weighing 160 pounds losing more than 40 pounds in one month—which can really only be achieved through starvation and would most definitely be noticeable!

My mother claims that she was unaware that there was a problem because, as she tells it, I never cried; my father remembers a very different story. In his account, I screamed and screamed until I passed out from exhaustion, then slept fitfully until I woke up screaming and started the cycle again. He remembers giving me a little bit of honey on the tip of his finger, and me attacking it as if my life depended on it—which, in reality, it did. I was a preteen when I first remember my mother telling the story of how she almost starved me to death from birth; why she ever told me is beyond me! This was not the only story of neglect from my early years that she later casually recounted to me with no shame, embarrassment, or even any awareness of how exceptionally lacking her parenting was.

When I was newly married, my husband and I were planning a camping trip. I called my mother to see if she and my father had any camping gear that we could borrow. In the conversation, she began to reminisce about the camping that she and my father did when they were young and newly married. She proceeded to tell me of a time that they went camping when I was just six months old. She said that she and my father didn’t have a tent, so all three of us were sleeping out under the stars (wait, with a six-month-old baby . . . what?) and when it began to rain, she scooted me under a picnic table (again . . . what?). I was shocked enough that they had me sleeping out under the stars as an infant, and when she said it started raining, I thought for sure her next statement was going to be, “so we packed up and went to a hotel” or, at the very least, “so we slept in the car”—but, no, she scooted me under a picnic table! She recounted it as if she was proud of herself for taking measures to protect me from the rain, as if she thought this was evidence of her being a good and responsible mother. If I stretch my brain, I can concede that it was a different time, theoretically a safer time, and perhaps the threat of kidnapping wasn’t as imminent as it would be today, but what about the threat of nature? I could have actually ended up being raised by wolves instead of only figuratively raised by wolves! In all fairness, wolves do a damn good job raising their young, and to my knowledge, have never been known to join cults; who knows, I might have actually been better off!

Unfortunately, these occurrences were not isolated. They were only a few in an entire childhood full of incidents where my mother and father catastrophically failed to protect me (and my sister) and deliberately turned a blind eye to my (our) gross and blatant suffering. My mother, and to a lesser degree, my father, were undoubtedly missing the parenting gene. My mother clearly lacked the animal instinct to protect and nurture her young. I remember my father having more of a nurturing and protective instinct. He was a Taurus and had all the bull-like qualities of his sign—stubborn, angry, and capable of doing a fair bit of damage when provoked—but he also possessed the comforting solidness that is the hallmark of an Earth sign. I have precious memories from my childhood of him holding me tightly while an emotional fire storm (a frequent experience for me as a Sagittarius) ravaged me, and saying over and over again, “You’re okay; I’ve gotcha.” Unfortunately, because of the traditional gender roles enforced by the cult, he abdicated much of the parenting responsibility, beyond corporal punishment, to my mother. Being raised primarily by a mother who lacked or circumvented her basic primal instinct to protect and nurture has had far-reaching and long-lasting negative effects.

Author Aideen T. Finnola’s life has consisted of a series of trials and obstacles. She was raised by abusive parents who joined a Christian cult when she was eight. She left the cult at twenty-three only to go straight into a twenty-year marriage with an abusive husband who, as a closeted gay man, had falsely represented himself from the start. In My Exquisite Purple Life, Finnola offers a collection of stories from her life that share the many challenges she’s faced and the wisdom she’s gained through healing her pain.

She tells how, by her middle thirties, after having suffered decades of abuse, neglect, and rejection from even before she was born, she was a broken woman. Finnola was a pack-a-day smoker, a daily drinker, chronically overweight, had had two extramarital affairs, and was on a high dose of antidepressants because she seriously contemplated suicide more than once. By all rights and reasons, she never should have made it, but she did.

In My Exquisite Purple Life, Finnola offers a collection of stories from her life that share the many challenges she’s faced and the wisdom she’s gained through healing her pain. It reveals the techniques and realizations that aided her tramsformation, offering others encouragement, hope, and inspiration.

Aideen T. Finnola is a survivor of physical, emotional, psychological, and religious abuse. Finnola is a Martha Beck trained life coach, speaker, and author. She coaches and speaks all over the world, teaching others how to transmute their pain into empowerment.