You Are a Powerful Being of Light, All is Within You 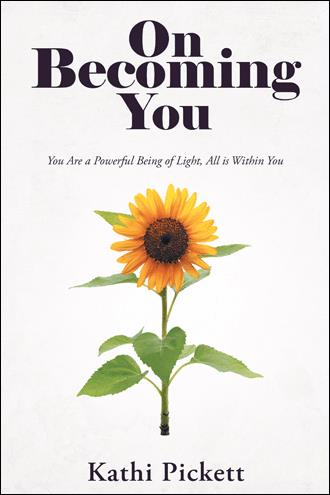 A client was referred to me due to exhaustion that led to her taking a leave of absence from work. She said, “Western medicine could find nothing wrong, and yet I have an aching in my heart, exhaustion, and severe stomachaches.” She was a beautiful, educated, successful woman in her forties. I asked her if anything had changed in her life when the pain began. She said, “My mother died from cancer six months ago. I adored my mother, and she adored me.” When I asked her about her belief in the afterlife, her eyes filled with tears as she said, “I believe in heaven and that my mother is in a better place. I do not understand why I am so exhausted. I cannot focus at work, and I have little energy for my daughter, whom I cherish.” I asked about her mother’s spiritual beliefs. She replied, “As a child of immigrant parents who had come to the United States in their early twenties, assimilation was important. The family became Christians.” As an energy healing practitioner, I have developed a fine-tuned system to read and interpret the energy field of a client and deceased souls. I closed my eyes and breathed in a few calming breaths to connect to my spirit, clearing my energy field first. Then, with full conscious attention, I observed a deep, gaping wound in the center of my client’s chest. It looked as though she had been sliced wide open. The energy within her chest seemed to have ruptured and was leaking from her heart. I knew from my experience that it would require significant work to heal. I sensed that the pain in her heart and her mother were connected. I then visualized her deceased mother to see where she was in her transition. The mother told me, “My husband insisted that we not stand out and stressed the importance of living the American dream. I conformed to my husband’s wishes, as was my custom, and lived a happy American life.” I observed in her energy field that, during her life in the United States, a silvery white energetic thread to her ancestors had gotten very thin. She berated herself, “I should have kept my practice and taught my daughter about her cultural traditions and ancestry. I do not deserve the elders’ assistance.” The mother existed in a low vibrational environment in a state of confusion, her life force depleted. Two grim-faced elders in traditional clothing were nearby. My intuition told me that the mother had not received the traditional death ritual, was incapable of moving forward, and was reluctant to go with the elders. She was conservative, beautiful, kind, and intelligent in the physical world, as well as proud. Not feeling worthy of her traditional elders’ assistance, she resisted and became stuck in nothingness. I invited ancestors, spirit guides, ascended masters, and angels to bring light, love, and healing to assist. Through my clairvoyance, I was able to determine that the mother and daughter had been soul partners in many previous lives, making the energetic cord, a silvery white thread, between them strong. A miracle happened next, a very unusual occurrence of love, light, and hope. The daughter’s soul joined the mother. I observed the following with my eyes closed, focusing all my energy on sending healing light to the pair. I could see clearly as though the scene was on a movie screen. In the shadowy darkness, the daughter, appearing as a child dressed in traditional clothing, reached out to hold her mother’s hand. This set a series of events into motion. Beautiful, colorful, varied scented flowers bloomed in slow motion as though the daughter was willing them to appear where there had been none moments before, only darkness. The daughter distracted her mother by telling her to gaze at the colorful blooming flowers and step onto the flat slate stones in her path. In silence they walked along the stone path; with each step, the next stone materialized. The path wound through a beautiful garden and led to a thousand ancient stone steps on the side of a steep mountain. The blue sky above was scattered with white clouds amid the purest air one could breathe, yet no one needed a breath. The time spent in the darkness had depleted the mother’s life force. After a few steps her shoulders slumped as though she would give up. At that moment, magically, they both became as light as air as their soul bodies floated above the steps, joining the two elders in the plane of healing at the top of the mountain. The elders performed their ritual at an altar that included incense, fruit, statues, and candles. She was reunited with many spiritual ancestors who had come to pray. Soon she was in her vibrant spiritual body. As her mother ascended, the daughter’s chest miraculously healed. I worked to seal the perimeter to prevent any more leaking energy. Fearlessly, the daughter’s soul did not hesitate to support her mother. It was as though she remembered the journey into the afterlife and could guide her. The mother and daughter had lived many lives together. Once settled in the afterlife, the mother asked me to direct her daughter to create an altar, specifically asking her to place a two-by-three-inch picture of the mother’s face with her eyes looking straight out and a smile on her face. The mother promised to always be near and to visit her in a dream in the coming months. She expressed a desire for her granddaughter to know the family customs. The daughter agreed to ask her aunts about their cultural traditions and to incorporate them into her life and her daughter’s

Since early childhood, communing with light beings and then working as a registered nurse for more than four decades, author Kathi Pickett has learned much about how the universe operates with the innate wisdom in your body to heal, to transform, and to manifest your desires. In On Becoming You, Pickett uses experiences from her personal journey to teach you the processes to gain personal power and a deeper understanding of how it all fits together with the energy and mystical laws to heal, manifest, and transform your life. It discusses: the mechanics of the energy system and the tools to foster health and vibrancy; how to heal through processes and tools that awaken you to your true nature; and how to invoke the nature of the highly structured, impersonal universe to create synchronicities, magic, and miracles. On Becoming You invites you to find rhythm and enjoy the life you were meant to live. Through stories, it unravels mysteries in a clear language to provide new insights and knowledge that can be woven into your being. Pickett inspires you to embrace new beginnings, to release inevitable endings, and to ignite a transformation on becoming you.

Kathi Pickett is an author, speaker, certified healing touch practitioner, and registered nurse. She earned a master’s degree in business administration at Western New England University and became a director of clinical integration. As manager of a community health center, she introduced reiki, silent lunch, labyrinth, and mindfulness meditation. Pickett is now a healing energy practitioner and lecturer both at Canyon Ranch Wellness Resort in Lenox, Massachusetts, and private practice. Visit her online at: www.kathipickett.com.