Nectar of the Eternal 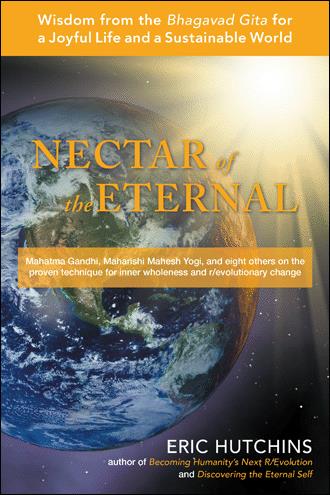 Nectar of the Eternal - Introduction

The Bhagavad Gita is a small part of a much larger epic poem entitled the Mahabharata  (Ma-ha-bar-ata, translated as the "Great Family of Bharata"). The larger work is longer than the Homeric Iliad and Odyssey combined and concerns the protracted struggle between two branches of the same royal family — the five sons of the deceased former king, Pandu, and the hundred sons of Pandu's blind brother and current king, Dhritarashtra (Dree-tarash-tra).

The struggle is for control of Pandu's portion of the kingdom located near modern-day Hastinapur in India. When the hundred sons refuse to return the Pandavas' portion (won in a rigged dice game and subsequently held for an agreed period of time), a war involving a great many brothers, sons, uncles, and worthy noblemen on both sides becomes inevitable.

The Bhagavad Gita opens as Arjuna, the greatest archer of his time and leader of the Pandava army, asks his charioteer and best friend, Lord Krishna, to move his chariot out onto a hill overlooking both armies assembled for battle. There, Arjuna sees for the first time that his situation and that of his four brothers is unwinnable. To vanquish an unrighteous foe intent on stealing their kingdom, they must slay a great many kinsmen and others worthy of reverence. Yet, doing so would reduce their blood-soaked victory to defeat by another name.

Deeply distraught and confused by strong, conflicting duties to fight his evil adversaries and — at the same time — protect them from harm, Arjuna descends into a state of acute anxiety and declares his unwillingness to fight. This much is made clear in the first of the Bhagavad Gita's eighteen chapters.

The second chapter introduces a number of topics that are developed in the sixteen chapters that follow. One such topic is the single, indestructible being that dwells deep within every human being. Another topic is a state of mind (Yoga, Enlightenment) in which this eternal being is permanently integrated with what the ancients called our intellects and we routinely regard as the "I, me, and self" who observes the world, thinks, recalls, feels pain, and so on.

Yet another topic in the second chapter is the mental attributes and observable qualities of someone in this supremely elevated state of mind called Yoga. A fourth and final topic is the path by which anyone may achieve this supremely elevated state. Because the second chapter covers all these related and important topics, it has been called the single most useful and important chapter in the Gita.

Narrowing our focus to this chapter, we will see that it is easily divided into three sections: section 1 (verses 1 through 10) recaps the battlefield, the two armies assembled, and Arjuna's intractable dilemma. It concludes with his appeal to Krishna for guidance. Section 2 (verses 11 through 38) presents Lord Krishna's description of the single, indestructible being that dwells within each and all of us; a being so intimately related to each of us that according to Krishna, once we exist, none of us ever cease to be. Section 3 (verses 39 through 72) presents both a description of someone in the mental state of Yoga/Union with this eternal being and a simple, practical means by which Arjuna and the rest of us may cultivate this supremely elevated state of mind, little by little each day.

Interestingly, each section of verses contains something in need of further clarification. In the first section, for example, we are moved to contemplate the true nature of Arjuna's state of mind. Is he simply unable to decide which of two righteous but difficult courses of action to take or has he become so overwrought that he has descended into a state of acute anxiety and depression? In the second section of verses, is Krishna telling Arjuna not to grieve because something eternal in all of us never dies or because something eternal and unique to each of us never dies?

Finally, in the third section, is Krishna suggesting that Arjuna (and the rest of us) mimic the superficial mental qualities and outward appearance of the enlightened individual or is he suggesting that we release our attention to move inward until it merges with the eternal being that dwells in all of us? Most translators and teachers appear to support the notion of mimicry. However, a handful of easily overlooked verses in the third section broadly describes the inward movement of our attention as the universal means of cultivating this permanent state of inner freedom.

For many scores of generations, the Bhagavad Gita has remained one of the most read and appreciated books in the spiritual treasury of world literature. Why? Because it addresses something seminally important to our lives, our communities, and humanity at large. It describes four main paths to the profoundly elevated state of mind called Yoga; a state bestowing enormous personal, interpersonal, and communal benefits.

Of these, Lord Krishna's introspective technique is the first described because it is the most direct and the most fertile soil for the development of the other three. Krishna's raja or royal yoga serves in this way by lifting the veil that ordinarily isolates our experience in the outer world of daily life from the vast ocean of pure consciousness hidden deep within each of us.

More importantly, it offers us a simple and enjoyable daily practice that, in time, dissolves this veil, leaving us to know the truth and enjoy every moment of our lives, regardless of the events over which we have no control. Krishna's simple, enjoyable, introspective technology offers us a practical means of leading such a fully realized, productive, and exemplary life; a life immersed in activity and adventure yet free of all attachments, deep longings, and paralyzing fears. For most of us, this is the greatest relief we can imagine.

However, the second chapter of the Bhagavad Gita contains something more. It contains the path by which our lives can naturally lead to steadily better relationships, families, schools and universities, places of employment, communities, and public institutions. How? By elevating the human condition, relationships between social groups, economic prosperity, community well-being, and institutional effectiveness. With all this in mind, the reader is encouraged to enjoy the nectar of eternal wisdom described in chapter 2 of the Bhagavad Gita and take full advantage of the introspective technology it describes as the basis for genuine self-development and lasting Self-empowerment. 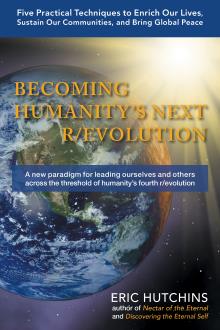 India’s Bhagavad-Gita (the Lord’s Song) is a seminal work illuminating our path to inner wholeness of mind, spiritual wisdom, and a life fully lived. It begins as Arjuna, a handsome prince and the best archer of his time, must choose between two different courses of action and their equally unsatisfactory consequences. Either he causes the deaths of a great many kinsmen by fighting to win back his stolen kingdom, or he lets evil prevail by refusing to fight. Faced with the same heart-wrenching dilemma today, which path would we choose and why?

Bewildered, Arjuna refuses to fight and asks Lord Krishna, his best friend and charioteer, to advise him. Lord Krishna begins by admonishing him to fight the unrighteous in order to protect the righteous. Krishna goes on to tell Arjuna why his grief over the impending deaths of allies and adversaries alike is misplaced and, in any case, a waste of time. Finally, Krishna describes how Arjuna and the rest of us can do what is right in our lives and achieve lasting happiness. The key is cultivating a mental state of union with the part of ourselves that neither lives nor dies and yet lends each of us the conscious awareness needed to perceive, think, act, and live in this world.

In Nectar of the Eternal, author Eric Hutchins brings together the work of several renowned scholars including Mahatma Gandhi, Maharishi Mahesh Yogi, Vladimir Antonov, Eknath Easwaran, and Sir Charles Wilkins (the first to translate the Bhagavad-Gita into English in 1785). Their translations of thirty-eight key verses along with the author’s five decades of deep, introspective practice provide depth and clarity regarding how we may achieve more joyful lives, better enrich the lives of others, and help build sustainable communities and a peaceful world.

Eric Hutchins’ life-long quest has been to live a full, joyful life in a more sustainable world. While reading in psychology, sociology, and anthropology at university, he began the daily practice of a traditional, self-transcending form of introspection. For five decades, he’s maintained his twice-daily introspective practices and East-West studies of human consciousness. His goal is to share humanity’s most important techniques for Self-empowerment and advance humanity’s fourth global r/evolution. He lives on the Central California coast and may be contacted at www.NectarEternal.site.