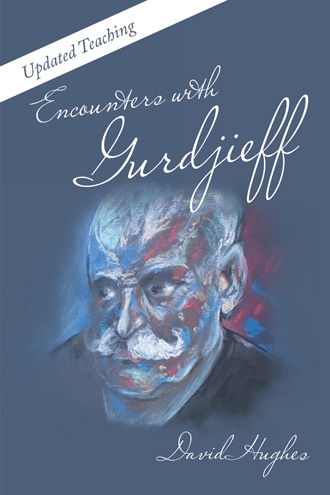 This is an unexpected input from the remarkable mystical teacher, George Ivanovitch Gurdjieff, over thirty years after his passing in 1949. A method of transmission was devised, through a trance medium, with multiple means for pursuing and checking the authenticity of the material and demonstrating the validity of the explanations provided. The information given is linked with clues in the published corpus of available teachings and backed by research into ancient sources of what Gurdjieff knew.

It comes with the intriguing stories of how both the author found himself involved in the project, and Gurdjieff ’s explanation of why he had to resort to such a means of communication. Much of the mystery surrounding the man and his mission is unpacked, and many things about his life and work are revealed for the first time. We get a fuller picture at last of what he was trying to achieve during his lifetime.

Special groups were set up by Gurdjieff before his passing to protect his writings and disseminate his teachings when he was no longer here. Many groups in many countries still carry on that work.

What Gurdjieff addresses in the message of this book is the incompleteness of what he was able to pass on by that means. His students simply weren’t ready to receive all he had to give to them. What couldn’t be directly said or grasped was hidden in his enigmatic writings. At some future time, those messages would need to be revealed. This book is part of that process.

Followers of Gurdjieff will find invaluable updated teaching here. Those previously unacquainted with him will nevertheless find a reliable path to self-development.

The author was born in Melbourne, Australia, in 1946. He attended Monash and Melbourne universities, gaining two higher degrees in philosophy. He served for 12 years as a lecturer in academic philosophy, and has been a long-time student of many psychic/spiritual teachings and pursuits.