A Change of Heart

Book One of a Trilogy 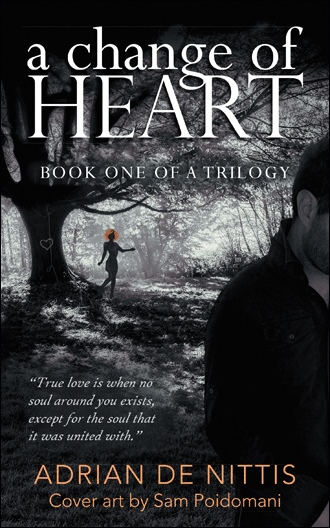 Tom Wethers is a simple man living a simple life. But due to a change in prosperity and lifestyle, he finds himself in a place where the unimaginable can and does happen to him—and where his heart leads him in a direction he never thought possible. All his loved ones have forgiven him, but he soon realises that forgiving himself will be his most difficult challenge.

His change of heart opens new doors and introduces him to new individuals and new accomplishments. The doors remain open for him to enter and exit as he pleases, but he cannot keep the individuals under control. His accomplishments help him; they steer him in the right direction, one that could fix the depressive thoughts that plague him. But it is his accomplishments that are the causes for Tom’s depression. The individuals who come out of all of his accomplishments clutter his mind and, more importantly, his heart. Only time will tell if he’ll be able to get his life back in order.

In this novel, a man serving as a lifeline for others finds an unexpected love in the midst of a deep depression.

Adrian De Nittis was born in Melbourne, Australia. He is also the author of Twisted Tales, Volume 1 and two children’s books. A Change of Heart is the first book in a planned trilogy. The father of two sons, he lives with his wife, Kristy, in South Morang, Victoria, Australia.