Not What I Expected 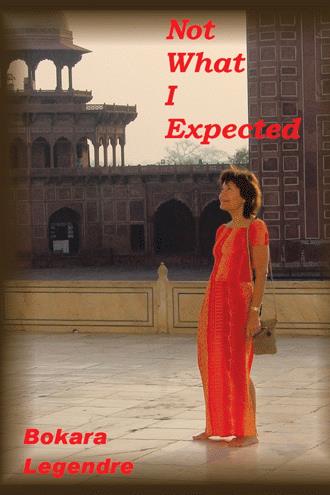 Not What I Expected is a beautifully crafted memoir of adventure and seeking, the world crossing journey of an artist and journalist. It is one of those rare documents that emerges only from hard sleuthing through old trunks in storage, file cabinets, photo albums, and yellowing letters. It is also an account of a survivor of being raised during the gilded years of the first half of the 20th Century. At first glance, it is a story of great privilege, partying among the upper levels of New York society, voyaging through the world to exotic places, meetings with spiritual teachers of the highest order like the Dalai Lama, painters, film producers, writers, and other shapers of the world in which we now live. In unique style, Bokara interviewed the famous, barbecued beef for a contingent of Tibetan lamas at her cliffside home in Big Sur, rode elephants and befriended Pandas, brought people together and transformed her own life. At its heart, Not What I Expected is a story of the world of one who was raised by servants, isolated from her family’s plantation, struggling in the midst of ballrooms, meditation centers, and vast wild preserves, learning to find a true home in the world.

“Bokara Legendre, artist, writer and journalist has bridged many worlds. Her journey includes award-winning Television shows, studies with shamans and lamas, painting exhibits, theatrical monologues and environmental activism, and a creative social life across the far flung globe. She has worked with organizations from the Paris Review and Esalen Institute, to the Wildlife Conservation Society.”