Different Ways of Being an Educator 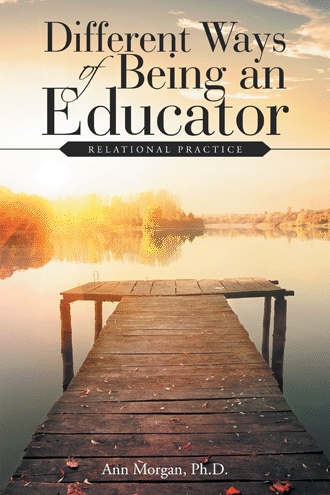 Educators who work in flexi schools address the particular needs and interests of young people who choose to re-engage in flexible learning pathways. In the process of walking alongside young people, educators in flexi schools are provided with many opportunities for critical reflection to develop greater self-awareness and awareness of others. Engaging in education for transformation offers encounters with complexity that challenge and change perspectives on the nature and purpose of education, the nature and purpose of what it means to be a learner and traditional notions of what it means to be an educator. In flexi schools the term educator is used in its broadest sense to include all adults in the learning community who enter into authentic, respectful relationships with young people. Teachers, youth workers, social workers, counsellors, music, arts and outdoor education workers, administration, support and kitchen staff, artisans, technicians, crafts-people, grounds-people and community volunteers, all have an educative role as they engage in relational learning with young people. In this process of relational practice, educators’ professional identities are influenced and changed through relationships with young people and colleagues. This occurs in ways that are often different to educators’ experiences in conventional education contexts. Flexi schools nurture relationships with young people that have a different quality to traditional adult/young person relationships in many conventional schools and in the broader dominant culture. Adult/young person relationships in conventional schools and in society more generally, are typically hierarchical in nature (Nabavi and Lund, 2010). In flexi schools, more mutual and democratic kinds of relationships are fostered. Educators negotiate and co-construct their identity in relationship with young people and colleagues in the learning community. Identity has multiple facets – it is not fixed. The lives of young people in flexi schools influence adults, resulting in adults changing perspectives and developing new understanding. Adults influence young people in responsive ways that seek to avoid punitive measures to control young peoples’ behaviour. Young people are encouraged to have a say, to have their voice heard and to exercise agency. Agency is understood as the ability to act on the world around us. Whilst these kinds of qualities in relationship are in no way confined to flexi schools, a key difference in the context of flexi schools is that the young people who attend have been excluded from other educational systems, or have made choices to find an alternative option that works for them after experiencing failure in other settings. Many young people in flexi schools have experienced poverty, injustice and social exclusion. In conventional education settings they are frequently perceived and labelled as ‘too hard’ or ‘too challenging’, ‘too problematic, oppositional, violent’ or simplistically ‘deviant' or 'too far gone’. Rather than trying to change or fix young people, flexi schools offer a transformational model of education in which education provision is changed. Those willing to engage and learn from one another, guided by the Operation by Principles model, experience education that is people focused and that privileges relationships. Strengths-based practice The notion of understanding young people was further nuanced by a number of educators when they described how they adopted a strengths perspective to young people rather than a deficit approach, which requires seeing the dignity and potential of the young people rather than only noticing their problems (McCashen, 2005). This perspective is captured in the following response: “If you can somehow break those barriers down and get to know that person. There's a rich little person in there, that's got a lot of really cool opinions . . . everyone's got something really great to do or give or learn.” (INTERVIEW 14) A strengths-based approach to working with young people was articulated by another educator when she said: “Many of these young people have always been regarded by really good professionals as, you know, having deficits. . . So there’s no wonder that that young person after a number of years come to the conclusion that ‘Oh I’m the problem and I carry these things with me that are the problem’. So if you don’t work from that model, if you start with another model of ‘look at your strengths’.” (INT 10) Critical reflection for self-awareness and awareness of others: Seeing potential and strengths • Identifying your own strengths – what are they? • What difference did it make to you when someone acknowledged your strengths and had confidence in your ability? • Have you experienced a relationship with a significant person in your life (e.g. parent, teacher, boss, significant other) who seemed to focus on your weaknesses or limitations? How did this affect you? • How might these experiences influence your practice with young people? (Consider underlying assumptions, values and beliefs)

The Different Ways of Being an Educator series highlights the shifts and movements educators make in a flexi school context. Flexi schools offer programs that are responsive to the needs of young people who face complexities in their lives that have created barriers to learning in conventional schools. Not all flexi schools are the same, but they have some common features and practice frameworks. In Relational Practice—the first in a three-book series—the author explores an educational model for those who seek to give disenfranchised young people access to safe and dynamic learning communities. Drawing on stories from experienced practitioners working with young people in flexi schools, the author shares insights about re-engaging young people and effective ways of working with colleagues in multidisciplinary teams. The concepts are presented in easy-to-access, clearly themed vignettes from educators. Each element is accompanied by questions that guide staff to engage in critical reflection individually, within teams, and with mentors and supervisors. For educators in any context, the series offers practical strategies and relational ways for educators to support young people to remain connected and engaged in learning at school’.

Ann Morgan, Ph.D., supports multidisciplinary educators in a network of flexi schools in southeast Queensland, Australia. Her focus and interests include staff formation and professional learning, and she has extensive experience as an educator in a variety of contexts. Ann lives with her family in a multicultural and richly diverse suburb in Brisbane, Australia, and enjoys camping and spending time in nature.