Awakening to the Creative Process of Life 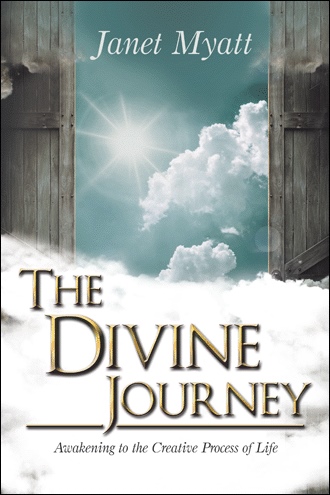 1003 Chapter 1 ~ In the Beginning A New Idea of God I was profoundly affected by the Seth books written by Jane Roberts when I was in my twenties. Seth was the first one to teach me that we are immortal spirits having physical experiences, not physical bodies having spiritual experiences. He explained that we got here by choosing to be here, choosing to incarnate into physical bodies. He taught me that we are all the creators of our own reality. This was such a staggering idea for me at the time because I felt so powerless in my life. It seemed crazy, and it made me feel a dragging sense of responsibility for things that felt completely out of my control. At that time, I could identify myself only through my ego, and my ego believed God was separate from me. And if God were the Creator of everything and He was “out there,” how could I also be a creator? In those days, I didn’t have a clear sense of myself as a divine spirit, even though I’d had communication from spirits, so I knew they existed. Within my own personal experience, I had an awareness of something that most people called “God,” so I felt He must exist somewhere. But I didn’t understand all the teachings and trappings that surrounded that word and felt rather alienated from it at times. I’d heard “the Voice” at various points in my life and concluded that something bigger than me was talking to me. But I still thought of this “something” as being completely separate from me. Eventually, however, I began to wonder why my experiences of God were internal rather than external. If He were out there and separate from me, why did I experience God internally? This got me thinking. Why do we believe we’re separate from God when we really aren’t? I have come to understand that we think we’re separate because we’ve forgotten that we’re not. And we have the free-will authority to think whatever we choose to think. So, in a nutshell, separation is an experience based on an idea—nothing more—that we have taken so seriously that our entire identity is based on it. Thus, it’s no longer an idea we’re willing to move out of readily. Imagine your mother falls and hits her head. When she regains consciousness, she has no idea of who she or anyone in the family is. She doesn’t remember you or that she’s related to you. Does that make her no longer your mother? Is she no longer a member of your family? Of course not. You know she is still your mother. You know she is still a member of your family. You know you came into this world through her. Just because she doesn’t remember it doesn’t mean it’s not true. I have found that it’s the same with God and us. We come from God, and God is always within us. But because God made us in His own image, we have free will. We can create whatever we want, even spiritual amnesia. This doesn’t negate God from God’s perspective, only from our own. God’s point of view is holistic. It includes everything. Our point of view is individual, and we contribute our point of view to God’s experience of Himself. The Big Bang Let’s go back to the beginning (relative to our point of view). As I thought about God being whole and complete, I wondered what kind of creations would result from that wholeness and completeness. Why create anything new if you’re already everything there is? What I saw was that God creates because God is creative. Furthermore, all that creativity needed to be expressed and experienced. We can actually understand this from our own experience. For example, you can imagine all kinds of things. You can see them vividly in your mind’s eye. You can envision every little detail about something. The only thing you can’t do in your imagination is experience it. Thus, if it’s an idea that excites you, you want to experience it. You want to give it form; you want to move it from a subjective experience in your mind to an objective experience. I imagined writing this book long before I sat down and wrote it. The imagined version was an idea full of unexpressed potential. Because it was not yet manifested in the physical world, I could only subjectively experience the potential of the idea. But the idea was compelling enough to motivate me to sit down and do the work of actually writing it so I could objectively experience it in a material form. Seth teaches in his books that it was like this for God. Simply put, before the Big Bang, God was full of ideas that yearned to be expressed. Thus, God existed as the Formless One, the Source of the three primary creative forces of will, love, and intelligence but did not yet experience these forces in action. He did not yet experience these creative ideas because they were still unformed, unactualized bits of potential. They existed as creative forces or pulses that had not yet been put into play. But it was God’s desire or will to express and experience Himself; thus, the necessary coupling of latent and active forces within Him ignited and resulted in the Big Bang. The activated forces of will, love, and intelligence exploded. Universes were born and seeded with the same creative forces and inherent desire to experience creativity. In this way, everything created in the Big Bang is an extension of God and remains a part of God, imbued with the same creative forces of will, love, and active intelligence. Every spark of life has within itself the divine potential and inherent drive for self-consciousness or self-awareness. This innate potential drives each spark to find ways of individuating to experience a sense of self, or a particular point of view, within the larger point of view.

Have you ever wondered, “Why aren’t things going the way I want them to? Why can’t I create the change I long for? How can I move into a place of love, inner peace, and joyfulness?” The Divine Journey offers a unique combination of thought-provoking ideas, real-life stories, targeted exercises, and guided meditations to catalyze your higher intuition and help you find your answers. Drawing from such diverse sources as the Ageless Wisdom teachings of Alice Bailey, A Course in Miracles, The Urantia Book, Seth, and the Christian Bible, author Janet Myatt offers a modern interpretation of complex spiritual concepts that can be applied to your daily experience. The Divine Journey takes you on a path of spiritual discovery to learn how the forces of creativity work within you and help you move out of painful ways of thinking and feeling into an awakened awareness that is limitless, loving, and powerful. You’ll find tools to help you: • Discover the divinity within you. • Understand how your thoughts and desires determine your experience. • Heal the mental and emotional patterns that cause suffering. • Experience a deeper connection with yourself, others, and the world around you. Whether you are newly on the path of spiritual awakening or an experienced traveler, the concepts and techniques offered provide fertile ground for a transformational shift into your unlimited self.

Janet Myatt, MA is a spiritual counselor, teacher, healer, and licensed minister. Her training includes a master’s degree in psychology, thirty years of extensive spiritual studies, and ten years of advanced training at an awareness institute specializing in healing and strengthening the mind/body connection. She lives with her husband and three sons in Livermore, CA.