Was the Backseat of a Car 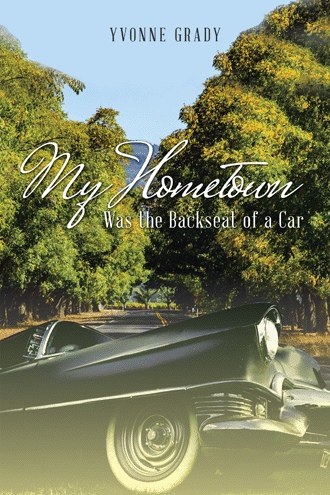 Shame I was playing a game with my brother when Dad called me to comb his hair. Something was different about his tone of voice this time, I was afraid, nothing I could explain, but I had a sense of unease. Oh how I wished there was a place I could hide where Dad wouldn’t find me. He called me again his voice was getting louder and deeper filled with emotion. This added to my fear, when I walked into the bedroom I felt sick, I told Dad I didn’t feel good. This added to Dad’s anger you could feel the rage hanging in the air, between us he yelled “I told you to come over here and comb my hair”. I didn’t take my eyes off of him as I walked closer nor did I look him in the eye afraid he would see my fear. Something inside me told me to act normal as if everything was okay. I took the comb from his hand shaking inside not sure why and walked behind him to comb his hair. I was combing his hair trying my best to do a good job hoping he would relax and maybe go to sleep as he did sometimes. For a while neither of us spoke I was focused on being really quite and doing a super good job and not making him get angry again. I saw Dad’s head drop forward a little I remember thinking he is going asleep. I felt calmer, breathing a little deeper. I moved to his side to work on combing from the front side to the back when he grabbed me and pulled me onto his lap. Dad was breathing deep and fast, as he buried his face into the nap of my neck. He was holding me so tight I was gasping for breath, I tried to squirm he held me down as he was pushing up against me. I was afraid; I felt like I was choking desperate to get free, I couldn’t make my voice work, I was trapped, and screaming yet no sound would come out. His breathing was coming faster as he was moving quicker and quicker pushing his self-up against me. Finding my voice, I said Daddy, that thing is pushing against me really hard you said to tell you when I felt it, please stop, I cried in desperation. I didn’t understand what was happening, I was terrified, I kept hoping Ma would come home and save me. Again I tried to get free he held me down with fierce determination I think he was excited by my struggle all of a sudden he pushed so hard then he was still. He kissed the back of my neck stood up and dropped me on the floor walking out of the room he told me to go play. Why did my Daddy to do this to me? Am I a bad girl? Lesson learned: Shame. I didn’t have a voice in what was happening to me.

What really goes on behind closed doors? Are you a survivor of childhood abuse? My prayer is this book will give you a clearer understanding of where some of your beliefs come from. Yvonne gave her inner child a voice to express her feelings about the abuse she suffered at the hands of her parents. As she allowed the memories freedom from the self- built concrete block storage unit in her mind’s eye, she could see the storage unit had become a living being. Pulsing, festering, with seething rage trying to seep out of hiding, refusing to be ignored any longer. These memories were affecting her life, health, and relationships with others. What she tried so desperately to keep hidden from others wanted a voice. Yvonne could no longer hide from the truth, pretending all was well, it was time to look back and heal the past. Stripped naked standing before you, I am allowing myself to be truly seen for the very first time. I have learned you are not your experiences; you are the interpretation of that experience. I have decided to let the past go, glean the knowledge, and move forward. I know I am who I am, because of my experiences, and I do have Value.

Yvonne is a daughter of a Pentecostal Evangelist, who grew up in the back seat of the family’s car traveling across the United States. Yvonne is a spiritual counselor, teacher, and healer. She lives in TN with her husband Steve and all of their beloved pets.