The Chronicle of the Ostmen 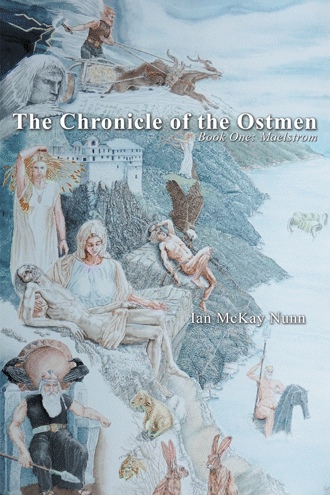 The Chronicle of the Ostmen Privileged young noble, became a hostage to a warlord in a raid on the monastery at Eire’s ecclesiastical heart land. Mael MacConaill is propelled into the Danish invasion of the British kingdoms during the late ninth century. The clash of religious traditions and lives is told through the experience of the battle for the last Saxon kingdom brought to a teetering threshold of existence by the onslaught of pagan forces. The outsider in an alien culture within a foreign country he is thrown into a brutal chaotic realm with only his resourcefulness he builds a reputation to thrive in a time of uncertainty. Where Christian lords have grasped the power of the written word as the story is told in the light of a lord’s patronage. Maelstrom is the first episode in the series of illustrated stories of exploration through ninth century Europe and beyond. A story of post-Roman Saxon Albion, under threat from invading opportunist Danish warlords told through the eyes of a boy hostage. The young Irish son of a lord has to weave his way through foreign cultures and beliefs to gain his manhood. Maelstrom is the first book of the chronicle which describes the exploits of the ‘Ostmen’ on the quests we assign to mythic legend. 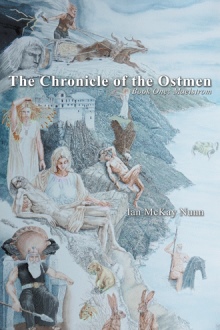 The Chronicle of the Ostmen
Ian McKay Nunn
$17.99

I t is 869 and Ard Mhacha remains the preferred meeting place of the ancients. Within a land controlled by monks who tell the people how to act and what to learn, Mael MacConaill grows up a privileged young noble who has no interest in hearing about God’s plan for him to reach heaven. But when the monastery is suddenly raided by Ostmen, everything changes for Mael. After he becomes a hostage to a warlord, Mael is unwittingly propelled into the chaos surrounding the Danish invasion of the British kingdoms. While a battle for the last Saxon kingdom ensues, Mael becomes an outsider in an alien culture within a foreign country. Now as he learns to rely on his resourcefulness to survive within a brutal chaotic realm, Mael must somehow find his way during an uncertain time when Christian lords dutifully follow the written word. In this historical novel for teens, a young noble’s life is transformed during ninth century Europe and beyond after he is taken hostage during a raid on a monastery.

A student of art and culture for over 40 years initially looked into Asian art and its implicit involvement with the forces of nature and the divine. The artist in Asia was just the scribe of a society that drew the connection between the elements that affected all conditions of life and the powers that could influence their quality of life. The conduit between the all powerful forces and daily life of folk is a special role acted by shaman, sage, pharaoh, priest, and more recently king. It is this need to connect to the ultimate powers that shape life on earth and the afterlife that has captivated the minds of all traditions is also at the core of this work. As an infant my good Scots folk immigrated to a land of opportunity in the Antipodes, to make a better life for us. They did and this work is an expression of that experience of living and growing in a foreign land with differing cultures. More importantly it is the opportunity to grow to understand the common and the different traditions and attitudes of many people. For many years the habitat of this land held my attention; its ancient geology, the marsupial dominated fauna, the diverse eucalyptus forests. The later was the focus of an early animated film on forest preservation. But now it is the population that terra-forms its habitat to the needs of its society as it sees fit. And it is the attitude of the people that motivates that unstoppable drive.