The Entrepreneur’s Guide to Building an Empire 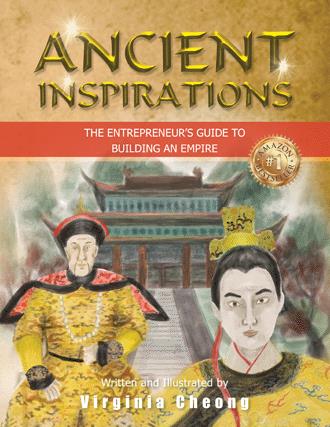 The Inspired Kingdom Ateli was a very young king. He had inherited his kingdom as a child, and for the last eight years, he had been ruling this enchanted place in the southern mountain region called Mystic Mountains. Each day he would attend the Royal Hearing Hall where important matters would come before him. Often, he had to make a royal decision or perhaps issue a decree. Yet even though this was an important function of a king, Ateli showed little interest. Often, he would secretly look forward to the last item of the day so he could leave the Royal Hearing Hall. He looked forward to the conclusion of his royal duties so he could go hunting and explore the beautiful mountains that surrounded his lands. But after several years of following the same routine, King Ateli, who was now eighteen, found himself plagued with boredom. Before his father passed, arrangements were made to ensure Ateli would always be surrounded by counsellors, ministers, royal advisors and wise men. Their jobs were to ensure that the young king rule wisely and lead the people of the kingdom. Ateli realised that those who were assembled by his side often seemed to have wisdom and insight that left him feeling quite useless. The title of king meant nothing to Ateli. He found his job burdensome and unfulfilling. Sadly, Ateli thought he could never be as smart as his father, who had not only been wise but had also gained great respect from the people throughout the kingdom. It seemed to Ateli that everywhere he looked and every decision he made confirmed that he was not suited to the position of king. His decisions and ideas would usually be discouraged or simply overturned by the Assembly of Elders. At times, Ateli questioned why his father handed him the throne, as it was clear he was quite inadequate. Day after day, people would line up to ask for justice, but Ateli developed the habit of turning toward his committee of advisors who seemed to make better decisions on his behalf. One day, the chief of treasury knelt in front of King Ateli and reported the gold reserves were running low. “What do you mean? We have plenty of gold,” replied Ateli. He wanted to ask how the chief of treasury had not become aware of this situation before it reached this worrying stage, but he found it difficult to find his voice. Finally, he found the courage to inquire about the kingdom’s financial affairs. After all, the king did have a right to know. “My King, every year, our expenditure is growing. The number of royal mouths to feed has increased, yet we have not increased our taxes to accommodate this growing demand,” answered the chief treasurer. “What do you suggest I do?” asked the king. “Well, it is clear that we must increase taxes.” One of the elders was about to protest, but the king raised his hand to stop him. King Ateli was feeling restless and was not interested in a debate. Having made up his mind, he instructed the chief of treasury to draft a royal decree that would introduce a new tax. “Next!” instructed the king, who was now keen to reduce the queue as soon as he could. Standing before the royal assembly was a very poor-looking farmer hobbling in with a cane. His clothes were muddy and had holes near the elbows and knees. In a croaky and trembling voice, he complained to the king that his neighbour’s sheep had eaten his crop. “Do you have fences around the boundaries of your property?” asked the king. “Well, not really, Your Highness. I’ve never had to have them in all my years, as—” The king interrupted before the farmer could even finish his sentence “I’ve heard enough! I order you and your neighbour to place fences around the boundaries of your properties. In fact, I order all farmers in the kingdom to erect fences around the boundaries of their farms!” As he made the order, the king looked over his shoulder to see if any from within the Assembly of Elders would protest or suggest something different. They were silent. Most of them sensed the king was now unhappy because of the news the chief of treasury had just delivered. With no objections, Tuyan, who was one of the youngest wise man appointed personally by the king, documented the king’s order and handed it to the farmer. Ateli felt very discouraged. It seemed as though every matter that came before him left him feeling somewhat depressed. He simply could not understand why he was required to attend to such petty issues. Feeling he had dealt with enough problems for the day, he instructed Tuyan to take over. “For the remainder of this day, Tuyan’s decision will be my decision,” he said firmly, before dismissing himself. The royal assembly stood and bowed as the king left the hall. As they watched Ateli pass through the courtyard, they all shook their heads in disbelief. In their minds, the king had left his post. Never before had the king simply walked off his job. The next day, Ateli was enjoying an afternoon nap when his aunt burst into his room. She was clearly upset. “How could you do this? Don’t you know your people are already starving? Families are suffering and some are forced to sell their children! Your people are living on the streets because they are so poor!” Clearly shocked by his aunt’s reaction, Ateli quickly put on his robe. By now, his guards had rushed in and seized the distraught woman. One of the advisors also entered the king’s chamber, saw what was happening and said, “My king, this woman has clearly stepped out of line and must be dealt with accordingly. Otherwise, there will be an uprising among the people.” 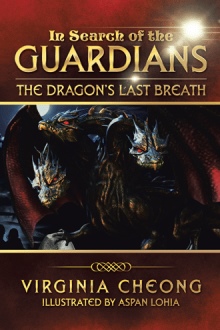 In Search of the Guardians
Virginia Cheong & Illustrated by Aspan Lohia
$18.99

This is not just a story. It’s a historical fable designed to make you think as a leader. This fast-paced fictional story takes you through the roller-coaster rides experienced by leaders, whether you are managing a small business, home-based business, or even a large corporate company. While most self-help books teach you the how-to-do-it process, Ancient Inspirations provides you the necessary tools to deal with situations (problem-solving skills), even long after reading the book. This book has been written and rewritten many times over to produce the magical formula to address the everyday challenges and emotional roller coaster faced by the modern-day leader. It has been reviewed by industry leaders, MLM leaders, successful entrepreneurs, network-marketing professionals, and business coaches as highly recommended and a must read. It is a particularly useful tool for coaching and mentoring teams because you can break down each chapter and relate it to a specific situation that is relevant to the reader. The characters used in Ancient Inspirations depict real-life characters representing the typical personality profiles used by marketing teams, those in sales roles, and team leaders. Ancient Inspirations is not the typical step-by-step, “follow this, and you’ll succeed” kind of book, There’s plenty of those around. What this book does is delve deep into the mind-set of the average person who is embarking on a purpose-filled mission, someone who is about to do something great but lacks the self-confidence or direction. It follows his mind-set journey from a sense of failure, fear, and frustration to one of greatness and success.

Virginia Cheong was a single mother for many years before she decided to complete her tertiary quali-fications. She has since worked in the corporate sector in the field of business development, business consultancy while Lecturing at Sydney University. Over the past 7 years, Virginia has been pursuing her interest in the area of entrepreneurship and people development.