Lifting the Veil of Light 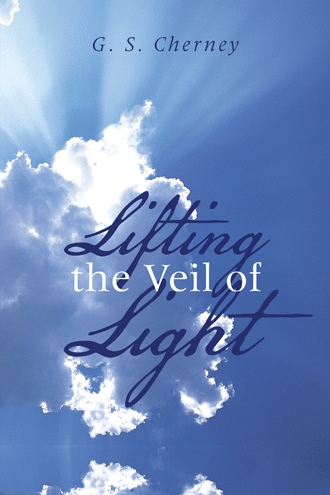 While pondering all this, she became aware of a sudden chill in the room, and looked up sharply. Something was not right - she could feel her flesh crawl as if someone was pricking it with tiny needles - a sort of strange tingling sensation. Looking over to the stove where Marie was standing, she noticed how rigid her body suddenly had become. Could her imagination be playing tricks on her? Only the two of them were in the room, but somehow she suddenly felt threatened by Marie’s mere presence, and an overwhelming feeling of anxiety swept over her. Without warning Marie spun around like an athlete, facing Anna. She was breathing heavily, eyes blazing with a fanatic hatred, and her voice was low and threatening as she unleashed a deluge of angry French. Dazed by shock and fear, Anna pressed up against the wall, desperately trying not to be overcome by terror. There was no doubt that it was Marie’s face. Yet, in a way it wasn’t. Instead of her normal, sweet old face - it now appeared terribly repulsive - twisted somehow into a hideous, demonic sneer of pure madness. Anna stared at her incredulously. Kind and thoughtful Marie simply couldn’t be a part of Al Ulix’s fiendish army. Something had taken over her body - something evil and frightening, and at that moment Anna felt deep guilt sweep through her. It was her fault Marie’s life was now in jeopardy. If she and Elad hadn’t consented to stay here with Aleeda, this would never have happened. But there was no time to dwell on this as she watched Marie walk toward her gripping an iron poker in her hand, ready to strike. Cold fear threatened Anna’s thinking, but it was useless to try and defend herself. In her present condition, Marie was in a state of frenzy, and nothing could stop her. But neither one of them had counted on Domino. When he had discovered that his beloved mistress no longer was in the room, he had come looking for her. A hissing snake-like sound emerged from Marie’s lips as she whirled on him, and for a split second he hesitated. Marie was his friend. But then his keen animal instinct must have sensed that this was not the Marie he was familiar with, but rather some sinister spirit that had taken possession of her body. In an instant he went for her throat. Marie’s frail body was no match for his powerful jaws, and with a loud gurgling sound she tumbled lifelessly to the floor. Although Anna was unaware of it, she must have screamed, for a moment later Elad and Aleeda rushed into the room. Their eyes widened in horror when they came face to face with the bloody scene. Elad, who immediately understood what had happened, said, “We are dealing with demonic forces, Aleeda ...... and we should not have allowed you to become a part of it, nor your family. I am so very sorry.” “How horrible that this had to happen to Marie,” Aleeda whispered, visibly shaken, tears streaming down her face. “She didn’t deserve this.” “No, she did not.” Anna was sitting very still, her face chalk white, her eyes haunted, but this time she did not cry. Elad knelt down in front of her. “Anna,” he whispered in a low gentle voice. But she only looked at him with deathlike indifference, and he fully understood the deep pain which threatened to crush her spirit. Her mind was slipping away from her, and she didn’t care. In fact, it was a welcome relief, and he could tell that she was drifting away from them - her conscious mind retreating to a safe place within herself where no one could reach her. She didn’t want to be a part of such a violent reality anymore. “Anna,” Elad pleaded, shaking her gently. “Please come back? Don’t leave us...... we need you.” But Anna was feeling a strong impulse to surrender - to simply fade into total blackness. And an irresistible force was taunting her - daring her to explore the unknown. Her soul was naked and empty, and the image of Marie was circling aimlessly in her brain. The horror of what she had just seen became a haunting just guilt, and the words, “my fault”, echoed through her mind. The scene she had witnessed and the impression of evil, were accompanied by no feelings of fear. She was beyond that, and only a hazy memory of reality held her back from slipping into darkness forever.

Lifting the Veil of Light is a high-concept suspense-thriller about love and forgiveness. It will appeal to mainstream readers interested in science fiction/fantasy. The book follows the book of Revelation in the Bible, with a twist. As the world is nearing the end of times, the main character, an ordinary young woman named Anna, learns she has been chosen to destroy the Antichrist—referred to in the Bible as a terrifying being that appears as civilization-shattering events begin, leading to Armageddon.

The author attended the University of Oslo, Norway, and has a BA and MA in education from the University of Northern Iowa. She was born and raised in Norway, where superstition and fantasy abound, like trolls and fairies. For centuries , Norwegians have believed in the supernatural, and from an early age, she was exposed to these tales. It fueled her imagination, and she began writing short stories at a very young age resulting in this book, Lifting the Veil of Light.