Learning to Communicate with Angels and Other Divine Beings! 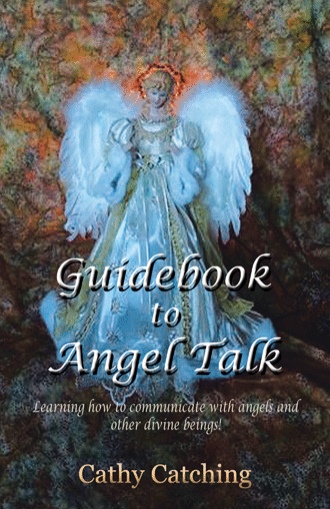 Angels 101 The word “angel” is derived from the Greek word “angelos” which means messenger. These beings have been described in almost every known culture since the beginning of recorded human history. Some of these celestial beings have been clearly described with wings and others with simply an ethereal glow about them. They are known as “God’s messengers” and act as benevolent intermediaries between heaven and earth. Although most people in today’s world would describe an angel as appearing in human form with wings, this description is mainly so that we can identify them based on our own personal training. It is also for our benefit in that it is easier to identify with a being that looks like us. We are more amenable to them helping us and this image is an easy visual concept for us. The appearance of wings also serves a purpose in that we naturally associate them with a physically higher level than us. Wings would allow them to fly over us and cross into what we perceive as heaven above us; thus lending credibility of their divineness. Angels are actually beautiful and indescribable white light beings whose energy is unlimited. They have powers that are simply beyond our comprehension. These astonishing ethereal beings are with each of us all the time to guide us in our spiritual progression. Let me explain. I believe that our soul is eternal and reincarnates into human form as many times as necessary until that soul reaches a perfect enlightenment. After that, the soul may continue to reincarnate to teach others their path to enlightenment or may work from the other side in various projects. It is worth mentioning here that enlightenment and attaining a higher level of consciousness have various definitions and meanings. For the sake of this book, I will refer to this as “having gained advanced spiritual knowledge that allows one to be free from fear and realize that limitations are only within the mind.” Enlightened beings live their lives in a blessed state and are optimistic and full of positivity; live without fear and worry; and trust in a Universal Energy Source to take care of their earthly needs. Once they become enlightened, they understand the need to help others attain the same level of peace and happiness. By doing this, they are assisting mankind towards achieving complete peace and harmony. Angelic guidance is always available but normally we have to request their help. There are times when they will communicate and intercede without the request but I have not been given details on when and why this happens. For the most part, people need to reach out and have the desire to grow spiritually before they can become really involved. I think it is important to note here that another reason for them to want us to ask for their help is that it spurs us to look and listen for a response. If you are having a conversation with someone, you may not hear what they are entirely saying unless you are asking a question. It is your desire at that point to obtain a response and you normally pay more attention. I believe that angels are here to help us with our divine encounters in a personal manner. They can present as male or female; and also with various personalities to assist us in what we need at the time. Many of you will understand this as you get to know your angels and will consider them to be your best of friends! Each of us has a minimum of two assigned angels, although many people have more than that. One angel is what we consider our “guardian angel” and stays with us for our lifetime while on earth. I believe that this angel can change during our lifetime if circumstances warrant it. One such circumstance is when a person’s spiritual level rises and they become enlightened or “awakened to their divine gifts”. I then believe that it is possible that a higher ranking angel steps in to become their guardian. Some enlightened ones are also considered lightworkers who have progressed to a higher level of spirituality. It is their job to teach and perform healing work during their lifetime on earth. The healing work is done to help others to advance to a higher level of consciousness. In order to carry out these duties, these lightworkers need the assistance of these higher ranking angels. Many of them (if not all) have what we know as archangels as their guardian angels. I might add that lightworkers are all healers, but not all healers are considered lightworkers. Some that are doing healing work still retain negativity within their lives and have a degree of egocentricity that impedes their progress. These folks have desire to help others but have a few issues to work out for themselves. I have personally run into a few of these people myself. I recently met a lady that ran a healing shop that included holistic medicinal treatments. She was very pushy in her attempt to have me sample one of her recipes and became downright rude after I declined it. Although she would consider herself a healer, she was too caught up in her own ego to be considered a lightworker. I am elaborating on this so that you will know that there are various degrees of healers out there. Please remember that in this respect, don’t allow one bad apple to spoil the entire bunch. Many healers operate fully within love and light. They are full of loving messages without criticism or condemnation. 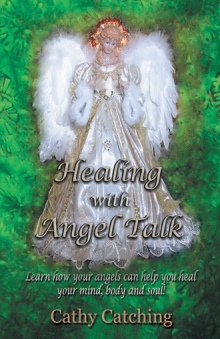 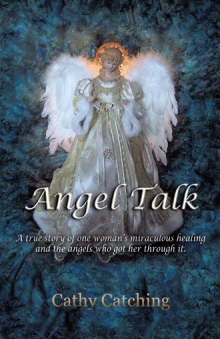 Guidebook to Angel Talk is a remarkably detailed handbook on how to communicate with angels and other divine beings. Learn the basic skills on how to release your fears and unlock your own divine connection. With these skills, you will be able to connect with your own guardian angel, the archangels, departed loved ones, or any other heavenly being! Your angels want you to understand about their unconditional love and are eager for you to talk with them. They want you to enjoy your life and will show you exactly how to do so. Learn how this angelic communication can create a happiness and positivity that will radiate from your very soul! Learning to talk to your angels just may be the single most important thing that you have ever done! Guidebook to Angel Talk also offers readers a glimpse into the life of clairaudience as the author relays some of her own personal stories of angelic interaction. As she shares these captivating stories, you may very well be able to see the divine synchronicity in your own life!

Cathy Catching, a gifted intuitive, gained the ability to hear the divine shortly before being healed from an incurable disorder. She currently owns a small business in Galveston, Texas, where she also does angel talk readings and teaches others how angelic communication can provide emotional, physical, and spiritual healing.