And Other Tales of Magical Creatures 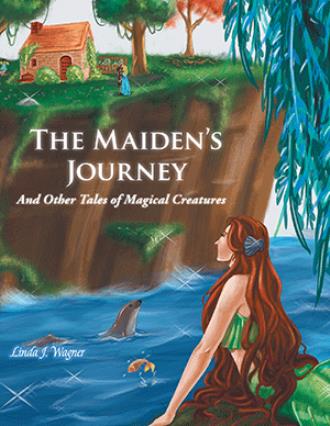 One dark night the stars came out to splash the moonlit sky The creatures of the sea and land could hear the mermaid cry Her pounding heart was terrorized as lightning crashed the air Poseidon challenged Neptune with warning and a dare Commanding power o'er all the deep, he caused a violent storm The silver stars escaped their doom, the willow wailed and mourned To free the maiden from her curse of gripping weed of sea Tangled in her mermaid's tale, who could set her free? Somewhere in a prayer beyond the sea and night A rescue was commissioned, an angel took to flight Soaring through the cosmos, suspending time and space Planetary checkpoints discovered not a trace The mirror of creation enlightened with a glance Revealed exact location of the master of song and dance Armed with calm assurance, the one took rapid flight To rescue the mermaid maiden from cruel and desperate plight 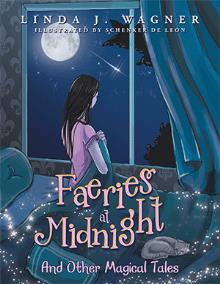 Through unwavering hope, faith, and love and against all earthly odds, divine intervention mystically bestows upon a young sea maiden a magnificent transformation. Desire, belief, and strong conviction enable a miracle beyond human comprehension. In the classical tradition of literary excellence, this poetic tale is reminiscent of many faerie tales of centuries ago. This is more than a story. It is a mystical experience beyond compare. It is also a tale of extraordinary literary merit. The reader will transcend ordinary reality and travel through a realm of beauty, magic, and miracles.

Linda J. Wagner is a poet, author, and teacher. She holds a Master of Arts in Education and a Bachelor of Arts in Liberal Arts. Ms. Wagner has been an educator professionally and in heart for twenty years. She values literary artistry and merit above all else and receives creative inspiration for her work through her literary and creative studies. Ms. Wagner’s goals are to educate, inspire, and create for children and adults. She lives in a quiet country cottage in Ashland, Ohio, with her son, Collin.