Create Your Happiest Life from the Inside Out

Live from Your Heart and Love Your Life! 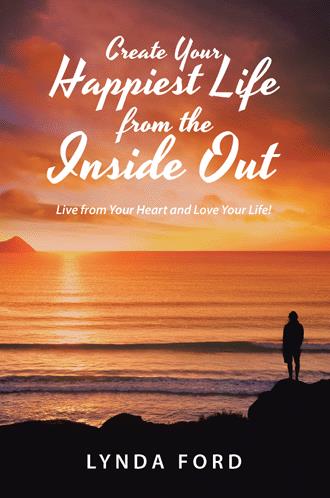 If you continue on the same road you always have, it will be predictable and familiar, but nothing will change for the better. In this guide to living life to the fullest, you’ll find out how to discover the ‘why’ behind all you do and take responsibility for where you are right now. Lynda Ford, a certified life coach and holistic counselor, shares the key ingredient to creating an extraordinary existence: engaging your heart with your mind. With her guidance, you’ll learn how to: • Face, fix or manage current life stress and tension; • Pursue goals that seem impossible – and achieve them; • Overcome fear and develop trust in your heart-driven, inner voice; • Cultivate optimism and take inspired action. You’ll also discover how to activate a meaningful, self-directed life; gain tips on recognizing and solving problems and learn to make ‘change’ your new best friend. Filled with insights from the Dalai Lama, Mahatma Gandhi, Martin Luther King Jr., Tony Robbins and other visionaries, this uplifting and empowering guide will help you Create Your Happiest Life from the Inside Out.

Lynda Ford, a certified life coach and holistic counselor, lives in the beautiful Southern Australian bush. In this fast-paced material world, she believes it is important to reclaim one’s connection with nature. Her career has reflected a love and curiosity for people and nature. Visit: www.wildbanksia.com to learn more.