A Commitment to Nonviolence 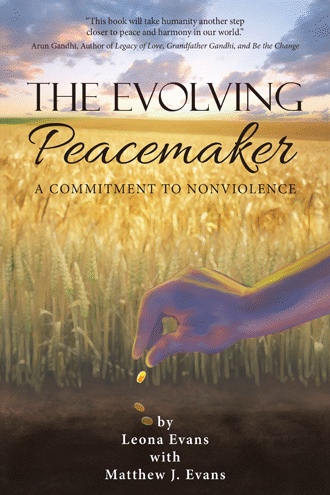 Is it possible for humanity to exist indefinitely in a world overrun with wars, intolerance, and terrorism? Will our civilization that is steeped in centuries of violence eventually learn how to interact with others in more respectful and compassionate ways? We are running out of time and unless we work at creating a new paradigm for living and find new ways to co-exist we will literally force ourselves into extinction. Can we make this enormous shift? Are we humans capable of actually lifting our consciousness from a culture of violence to a culture of peace? Before we become overwhelmed by a sense of hopelessness let us pause to consider the amazing ingenuity and inner resolve of the human spirit to accomplish things that have appeared to be impossible. From the great pyramids to walking on the moon to finding cures for diseases using advanced technology humanity has proven, time and again, to possess an unwavering tenacity and a potential for greatness that goes beyond anything we could possibly imagine. No matter how hopeless the circumstances might seem, humanity has always prevailed and risen above adversity. Yes, I believe human race can and will make the necessary choices to create a safer, more compassionate world for our future generations. The blueprints for success exist in every soul and are written in every scripture. They have been voiced by great visionaries whose lives and teachings are powerful examples of how high humanity can soar when we choose to value the best in ourselves and others. One of the greatest of these visionaries is the legendary Mohandas Karamchand Gandhi (1869-1948) who was given the title of Mahatma, which means “Great Soul.” Mahatma Gandhi gifted the world with a timeless philosophy of nonviolence and in 1947 helped bring India to its independence, an achievement that was widely assumed to be impossible. Gandhi inspired other great teachers such as Martin Luther King Jr., Nelson Mandela, and the Dalai Lama. Today Gandhi’s legacy lives on in the work of his grandson Arun Gandhi whose lectures and writings have helped keep the Gandhi vision alive and whose words have inspired me to put these ideas on paper. Without a doubt these are very challenging times and there is a great deal of unrest in the world. People are being tortured and killed on a daily basis and we are bombarded with conflicting points of view by political experts from one end of the spectrum to another. There is cruelty and violence all around us. We are frightened for the future and helpless because we don’t know how to make a difference in the world. It is time now to see that our only alternative lies in making a difference within ourselves. “When I despair, I remember that all through history the way of truth and love have always won. There have been tyrants and murderers and for a time they can seem invincible, but in the end they always fall. Think of it … always.” Gandhi

What does our future hold? Is it possible for humanity to exist indefinitely in a world overrun with wars, intolerance, and terrorism? Will our civilization that is steeped in centuries of violence eventually learn how to interact with one another in respectful and compassionate ways?

The Evolving Peacemaker: A Commitment to Nonviolence seeks to address these issues by taking a compelling look at the timeless teachings of Mahatma Gandhi, one of the most respected and influential figures of the twentieth century.

Beginning with a foreword by Arun Gandhi, celebrated peace activist and grandson of Mahatma Gandhi, The Evolving Peacemaker takes the reader on a compelling journey of self-discovery.

Evans states: “We are frightened for the future and helpless because we don’t know how to make a difference in the world. It is time now to see that our only alternative lies in making a difference within ourselves.”

The Evolving Peacemaker is a thought-provoking and inspiring guide to becoming the change we wish to see in the world.

Leona Evans holds a master of arts in religious studies. She is an ordained unity minister, a spiritual counselor, and a former chair of the metaphysics department at Unity School for Religious Studies. She is the coauthor, with Carol Keefer, of two books: Nothing Is Too Good to Be True!, which was also translated and published in Russia, and Spirituality and Self-Esteem. In addition, she coauthored and narrated a two-CD set, Meditations for Transformation: Awakening the Soul through the Enneagram. Ordained in 1985, Evans has been the minister at Unity of San Luis Obispo, California, for the past twenty-two years, during which time she has taught numerous classes on the power of the mind to shape our destiny. Leona is an accomplished speaker and teacher, and her positive messages have been heard on radio and television stations throughout the world. Evans is a former Broadway actress, recording artist, and cabaret performer, whose theatrical career of more than thirty years began when she was a small child. Eventually she was guided to study world religions and chose the ministry as a way of helping people understand that nonviolence among religions begins with the realization that the same God of love dwells in all people. Evans is the proud mother of musician, filmmaker, and actor Matthew J. Evans, whose rich contributions to this volume have added author to his considerable list of accomplishments. Leona is available to present her workshops and seminars at business conferences, spiritual centers, and educational venues. An accomplished actor, musician, and award-winning young filmmaker, Matthew J. Evans was born in 1996 and is a native of San Luis Obispo, California. He played a feature role in Columbia Pictures’s comedy Bad Teacher, for which he received a 2012 Young Artist Award in Los Angeles. A frequent guest star on a number of network television shows, Matthew appeared on the Disney XD series Lab Rats in 2014, for which he won another Young Artist Award. In 2015, he played a dramatic role in the feature film Dismissed. A professional musician, Matthew sings and plays double bass, acoustic guitar, and bass guitar. He is also a documentary filmmaker, whose mission is to produce movies and videos that entertain, educate, and inspire audiences to find value and meaning in their lives and in the world. In 2010, Matthew produced and directed a short film called A War Story, A Love Story, which won Best Documentary and Best in Festival at Interlochen Future of Cinema International Film Festival. In 2011, Matthew produced and directed a documentary short film called Poetic Justice Project, which won Best Student Documentary at the Spirit Quest Film Festival in Pennsylvania, Best Young Filmmaker Documentary Short at the Red Rock Film Festival in Utah, and, in 2014, the Gold Jury Prize at the Social Justice Film Festival, Youth Visions Competition in Seattle. In 2012, Matthew produced and directed a documentary short film called A Quest For Peace: Nonviolence Among Religions, featuring interviews with Arun Gandhi, grandson of Mahatma Gandhi. During 2013–14, the film won awards at nineteen film festivals throughout the country. A highlight of Matthew’s filmmaking career was receiving the first Teen Art of Making Peace Award in September 2014 from the Peace in the Streets Global Film Festival, presented to him at the United Nations third High Level Forum on a Culture of Peace by Former Under-Secretary-General Anwarul Chowdhury. Author, speaker, humanitarian, and renowned peace activist Arun Gandhi has devoted his life to the philosophy of nonviolence as taught to him by his legendary grandfather, Mahatma Gandhi. Arun says he’s frequently asked if Mahatma Gandhi’s teachings are relevant today. “His philosophies are based on love, respect, and understanding. If we question whether his philosophies are relevant, we question whether love, respect, and understanding are relevant.” Arun calls himself a peace farmer. “Just as a farmer goes out into the fields and plants seeds and hopes and prays that he gets a good crop, I just go out and plant seeds and pray that those seeds will germinate.”