The Travels of a Cheetah 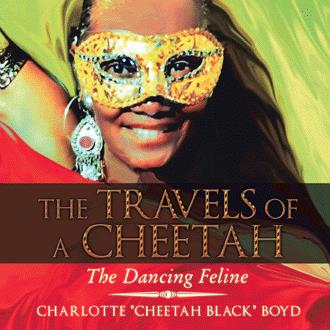 Unfortunately, I was accused of working without a visa. The Malay immigration authorities seemed to enjoy harassing me, because I was an American woman. To me they created a tremendous amount of stress. I never worked without a working visa. I had to renew my visa that day, and was told I had to leave the country. I was stunned and asked why, they responded accusing me of working without a proper visa. I stated that it was a lie that I have five passports at the house all with working visa for their country. Yet I was told to leave in two weeks. My dear friend Terence told me not to worry, but I was worried, because I had done nothing wrong against the government. Later I learned it was a political abuse to foreign women who dressed not like the local cultural women. My friend Terence was able to get help for me which allowed me to be able to come and go into the country without being harassed.

The Author traveled to many countries as an American woman. She is a professional dancer, singer, model, and teacher whose challenges were frightening, at times, and other times, wonderfully exciting. As a foreigner expected to respect and obey the immigration laws of each country, the Author and her partner, Ben, did just that. Yet the immigration of a country may or may not choose to be honest in their positions with foreigners. The author was told to leave the country when accused of working without a proper visa. The author stated the accusation was false, however, events that followed resulted in a positive outcome for the author, yet the situation affected how she would feel regarding the country, afterwards.

My unique voice shares experiences many people would love to have – the opportunity of a lifetime! As Professional International dancers, Ben and I have thrived during the good and bad times, endured the trials and joys of entertaining people, and were successful in many parts of the world.