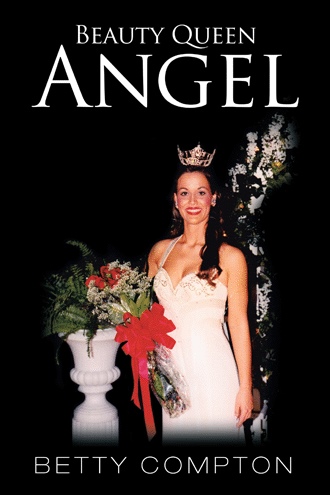 Introduction I have always been a skeptic with anything that was supernatural! I believe there is a logical answer for everything. I don’t believe fortune-tellers can see the future. They are just good at reading your body language. Ghosts and spirits are not real. They are only images cooked up from our fears and imaginations. I have no faith in people who profess to seeing miracles, seeing angels, or saying that God speaks to them directly. You see, I believe God speaks to us through his word. We talk to him through prayer. How many times have I heard, “God is no respecter of persons”? He doesn’t favor one of his children over another. I’ve always believed angels were around us. I’ve read that they are often sent as messengers. Other than that, I never gave them very much thought. My main concept of an angel was the figurine that was placed on top of our Christmas tree each year. I do not have a logical answer for the spiritual incidents I have witnessed. Before these strange experiences, I would have said, “There’s no way, this is real.” Writing this book has brought back memories that I’ve kept hidden for a long time. It’s made me relive intense feelings and forgotten terrors! These experiences happened during the most traumatic times of my life. That trauma is what’s so hard to relive! I’ve never told anyone my story—not my husband, my family, or my doctors. The realization did not happen at one time. I’ve been searching for answers for thirty years. I couldn’t decide what was real and what a figment of my imagination was. Each experience brought me closer to an answer. I also didn’t want people to think I was some kind of fanatic! People would not feel secure around me if they knew all the strange things I have seen. They sure wouldn’t trust me to teach their children. I just put it out of my mind. I’ve been busy working and raising my family. I didn’t want to complicate my life. Especially when I wasn’t sure what I had seen or where it came from. Most of my life I have been in denial. I could not admit, even to myself, that these strange happenings were real. Reading this book, you probably think my life was miserable. If this was all there was, it would be. This is not my whole life’s story. I’ve had everything that is important—love, family, friends. These brief instances have happened during a sixty-five-year span of time. They have only consumed minutes of my life. Have they made a big impact on me? Yes, but nothing like the impact my family, friends, church, and career made on my life. I have encountered spirits. Some were angels; others were something other than angels. My own spirit has left my body numerous times. On a few occasions, I’ve possessed psychic abilities. I do not consider myself a spiritual medium. I don’t think I have received any special message through the angels. I am no oracle who can predict the future. Strange things were happening to me. I did not realize they were angels until after I had a near-death experience. I was in my early fifties. After almost dying, I acquired the ability to see angels—not in my head, but with my real human eyes. I also realized their presence in my past. I stood next to angels as they comforted me at different times of my life. I relived these experiences as if I were there, the first time it happened. I’ve identified characters by past memories and feelings. If I call a spirit: angel or demon, that is what it looks most like to me. I will share some of my theories at the end of the book. Yes, I said theories, because I am not one hundred percent sure of my explanations. These details show what I felt and what I believed was happening. There can be a difference in what I saw and what I perceived it to be. I have experienced more than twenty major spiritual episodes. Several were life threatening. Most were life changing. All of the episodes, made me realize, they were from a higher power than myself. Sprinkled among the big episodes are many small incidents. Most are intuitions, vibes, or feelings. Seldom am I even aware they are happening. I often realize something that I was not aware of. Then I will ask myself, “How did I know that?” The following chapters contain some of my most profound experiences. 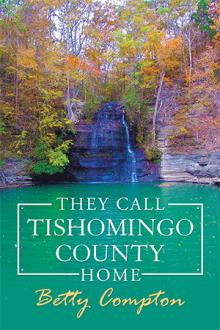 Enlightened by a near-death experience, Betty not only sees angels here and now but she also becomes keenly aware of their presence throughout her life. Suddenly strange, unexplainable things are brought into focus. Angelic interventions are witnessed as if she were present and watching as they took place. How is this possible? This perception was not viewed with normal human sight. With a super celestial sense, Betty experiences the most unfathomable feelings of love, beauty, peace, and understanding. These feelings are immeasurable! Nothing in this world can compare to them . . . because they are not of this world.

Betty Compton lives in a small town in Northeast Mississippi near Pickwick Lake. There she enjoys retirement. She spends much of her time in Germantown, Tennessee attending activities with her grandchildren. Betty is an avid sponsor of children’s theatre and the historical society. A student of genealogy, she is the author of several accounts of early settlement in Tishomingo County, Mississippi.