by Wendy Adams & With The Holy Spirit 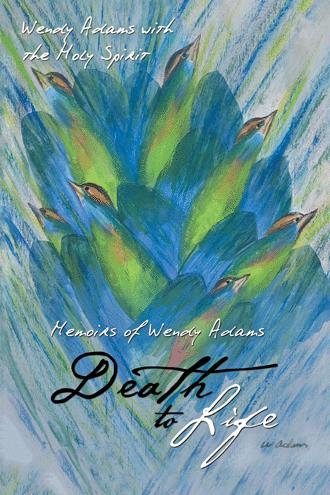 When author Wendy Adams was forty-five years old, a visiting Christian minister laid hands on her in a church. She fell to the ground because of the power of the Holy Spirit that was upon her. Transformation occurred immediately. From an angry, aggressive, revengeful, suffering fighter, she became a healed, understanding, and compassionate warrior for the Lord. Adams discovered he’d been with her all the time.

In Death to Life, she shares her life story beginning as a little girl growing up in the Blue Mountains. She narrates how she was bewildered and frightened by her fathers’ bizarre and violent behavior. She tells how she learned to overcome her fear and trauma by finding replacements that gave her peace and happiness for her sanity and control over her life. As she matured, the dislike for her father and her survival instincts became stronger than the fear of him, and she developed into an aggressive, strong-willed, independent young fighter, traits that nearly killed her.

Encouraged by the Holy Spirit to write this memoir, Adams offers her story as a message of hope to others. Wendy Adams, a Christian, is now retired.

In 2019, Death to Life won a book award in the bookexcellenceawards.com competition, becoming one of 10 finalists out of 3000 entries.

To view or purchase prints of artwork, go to wendyadams.com.au
The link for the book trailer on U-Tube is https://youtu.be/YYazPfwBWaU.