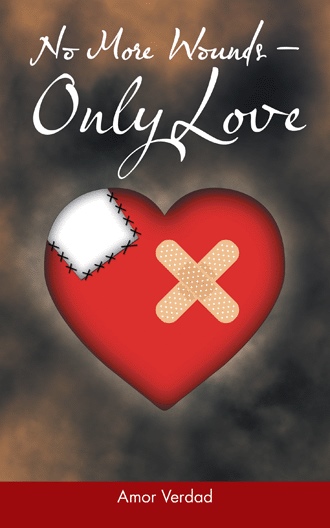 This is the inspiring story of Amor, a woman who despite growing up in an unstable home environment believing she was unworthy, unlovable and unwanted managed to survive her early home life, a move to Australia, her lack of education plus an unhappy marriage.

After the break-up of her marriage, Amor began to seriously look at her spirituality and was introduced to the amazing book A Course in Miracles. At first because of her limited education, Amor had difficulty reading the book; however, after asking the Holy Spirit to help her she persevered and today she has incorporated its principles into her life.

ACIM has taught me to look within for the answers for everything I need. I have learned to forgive myself, and to forgive others by focusing on love, and being honest with myself with everything that comes up in my mind. I believe everyone is a reflection of me, and treat them as I would like to be treated.

Amor was guided to write and share her own story with no expectations of outcomes. She trusts that this book will assist others in similar circumstances to discover their own true natures and realize it is never too late to choose No More Wounds - Only Love.

Amor Verdad’s passion is to guide others to open to the Voice for God. In her groups and workshops, she shares her own dramatic story honestly and teaches that, by taking responsibility, we can learn how to forgive ourselves and others, resulting in the healing of both physical and mental wounds.