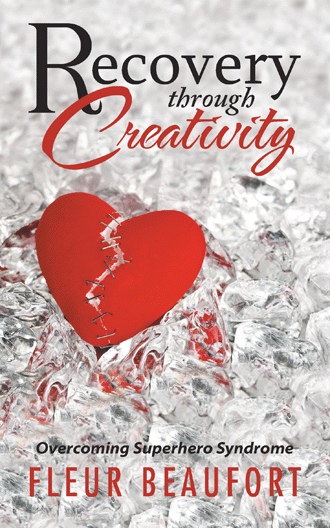 Chapter Four - Co-Dependency Excessive emotional or psychological reliance on a partner, typically one with an illness or addiction which requires support! During my several decades as a co-dependent, I thought of myself as an exceptionally kind human being. A person who was willing to help others and give unconditional love. It did seem strange that many people didn't share my world view! My co-dependency had many manifestations.  Obsessing about other people's problems.  Buying gifts for others.  Spending an excessive amount of time gift shopping  Thinking that "things and money" would solve money problems.  Feeling completely responsible for the needs of others, especially family members.  Assuming responsibility for other people's problems.  Anticipating people's need and organising my life so I can meet them.  Teaching others to be helpless and irresponsible by bailing them out from their problems.  Being unwise with monetary support.  Constantly organising.  Finding ways to make things easier for others.  Telling others how to improve their lives.  Neglecting self-care because I am so busy looking after everyone else.  A false sense of self-esteem. The more I helped others, the better I felt about myself.  Becoming enmeshed with others.  Hypervigilance.  Lack of boundaries.  Anxiety.  Illness  Stress  Avoidance (people, experiences)   IT’S ALL ABOUT ME It’s all about me! I wish it really was My life seems full of other people's strife It’s all about me you know I try so very hard To keep myself on task without other people's lies Sometimes I let go just long enough to get a taste of life But before I’ve taken more than a whiff I’m back to where I started It’s all about me You know it really is I’d be a fantastic person If I ever get to have a life That isn’t full of other people’s stuff Their woes, their fears their stress I always seem to be stuck right in a grimy heap of mess Oh I do keep saying it won’t happen anymore But before I know it I’m enmeshed in it once more Anna Cannon 2013 My life was just one big drama moving to another big drama. I thought that other people created the drama. I thought these are not my problems; I'm just affected by them. My thinking was faulty. I believed that other people had created these dramas, not me! It wasn't anything to do with me; I was just helping them out of the great big pile of drama that they had created. If they had just listened to me, they wouldn't have made these mistakes, would they? "The most important relationship I have is with myself!" I had some very confusing ideas about love. I thought loving others meant that I had to put everyone else's needs ahead of my own. Wasn't that the essence of unconditional love? I didn't question how much money, time, effort, work it is, I just gave it! Just like that! I would devise creative ways to help other people. I would find ways to make extra money so I could give them more money. I would scrimp and save to be able to help others, but I wouldn't consider helping myself. I felt like nothing was sacred, nothing personally belonged to me anymore. Instead of feeling wonderful, I felt guilt and shame. If my friends or family needed me and I couldn't help them enough, it was my fault. It was my fault they didn't have enough, didn't know enough and didn't have the resources to cope. If I was stronger and more loving, I could fix anything! Super Hero Syndrome consumed my thinking and being for nearly two decades. I thought I had so many things to make up for. I had to make up for the unkindness and lack of love that my children had experienced from other significant people in their lives. I had to make up for the lack of finances that I had while my children were growing up. I had to make sure my children had more of everything. More love, more time, more things. I constantly gave things to my friends and family, never realising for one moment that I was creating problems for them, not solutions. I was carrying so much fear and guilt that I made a super-human effort to love others so that they would not feel abandoned as I had. I cleaned houses, babysat, helped people move, bought people essentials and non-essentials, bought their clothes, shoes and paid for medical care. I took on their life responsibilities as my own. I paid a high price for it. I felt like no-one loved me and the more I helped others, the more they seemed to ignore me and distance themselves from me. I put far more effort into the lives of others than I did to my life, yet in spite of this, I continued my education, receiving a bachelor of arts in music and then following up with post-graduate study. I also complete several music diplomas, ran concerts and worked full time. My accomplishments tried to fill the gap where love should have been, but it never did. I was so busy being nice to everyone else; I never had time to be nice to myself.   TOO NICE? Mouth smiling, Eyes glassy like daggers shining never igniting! Appropriate words Complying now Under a sea of resentment appearing kind! Open spaces no fences boundaries or protection! I'm too busy being Too nice Like a child compelled to behave in case they get punished Like a truculent puppy running for cover Fury clothed in niceness threatening to erupt abruptly changing the face of the landscape Anna Cannon 2015

One of the troubling aspects of abuse is that you often don’t recognize it until you’re caught in its insidious web.

Fleur Beaufort did not deal with her abuse until she started writing poetry. She could not talk to others about her trauma, but when she immersed herself in creative writing, she started to heal.

Expressing herself through poetry and song helped her process and deal with her emotions and traumatic memories, but she still had to learn how to love herself. She made headway when she began making positive affirmations—something she continues to this day.

She shares how she overcame the trauma of the past by learning lessons such as:

She also explains how to recognize abuse, why some people abuse others, what you can do to stop abuse, and where to go if you need help.

Join the author on a journey laced with poetry, self-discovery, and useful information that moves toward Recovery through Creativity.

Fleur Beaufort is a composer, music educator, and writer. She believes that if our work leaves an impression or touches others, then we’ve been successful. She graduated at age fifty with a bachelor of arts from Massey University and earned a post graduate diploma in arts from Otago University. She lives in Invercargill, New Zealand, and enjoys spending time outdoors with her husband.