How Changing Other’s Lives Can Change Your Own 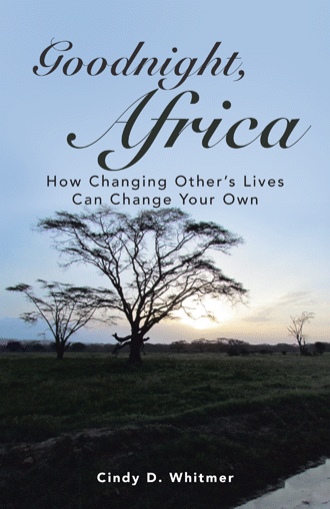 Day Six The days started to run together. At home, we heard it was very hot (103 degrees), while here it was rainy and chilly, the tail end of winter, less than 60 degrees. I woke to African music blasting at 5:30 a.m. I figured out later it was probably how the cooks got started with joy and energy in the kitchen. I couldn’t get back to sleep. I listened to the music along with all the animals singing their morning songs. Debbie and I were prompt for our departure time, and again there were always reasons the group left later than planned. Remaining patient with a relaxed attitude was very important. We arrived at the church in Gil Gil where we were conducting our first women’s conference. The terrain was horribly rough…dirt, rocks, and potholes that would trip a dinosaur! The organizers greeted us and helped us get settled in. No women had arrived. Around 10:00 a.m. when we were supposed to start, just a few had shown up. The organizers took us (only the presenters) aside for tea, bananas and pastries called “mandozi.” Delicious. Once again, the hospitality was amazing. Out of respect for the people’s generosity and the cultural tradition of hospitality, it was very important to receive their offerings graciously. I needed a restroom. Oh dear. I was led behind a tin door to a short dirt path to a tin outhouse that had a hole in the ground with two cinder blocks beside the hole to squat on. At least there was toilet paper. There were chickens right outside the door. It smelled. I tried but couldn’t go. I was so scared I would fall over in the dirt and other “stuff.” I was not very coordinated holding up my skirt and bending my knees so far down. Besides the physical discomfort, I realized I had some psychological barrier to doing this that Freud would probably have been thrilled to analyze. I don’t even understand all the reasons and I’m certainly not a princess, but I just couldn’t go. (How do they do it?) At last we had a full congregation of women. We began 75 minutes late. We did well, provided lots of practical information about physical health, nutrition, emotional well-being, and building dreams. The participants seemed engaged and interested in what we had to share. They took notes and asked good questions. This was my first experience working with an interpreter, and I was amazed at her ability to not only translate my words but also the context and emotion in which I shared them. However it was also another practice of patience because I had to say a line or two, then pause for her to repeat it in Swahili, then do this again and again. All of our interpreters throughout the week amazed me. They worked so hard, concentrated so deeply, and translated with such expression. I truly admired them. (Although, technically, I have no idea what they told the women I said! Smile.) We ran out of time before we had given all our information. The women sang a lively, joy-filled song with abandon when we began and another when we ended, then added an English version so we could sing along. Then we handed out participation gifts: mosquito nets and toothbrushes. I was asked to give each person a toothbrush. As I went from woman to woman, I started to notice the looks in their tearful eyes, the warm smiles of relief, and the deep appreciation on their faces. They were thrilled! I felt I had handed them gold. This was a bit confusing to me, actually. Then they served lunch which was colorful, healthy, and delicious, Women came up to us and expressed appreciation and asked if we could stay longer next time. Some said they loved us. Many blessed us. One woman worked in a mental health unit of a hospital. All of the psychiatric care is paid for by private foundations. People can stay indefinitely inpatient as needed. As a licensed professional counselor, I cannot count how many times I wish that had been possible in America! In that moment, I realized our nation could benefit from the wisdom of this country’s practices in some ways, not just the other way around. I felt good about what we did but at the same time sorry I couldn’t meet and know each woman personally. Everyone has a story and I could only guess what each one had been through. I hoped we made a difference. When we got into the car afterwards I asked, “What’s the big deal with the toothbrushes?” Because this was my first women’s conference, I really didn’t understand everything yet, especially the participants’ emotional reactions to receiving one toothbrush. Seasoned team members explained to me that toothbrushes are considered a luxury in rural Kenya. People do not have access to them, nor could they likely afford them if they could travel to where they are available. They told me each woman would likely go home and share that toothbrush with all the members of her family until it fell apart. Usually, what they “brush their teeth with” (if they brush them at all) is actually chewing on the bark of a tree which has qualities that are supposed to help with dental hygiene. All my life, I’ve never known the value of a toothbrush. I was speechless.

Ever been to Africa? Take an adventure with the author as she travels to a third-world country on a mission trip and hear firsthand how she planned to change people’s lives and ended up being changed herself most of all! Ms. Whitmer’s heartfelt account of this life-altering journey will no doubt stir your soul, ignite your generosity, and support you in finding your way to a life of greater contentment. For more information go to www.cindydwhitmer.com.

Cindy D. Whitmer is a life coach, counselor, writer, and speaker who has been supporting people in creating the personal and professional lives they truly want for over 25 years. She has traveled extensively to 49 states and seven countries on four continents which she believes enhances her understanding of people and the issues they face. Along with her wide range of life experiences, professional expertise, and extensive training, she brings deep compassion and respect for all people and genuinely delights in the unique perspectives each person offers. She lives her belief that we are here to serve each other and strives to do so wherever she goes. For more information go to www.cindydwhitmer.com.