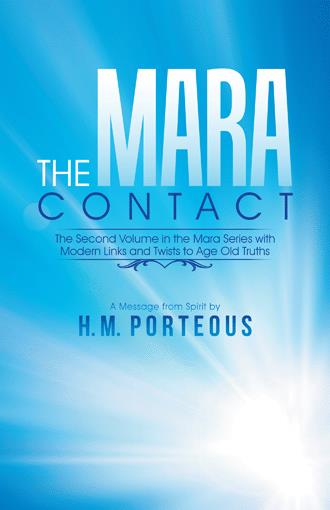 Imagine for a moment that you are standing in front of a curious audience and you are being asked questions about the unseen things of the world, the ghosts, the goblins, the spooky and the unusual. Would you be able to answer any of the questions with a modicum of certainty? Every adult at one time or another gets asked questions of this nature, they get asked what they believe about these mystery subjects and they have to verbalize their beliefs. Do they know anything for sure? Do they not believe in things that go bump in the night? If they believe in something, then what is it? To be curious about the unseen worlds and the inner landscapes is a human trait that cannot be ignored. If this subject is deliberately and persistently ignored by someone then it shows to everyone else that this person is rejecting and holding in contempt their connection to the Universal Golden Cord. It shows an isolation of self that is both selfish and blinkered. So, do you have curious thoughts about ghosts, goblins and spooky things? Now, imagine you are standing in front of a group of children, maybe there are four eight year olds clustered close to you and you have just been asked the question "What are ghosts? Have you seen any?" and this is one example of a thousand like minded questions that can be asked by the young ones on this subject, and what is more, probably many of the questions come at you at the same time. You are the adult and expected to know the answers, so what would you tell these four children? Would you make up a story, or chase them out of the room so that you do not have to answer? Or would you do whatever it takes to ignore talking about universal laws? Well here is a condensed version of what ghosts and spooky things are. Please bear in mind that this is an extremely basic, simple and naive explanation, but it is enough to allow you to become wisdom personified in the eyes of the children. Begin your talk by saying, yes there are things that live in other worlds and these 'float' around sometimes with bodies and sometimes without bodies. There are many other worlds that the human eye cannot see and a quick example of this is to explain how the nocturnal creatures see a different world to the human world because they use their eyes differently. And these nocturnal creatures live next door; in fact there are probably some in the gardens where the children live, and that the nocturnal world is a totally natural world no matter in what unusual manner its occupants 'see' things. There are so many of these other worlds to draw example from: like blind worms flowing amongst the grains of sand far down into the earth. These worms 'see' with other senses and inhabit a strange world that is different yet so close to the spaces that the children call home. Other examples include the deep sea creatures that live in alien worlds to that of humans, they see differently and are at home in strange pressures and weird environments. They truly are different worlds. And some of these creatures you can actually see through, so think about all the adaptations that are easily seen from the physical level, things that the children may have heard about and at some time may have even seen images of them on the television screen. There are so many wonderful nature documentaries that document strange, weird and spooky other worlds. See how many of these worlds you can come up with in your own physical reality. The children can join in with this exercise and will come up with their own lists. Now as you and the children grasp the idea of all these worlds and strange creatures that live on the planet, suggest that these strange worlds, strange levels and strange creatures, do not stop at a fence line somewhere up in the air but keep going so far that their eyes cannot see them. It is then easy for them to understand that these weird things do not stop just because the human eye does not see them. Ghosts and things that are different are just the ones that live on some of these other worlds. sometimes other worlds are fairly close to the world the children live in, they only have a slight difference in orientation and it is this that takes them out of sight. Sometimes these worlds can bubble out and enter the physical realities. this is a natural happening, as natural as the fact that you can dig down and actually see a blind worm swimming through the sand that makes up its home. In this same manner of altering where you look, so can other souls make an effort to see what you and the children are doing in your local world.. See, it is all quite natural. You look at the worm...spirit ones look back at you. The next thing to say to these curious children is this: they need not be afraid of these unseen worlds because these worlds all existing on their own special levels of vibrating energy, and the denizens of each world are doing what they have to to do and that in truth what they do is similar to what the children need to do. They all have to learn and use wisely the Universal Laws of Creation It is like having different classes in different schools. Each class has things to learn and experience, always different from the class next door and sometimes one of the things that they have to learn about is the next level or new world with its strange ways and alien environment. 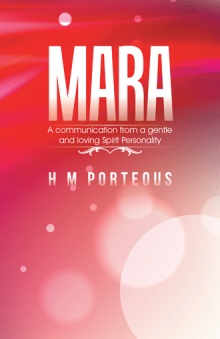 From her vantage point within the Spiritual Realms, the wonderful and loving Mara, the Rose of Antiquity, explains how looking within our physical, mental, emotional, and spiritual worlds help us unleash self-awareness and maximize our personal power. In an inspirational guidebook, the Spirit of Mara shares uplifting words and pearls of wisdom that bring internal drama into the open in an unusual and imaginative manner. Through her advice, others will learn how to understand the mighty powerhouse they are as well as the unlimited possibilities that exist within the framework of their powerhouse. While Mara’s words gently nudge people away from their comfort zones and suggest that they investigate new ideas and ways of looking at everyday issues and concepts, they also encourage reflection inward toward the place where magic happens to find strength and the answers. The Mara Contact shares guidance and wisdom from a beloved Spirit who leads others down a path of enlightenment to become alive in all ways.

H. M. Porteous loves embracing joyful and ongoing learning experiences that push her into profound and unusual situations. Life skills gleaned from motherhood, nursing, opal mining, natural therapies, and art combined with an active imagination and intuition help her understand the hidden side of things. The Mara Contact is her fourth book.